The Egyptian food truck now has a restaurant in Falls Church. 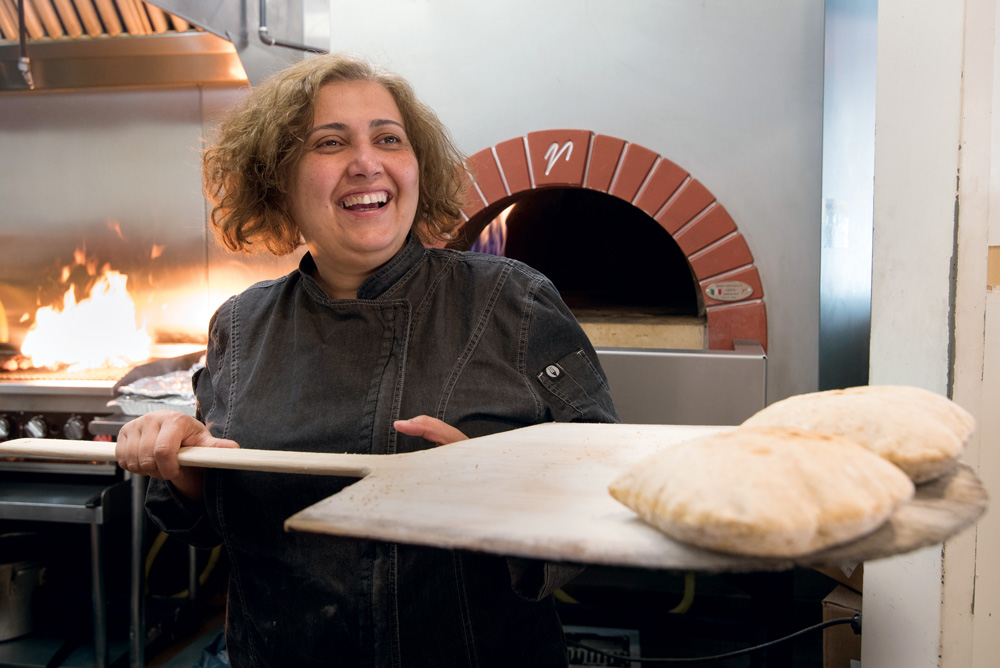 After emigrating to the U.S. from Egypt in 2004, Dina Daniel worked for two inns in Washington, D.C., and then for an American-Egyptian nonprofit called Coptic Orphans. One day she read an article about D.C.’s burgeoning food truck craze and was intrigued. “I always had an office job,” she says. “I had owned an upscale Lebanese restaurant in Egypt, but I had a chef there. I had never worked with my hands before.”

She bought a truck, outfitted it, and in 2013, donned an apron and launched Fava Pot, a restaurant on wheels featuring Egyptian specialties such as koshary (lentils, macaroni, chickpeas and rice with tomato sauce and fried onions); gollash (meat pie); stewed fava beans with red-onion salad; and kunafa, a dessert pastry made with sweet cheese and phyllo dough soaked in sugar syrup.

Customers couldn’t get enough of the truck, which still makes the rounds in Ballston, Rosslyn, Crystal City and Courthouse. So Daniel started contemplating a brick-and-mortar expansion.

Politely ignoring a real estate broker’s advice to forgo permanent space (in light of her inexperience), she wrote to EDENS, the master developer of the Mosaic District. A sales rep there appreciated her moxie and in 2017 suggested one of their properties off Lee Highway in West Falls Church—a space previously occupied by a bagel shop. “She said to me, ‘Dina, this place will be successful because you’ve got passion,’ ” says Daniel, who lives in Falls Church.

Successful it is. On a Tuesday afternoon, I feast on an order of breaded veal escalope and a side of creamy macaroni-and-cheese with cinnamon-laced ground beef, happily scooping up fava beans with aish baladi, a wheat-bran flatbread that’s just emerged from the oven.

What’s next? More Fava Pots, but not franchises, says Daniel, 49. “I’m anti-franchise. I would love couples with the same vision to re-create the concept. I’m working on an operating manual so I can do that. Then I can help people. I have no family here. I’m not married. This is my way of creating a family.”

This Home Makeover Is a Home Run