Music producer Don Zientara has dirt on plenty of rock stars. But their secrets are safe with him. 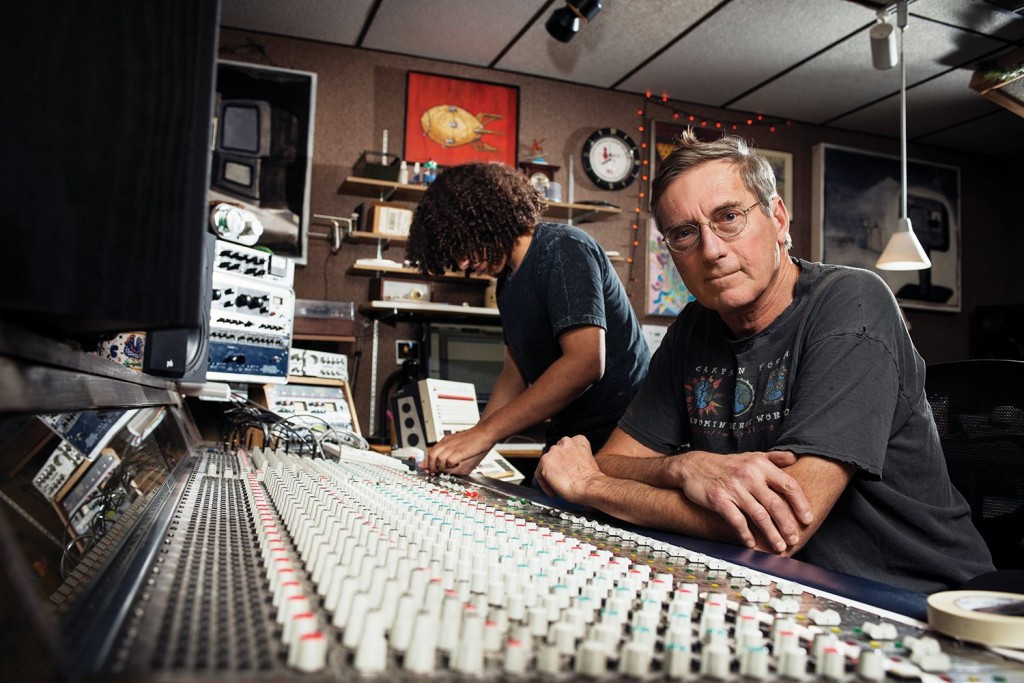 Tucked into a warehouse between auto shops on Four Mile Run, Inner Ear Studios isn’t the sort of place you’d expect to find recording artists such as Dave Grohl, Cracker and Jimmy Eat World, much less studio execs from Geffen, Interscope and Virgin Records.  But they’ve all been there to make music with its owner, Don Zientara.

Like so many others in the music business, Zientara came into the profession sideways. A native of Rochester, N.Y., he earned a degree in painting from Syracuse University and enrolled in a master’s program in printmaking at West Virginia University. But his grad school plans were interrupted in 1972, when he was drafted by the Army and sent to Washington, D.C., to serve as a military artist. That experience led to a job at the National Gallery of Art, where he restored paintings before taking over the museum’s then-fledgling recording studio. Five years later, he went out on his own as a sound engineer, producing albums for Fugazi, Bad Brains and other hardcore punk bands with D.C.’s legendary Dischord Records label.

An Arlington resident for the past 37 years, Zientara lives less than two miles from the studio in Arlington Heights with his wife, Juanita. They have two daughters and five grandchildren. In addition to working with outside bands, he records his own music (he has three folk-rock albums out now), and occasionally he still paints. He doesn’t plan on retiring.

King. I don’t know. Owner. Businessman. Put what you want.

So you started Inner Ear Studios 25 years ago in your basement?

Yeah, at least. Probably closer to 30.

What did you do before that?

How much time do you have?

Did you always want to become a sound engineer?

Even when I was in grammar school I fooled around with electronics, tape recorders and microphones. When I needed a stereo set—this was back in the 1960s—the store clerk handed me a paper bag full of parts, and some wire and a soldering gun, and said, “Here it is.”

You requested electronics training in the Army, right?

Yes, but I never got it. They saw that I had art training, so they said, “Why don’t you come to Washington and draw and paint for the Pentagon?” That’s how I ended up in this area.

Tell me more about what you did as a military artist.

Mostly representational work. They wanted realistic paintings of Medal of Honor heroes, battle scenes and things like that.

How did you switch from visual art to music?

After the Army, I worked for the National Gallery doing conservation work and matting drawings for exhibits. About five years into it, they were setting up a recording studio to record voiceovers. They were hooking up some wires into a patch bay, and I said, “This needs to be connected like this.” Nobody there knew how to connect stuff up. So I was instantly drafted into the electronics department. I spent the next five years recording there.

What prompted you to open your own recording studio?

I went from the National Gallery to a managerial position at a commercial studio doing slideshows and narration. Pushing papers was never my forte, so I left there after a short time. I wanted to do the engineering.

What kind of work does Inner Ear specialize in?

I record mostly music, although I’ve recorded everything you could imagine—voiceovers, political messages, slideshows, films, TV narrations. We only do audio…no video. I’m currently working with Arlington County as a consultant setting up their recording studio right next to mine.

Why would you do that? Do you see them as competition?

Nah, I’ve got enough work. Their operations are very modest and will be open to the community. I don’t think we’re going to serve the same clientele. They are at the pioneering stages and they need help. If I don’t pass on my knowledge, it’s going to die with me.

You’ve had some pretty famous clients.

I guess so. Mostly indie rock and alternative rock bands. We’ve gotten into some pop music, but only artists with an independent view. Not the Katy Perry kind of pop music.

He’s a great guy and a consummate professional. You can see when somebody knows their craft. They have a confidence about what they do. It seems to come easily and without any effort for him…yet you know there’s always a backstory and a great deal of rehearsal.

Any specific anecdotes or funny stories?

What happens in here stays in here. It’s like Vegas. We’re talking about the creative act. It has to be very personal—and the only way to make it personal is to keep it quiet.

You got me. We’re just a studio. I want to have the tools and skills so that when people come in here they can really realize their vision and create what they want to create. There’s no hype, no flash. It’s a factory in a lot of ways.

Have your tools changed over the years?

I have seven tape recorders (we still use them) and about seven computers. When I started out, I got advice from other studio owners. They said, “Get all this stuff and you’ll be set up for the rest of your life.” Now you could hardly say that. There are always upgrades.

Everything but the paperwork.

Have you ever turned down a band that wanted to record at Inner Ear?

My reputation is my advertising. If I feel that I can’t record them properly or deliver on their vision, then I say no. I know this is a very aesthetic judgment, but if I can’t make something that I’m proud of, then, basically, it’s bad publicity. We’re not talking about the quality of the music that the band makes; we’re talking about the quality of what I can bring to the music.

Where do you go for live music in Arlington?

Iota and Galaxy Hut. Those are two of the main places. They do a lot with original music. There are places that have cover bands. I would rather hear more original music.

Do you have a favorite type of music?

No. That’s almost like asking a plumber, “Do you have a favorite inside diameter of pipe that you like using?” I really enjoy most all different styles. What matters is the quality. Bad music can show up in any genre.