For Voters with Disabilities, Another Barrier to the Polls

Voting is more complicated when you have a disability. Now add the threat of Covid. 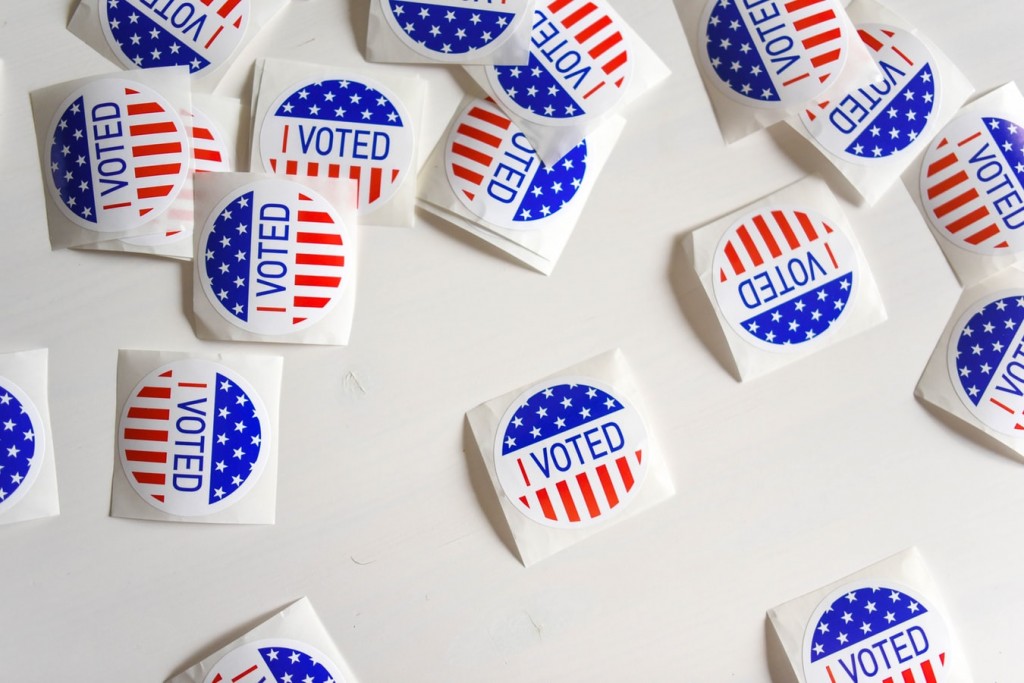 Covid-19 has made voting more difficult and potentially fraught with health risks for all Americans. For many people with disabilities, it has presented an even more formidable barrier to ensuring their voices are heard in this election.

Certain disabilities increase the likelihood of serious health impacts or death from the coronavirus. Many voters with disabilities are scared to leave home and go out to polling locations if it means waiting in long lines and an increased chance of exposure.

Getting to the polls can also be challenging for those with physical limitations that prevent them from driving. Disability advocates note that the pandemic has left many who normally rely on public transportation hesitant to use Metro, rideshare services or buses.

Public transit was out of the question this year for Fairfax County resident Doris Ray, who is blind.  But so was foregoing her chance to vote.

“Being part of American democracy is important to me. It has been since I was able to cast a ballot at 18,” says Ray, who is Director of Advocacy for the non-partisan ENDependence Center of Northern Virginia in Arlington. “Now, with Covid, it is disconcerting when you have to worry about whether you can go in and safely vote, stay healthy and still use the accessible machines and polling places.”

Ray worries that coronavirus precautions in some precincts could jeopardize the voting rights of people with disabilities, as well as other fundamental rights protected by the Americans with Disabilities Act (ADA) and the Help America Vote Act of 2002 (HAVA). The latter requires that jurisdictions provide accessible polling places, voting machines and other accommodations for people with disabilities during federal elections.

According to the U.S. Election Assistance Commission, some 38.3 million Americans with disabilities—roughly one-sixth of the electorate—are eligible to vote in the 2020 general election.

Local advocates estimate the percentage of Northern Virginia voters with disabilities to be consistent with the national average, although the exact number is hard to pin down because of how the Census counts people in long-term healthcare facilities or nursing homes. Citizens who factor into the count may have a broad range of disabilities—including those affecting intellectual, developmental, sensory, physical or motor functions.

“People with disabilities feel like they don’t have a voice in the voting process,” says Justin Dolan, a Fairfax voter with cerebral palsy. “We just want to have a seat at the table like everyone else.”

But even the simple act of filling out a ballot can be complicated for citizens like Dolan. “It is hard for people with disabilities [like mine] to write with a pen,” he explains. ““It is easier to use an electronic system.”

Many voters with disabilities have had no option but to cast their ballots by mail in this election, he says, and not everyone has someone who can help them fill out an absentee ballot from home.

Lucy Beadnell, Director of Advocacy at the Arc of Northern Virginia, an organization that works to protect the rights of people with intellectual and developmental disabilities, says the constituents she works with “are overwhelmingly choosing to vote by mail.”

She says many are scared of going out to a polling location and contracting the virus.

“That is a big difference from usual,” Beadnell says. “Usually the big draw…is that feeling of going to the polls; you are filling out your ballot, you are watching it go into the machine, you are getting your sticker.”

Alyssa Myers, a representative from the Arlington County Voter Registration & Elections Office, says her team has been working diligently to accommodate voters with a range of disabilities.

“If people want to vote in person, they can do curbside voting. They can drive up to a polling location and let the people inside know they would like to vote. We would then bring the proper things out so they can vote from their car,” Myers says.

All Virginia polling locations have Electronic Ballot Marking Machines, as required by the ADA and HAVA, which enable voters who are visually impaired or otherwise physically unable to handle a pen or stylus, to mark a ballot using assistive technology.

Peter Beckstrom, an Arlington voter with cerebral palsy, ended up voting absentee this year, but says he has used an Electronic Ballot Marking Machine with a touchscreen to vote in previous elections. The hand and arm movements required to hold a pen and put the ballot into a standard machine are difficult for him.

Earlier this year, a federal court approved a consent agreement requiring the state of Virginia to give visually impaired voters the option of voting by mail using electronic ballots with screen-reader assistive technology. The agreement was reached after advocacy groups for the blind filed a lawsuit.

“Voters can download the ballot using their own equipment, which enables them to interpret the ballot,” explains Lisa Koteen Gerchick of the Arlington League of Women Voters. “They can then enter their choices on the device, which prints out a paper ballot, which they have to mail back.”

Some accommodations have given rise to questions surrounding the independence of voters with disabilities, how much assistance a voter might need with the voting process and whether that assistance might invite ballot tampering.

Before HAVA, Doris Ray (of ENDependence) always had to bring someone to the polls with her to help her vote. Once the measure passed, she was able to vote independently and privately using accessible technologies.

“It was very empowering to be able to walk into a polling place to vote on my own for the first time,” Ray says. “That is why it was concerning for me with Covid, once they started going backwards to marking paper ballots. We had to advocate to ensure that the accessible machines were still in polling places and accessible to us.”

Just because a person has a disability or needs assistance does not mean that they are incapable of thinking independently, Ray says.

Dolan agrees. He worries that misconceptions to the contrary have caused many like him to be marginalized. “Voting rights is an issue for people with disabilities that is not talked about enough on the news, and it needs more attention,” he says.

He would like to see an expansion of the now 30-year-old Americans with Disabilities Act, as well as an effort to make healthcare more accessible and affordable for people with pre-existing conditions.

An estimated 61 million American adults live with a disability, according to the CDC.

At the same time, advocates acknowledge that the fight for disability rights has come a long way. Ray remembers attending the Supreme Court’s deliberations in Tennessee vs. Lane, a landmark decision that said any fundamental right guaranteed by the Constitution must be made reasonably accessible for people with disabilities.

She feels Northern Virginia precincts have done their best to protect the rights of voters with disabilities amid the pandemic. But she says vigilance is still needed.

The fundamental right to vote “should not be compromised because of the public health situation,” she says. Not for anyone.

Fiona L.Q. Flaherty is a sophomore journalism student at Arizona State University’s Walter Cronkite School of Journalism and Mass Communication. She is also a sustainability minor and a Barrett, the Honors College scholar. An avid writer, hiker, biker and native Arlingtonian, Flaherty graduated from Yorktown High School in 2019. She is currently studying and working from home in Arlington.