Foraging for Food with Chef Jonathan Till

He's bringing the skills his grandmother taught him to the kitchen at Evening Star Café. 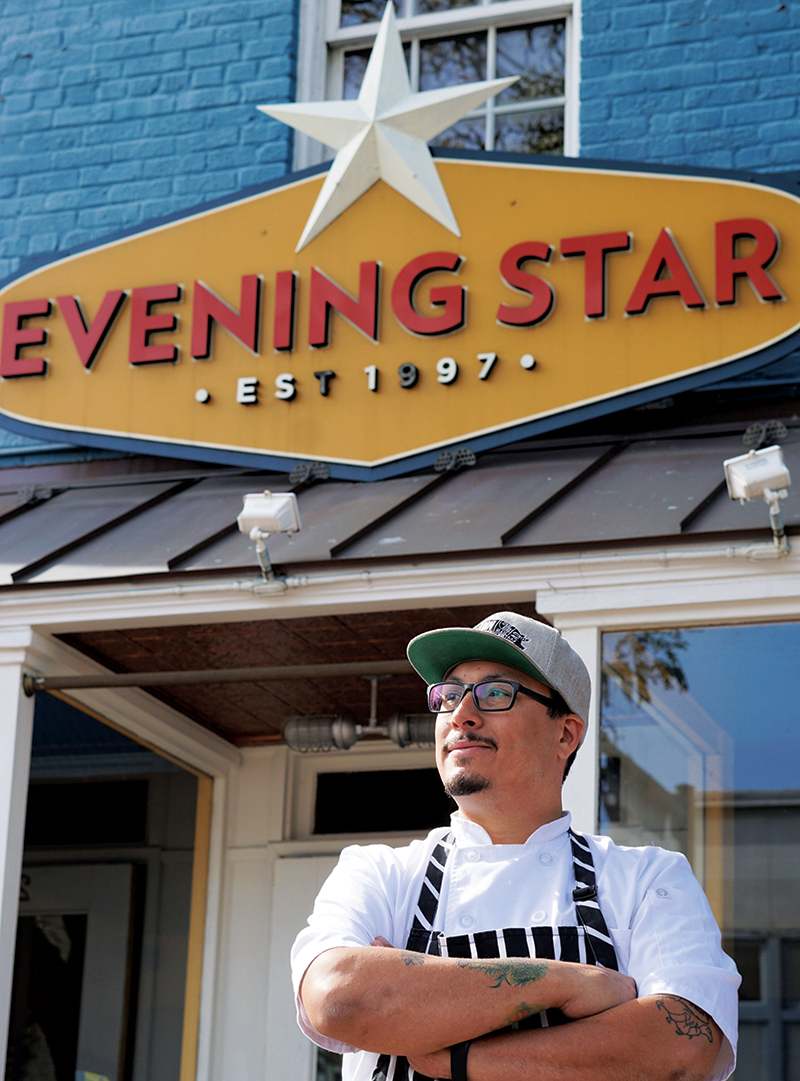 Del Ray’s Evening Star Café has attracted top talent ever since it opened in 1997. With the October arrival of Jonathan Till, a 2008 graduate of the New England Culinary Institute, it has scored yet another coup. The 35-year-old Arlington resident comes from three generations of restaurant folk, by way of Hawaii, Louisiana, upstate New York, New England and Nashville.

Tell us about your foraging.

I’m into foraging, canning and preserving things like my grandmother taught me to do. I had gone to school in Vermont with old hippie teachers—they taught me foraging basics. When I worked at Beekman Street Bistro in Saratoga [New York], I saw fiddleheads and wild mushrooms coming in. A dishwasher who was a forager took me out and taught me what to look for—the soil, the trees, which plants indicate that something is growing in that area. I bought books and started going out every day. I’ve been doing that for 12 or 13 years now.

Where do you go in this area?

I keep within 30 miles; otherwise I get stuck in traffic. There’s a place I go in McLean for pawpaws. A nature preserve near my house has wild persimmon trees. Black trumpets and chanterelles are right down the street from the Arcadia Center for Sustainable Food & Agriculture, in Alexandria. The acorns in our acorn pasta come from the backyard of another Neighborhood Restaurant Group chef.

What changes have you made at Evening Star?

I changed most of the menu, but I left the gumbo, the fried cauliflower, their hummus—which is one of the best I ever had—and the burger. All my dishes are designed to be simple, not lots of components. My philosophy also is, you go out and have something you’re not going to get at home, like chicken brined in a tea I make from chicory roots, then seared and roasted with ground chicory powder. Is someone [at home] digging up chicory? No. Making flour out of acorns to make pasta? No.

How do you make acorn flour?

I grind them by hand. I pick them, husk them and save the shells as wood chips for smoking things. When you soak the meat in cold water to leach out all the tannins, you’re left with something like a less-sweet, earthy version of a chestnut. I dehydrate them, grind them into a semolina-like powder, then I put that flour in a Vitamix and make it finer. It’s labor intensive, but 10 pounds of acorns give you tons of flour.

Acorns are out of season now. What can we expect from spring foraging?

We’ll be seeing stinging nettle, then cattails in May. I’ll track down fiddlehead ferns, ramps and wild watercress. Also, bitter weedy greens like dandelion and chicory leaves. I think I’ll try my hand at dandelion vinegar.

What are your local go-to haunts?