Created by H-B alumni, it’s a wordplay game the whole family can enjoy. Arlingtonians can get it at a discount. 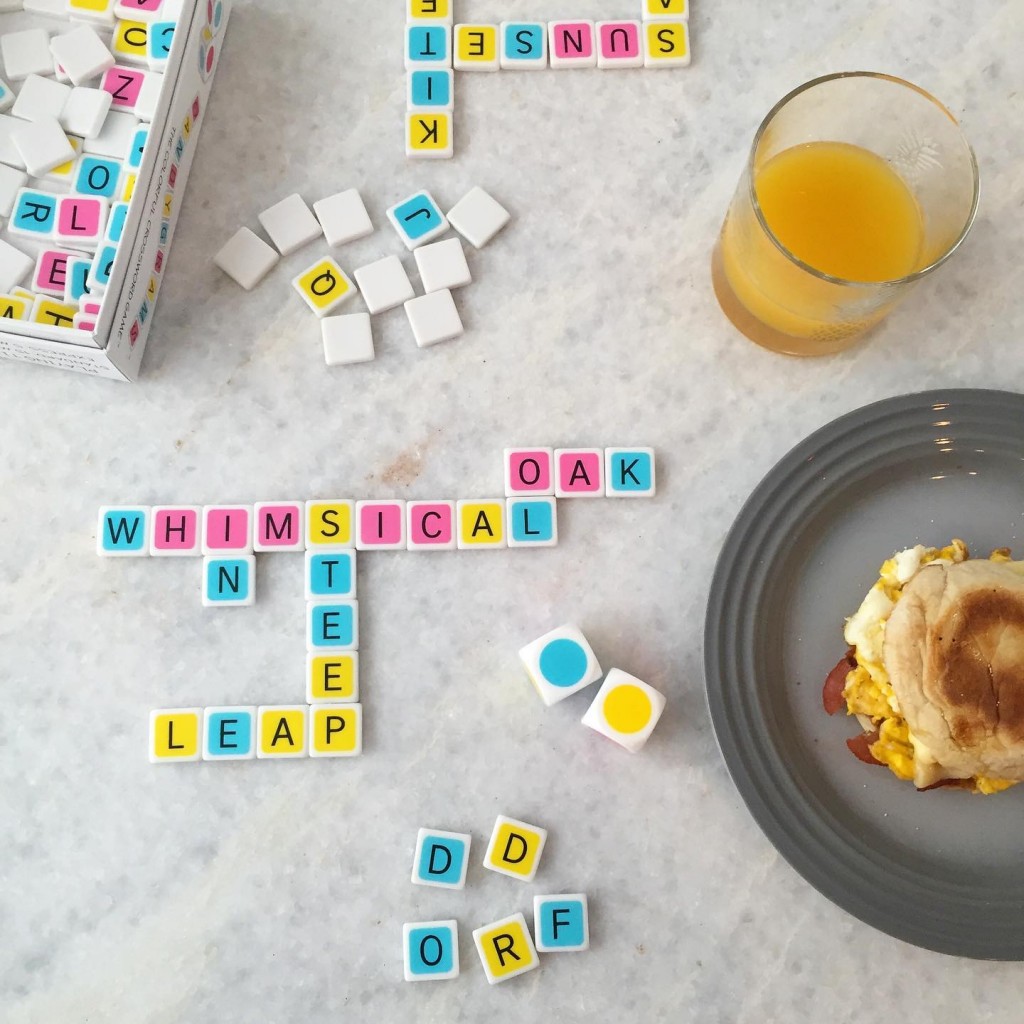 Candygrams, a game made in Arlington. Courtesy photo.

Anais Ortiz and Johnny Landers met as sixth-graders at H-B Woodlawn in 2003. Little did they know they’d one day turn their shared love of tabletop games into a small business.

Now a couple living in Arlington’s Bellevue Forest neighborhood, they are the creators of Candygrams, a colorful, award-winning crossword game for players ages 7 and up. And lord knows many families are looking for something new to play amid this pandemic, having exhausted their stockpiles of card games, puzzles and traditional go-to options, like Monopoly.

Scrabble this is not. Most word games reward the player with the most extensive vocabulary or the fastest mind with rules that follow a point system or call for speed. Candygrams operates with a different set of objectives. Rather than collectively building on the same field of words and letters, players create their own crosswords and don’t have to race while doing so.

This approach helps to level the playing field, Landers explains, by giving players of different ages and reading levels a more equal chance of winning.

It goes like this: Each player starts with 25 lettered tiles and builds one word of any length. Players then take turns rolling dice to determine which leftover tiles they are allowed to use (based on a color-coded system) to build the next word in their own personal crossword. The first person to use all of their tiles is the winner.

The game’s creators have always been competitive. Landers remembers playing Scrabble during one of his first visits to Ortiz’s house when they were teens. Then they moved on to Bananagrams. Neither game left them wanting more, so they eventually decided to create the very word game they were craving.

“We had this really formative experience of do-it-yourself, create-it-yourself, very independent style of learning that helped us a lot when we started thinking about cool things we wanted to do,” Ortiz says, referencing their days at H-B. 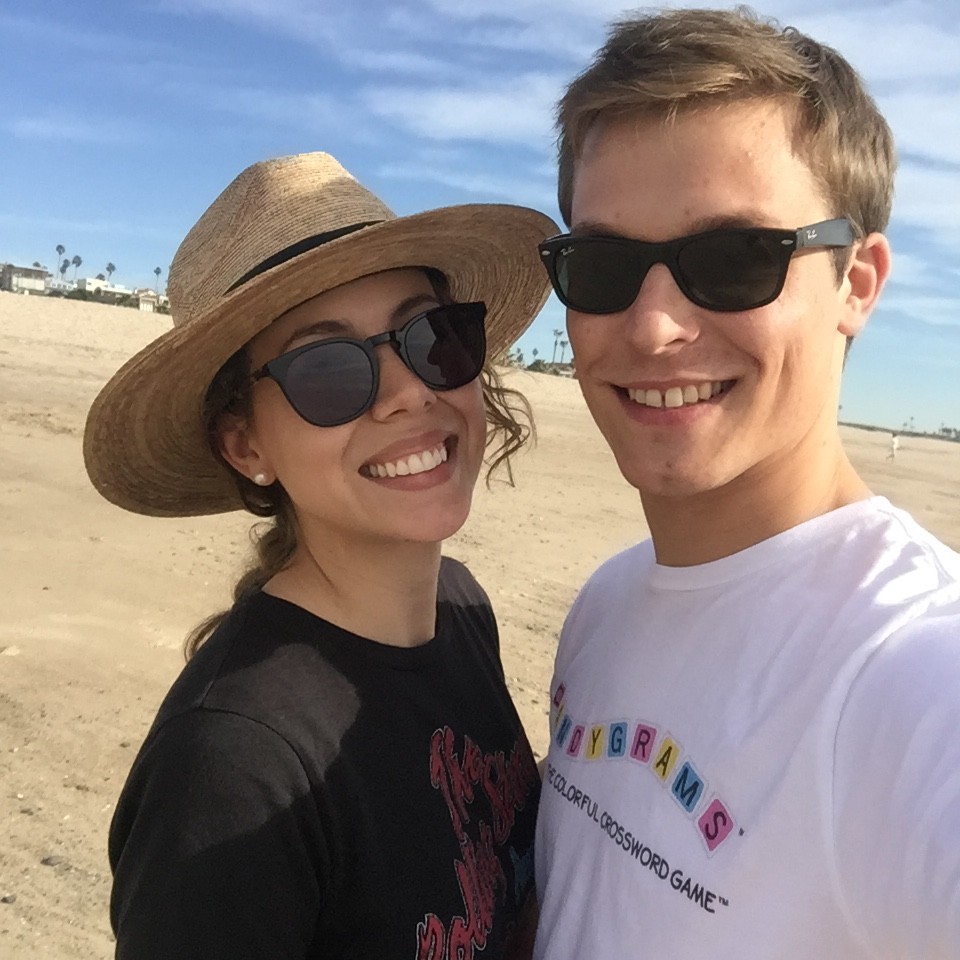 Fast forward to post college. The two were living in Los Angeles—Landers having graduated from the University of Virginia; Ortiz from the University of Pennsylvania—when they arrived at the idea for Candygrams. Though the game’s pastel color scheme was inspired by California sunsets, they decided to move back to their hometown to bring the concept to fruition.

Upon their return, they took advantage of small business resources offered by Arlington Economic Development. They also joined SCORE, a nonprofit effort of the U.S. Small Business Administration that pairs entrepreneurs with savvy mentors to help them grow their businesses.

Their proactive efforts have paid off thus far. Candygrams was released in 2018 (their company remains family-owned) and has already won eight prestigious game awards, including the PAL Award, Creative Child Magazine’s Game of the Year Award and a Tillywig Toy Best Family Fun Award.

Timberdoodle, a company specializing in homeschooling materials, has even included their game in several of its education kits. 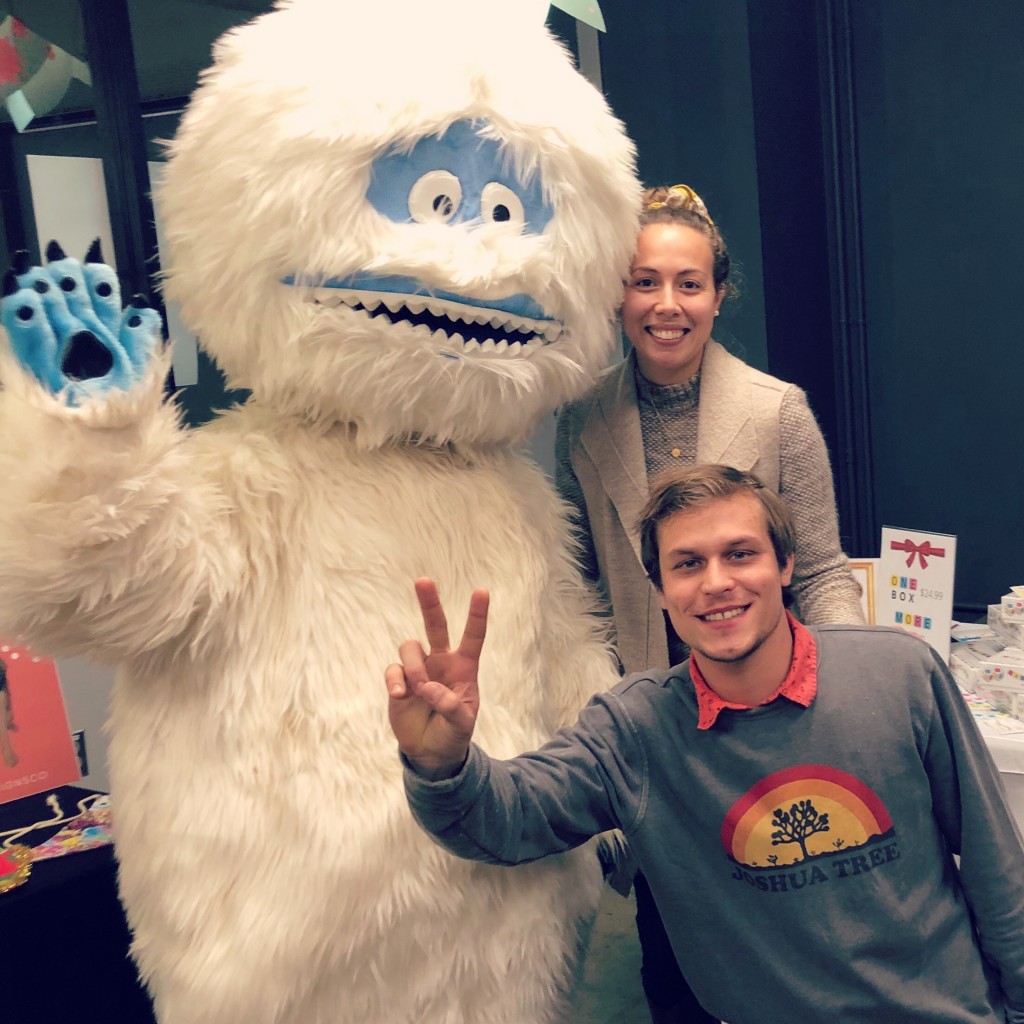 Even though Candygrams has gained national recognition, Arlingtonians represent a sizable fan base. “We’ve been all over the country marketing this game,” Landers says, “and one of our most positive selling experiences was the Washington-Liberty Holiday Bazaar.”

During that event in 2018, the couple ran out of inventory—necessitating a quick run home to restock—and sold more than 100 games in one day. A year later, many of the same customers returned to the bazaar to buy Candygrams to give as holiday gifts.

With the arrival of Covid-19 this spring, demand for games and puzzles surged as families looked for new ways to pass the time in quarantine. Ortiz says they recognize the stress parents are under as distance learning continues, with kids going to school online. “The game is perfect for the pandemic because parents are hustling to find creative, fun ways to get their kids engaged in learning,” she says.

She and Landers are now offering the Candygrams education discount—previously available only to teachers—to all Arlington residents, meaning locals can buy the game for $14.99 (it usually retails for $21.99). They provide free delivery to any home within county lines as well.

Candygrams is also sold at local shops such as Kinder Haus Toys in Clarendon and Trade Roots in Westover.

“We feel so lucky to have gotten so much support from the Arlington community,” Ortiz says.

They hope to return the favor with a game that really is fun for the whole family.