For 25 years, Kheder Rababeh has raised grass-fed sheep, beef cattle and goats on his farm in Warrenton, Va... 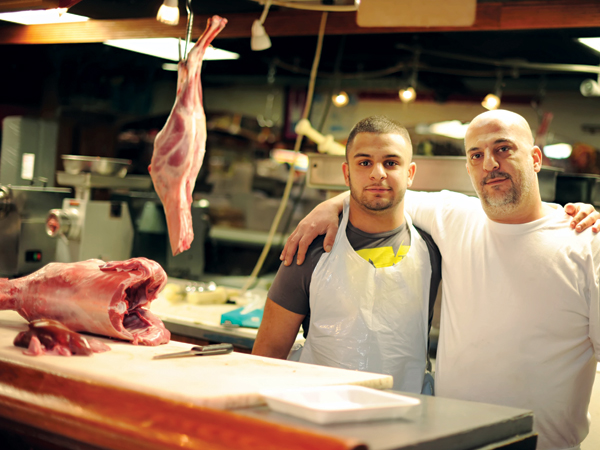 For 25 years, Kheder Rababeh has raised grass-fed sheep, beef cattle and goats on his farm in Warrenton, Va. He slaughters the animals under halal Islamic dietary guidelines and sells every cut at his Middle Eastern grocery, Lebanese Butcher, in Falls Church. (Earlier this year, he moved the business from Hillwood Avenue, near Lee Highway, to a combined space that adjoins his restaurant, Mount of Lebanon, at 2922 Annandale Road.) Lamb has always been the leading seller. But in recent years, goat sales have soared.

“More Americans know goat is a healthy meat. They are the new customers,” says Rababeh, who learned butchering skills as a 9-year-old, at his father’s side in Beirut. “I’ve gone from selling two goats per week to more than 75 per week.”

Served as daily fare in many parts of Asia, Africa and Central and South America, goat is the world’s most consumed red meat. And here’s a tip for the health-conscious: it has fewer calories and less saturated fat than beef, pork, lamb or even chicken. Most shoppers at Lebanese Butcher prefer the tender, three-month-old kid, which lacks the gamy flavor associated with the nanny and presents less of a chewing challenge.

With grill season in full swing, the loin ($8 per pound) and the 12-chop rack of kid goat ($10 per pound) are, as a rule, the desirable cuts. Rababeh recommends marinating the meat for 15 minutes or longer in a mixture of ground onion, olive oil, vinegar, oregano, salt and black pepper. For summer gatherings, he prepares a grill-ready, 15- to 22-pound whole kid goat (order one day in advance), which he marinates in yogurt and his own seven-spice blend and seals in foil. At home, the Weber kettle grill-sized bundle cooks to medium rare in three hours. Says the goat expert: “You will find that it’s very juicy.”