A tiny condo kitchen gets the star treatment with space-saving features and a backsplash that's out of this world. 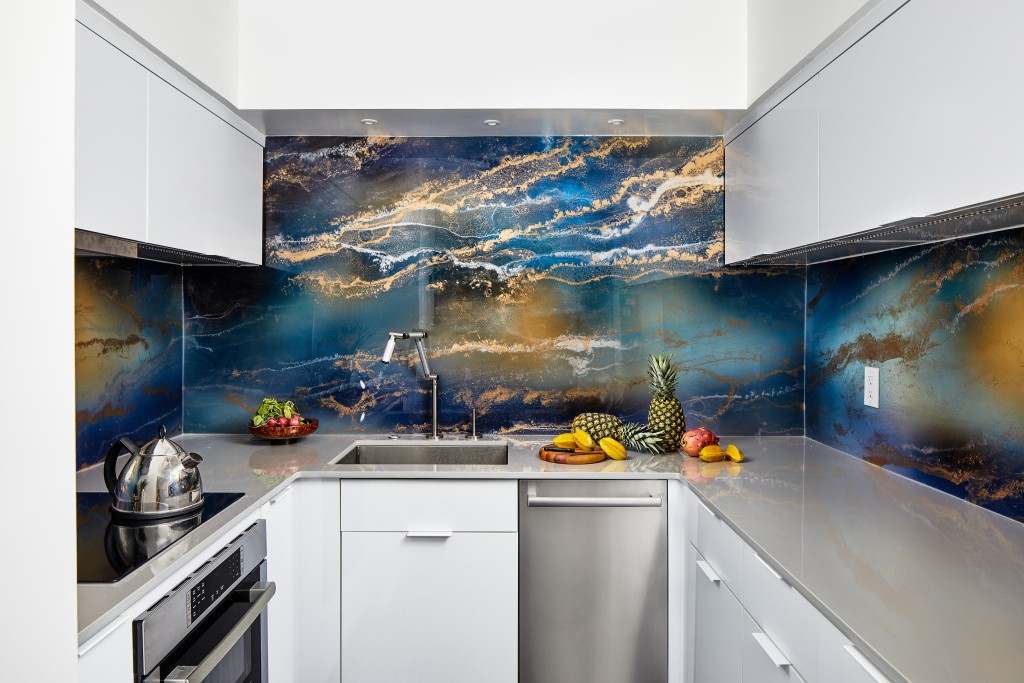 George Brazier had been wanting to redo the kitchen in his two-bedroom, two-bath Courthouse condo for years. At 83 square feet, the cramped, U-shaped space was outdated and didn’t fit his personality.

Perhaps it was in the stars, but a favorite work of art that hangs in Brazier’s living room inspired and now complements his statement-making kitchen, which was renovated in 2020. Called “Milky Way Dreaming,” the painting is by an aboriginal artist he discovered while traveling in Australia.

Brazier granted Case Architects & Remodelers creative free rein with the kitchen, says designer Alexandria Hubbard, who was thrilled at the prospect of giving the small space a face-lift. The team was limited to working within the existing footprint, but delivered on their client’s one ask—and then some: “He wanted something modern and bold,” she says.

Hubbard perused cosmic designs on Instagram before landing on the abstract slabs of composite aluminum by Italian artist Alex Turco that would become Brazier’s out-of-this-world backsplash. Browsing her picks, Brazier selected as his “soulmate” a cerulean star-dusty vision with nebular streaks of gold and silver.

“We let that be the focal point and drive the rest of the design,” Hubbard says.

Bright-white Crystal cabinets with handy pullout shelves cede the starring role to the backsplash. The same is true of the pale Dekton countertops, which, unlike the backsplash, have uniform color and zero movement.

To showcase the kitchen’s clean lines, Brazier made the unconventional decision to forgo a traditional refrigerator. Instead, the space is equipped with two 24-inch JennAir drawers (one fridge and one freezer), paneled to match the cabinetry. It was a drastic change at first, but over time it’s made his grocery trips more intentional. He likes thinking carefully about what he can store.

Brazier, a retired foreign service officer who continues to work for the State Department, says he’s over the moon about the form and function of his tailored space. The backsplash evokes happy memories and makes him feel at home.

As a kid, his family had property in the Shenandoah Valley. Sometimes he and his brothers would fall asleep outside, under the stars. “Kind of like that,” he says, gesturing to his kitchen’s night sky. 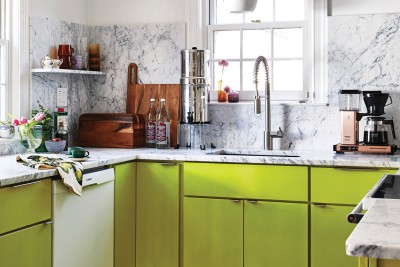 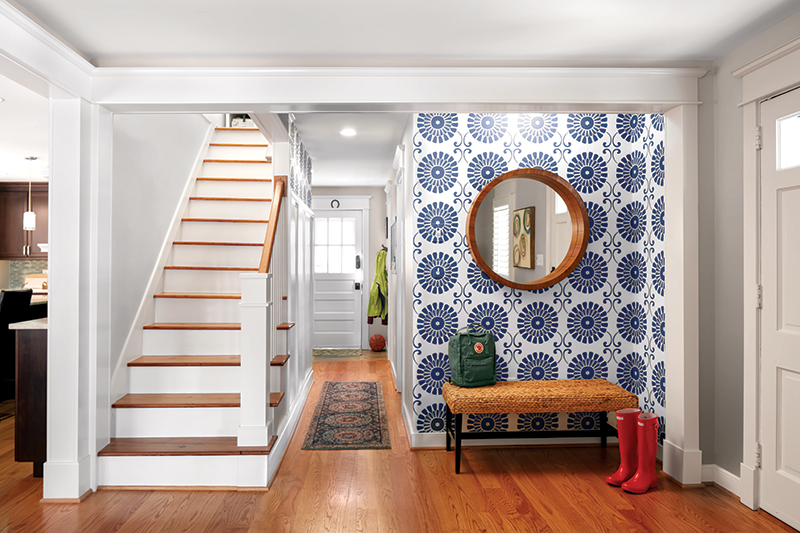 The Art of Living in Small Spaces 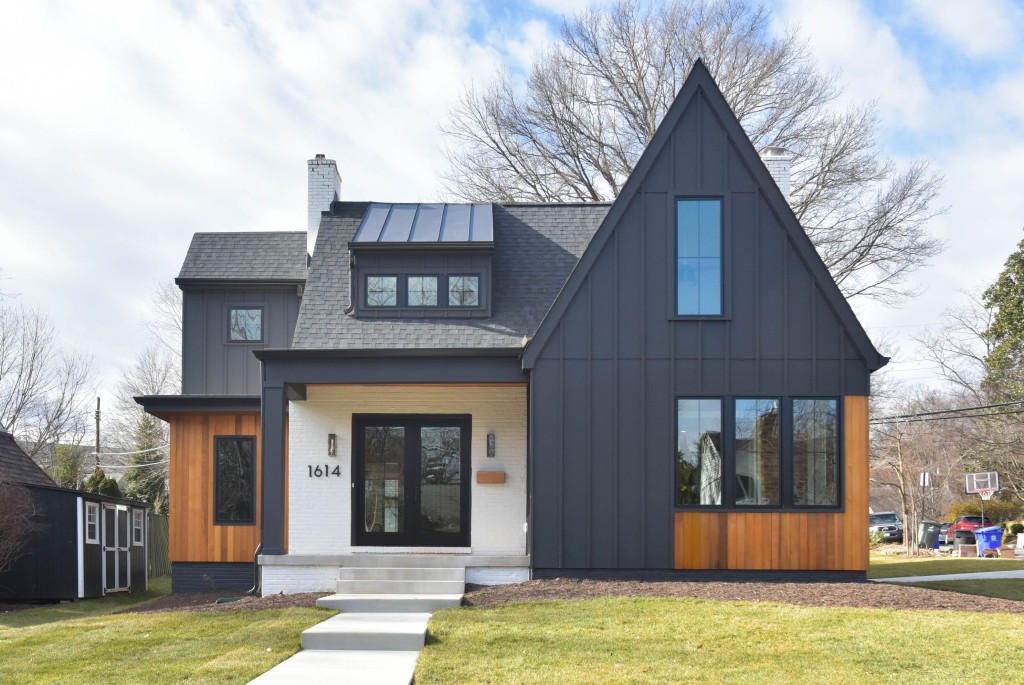