Grief in the Age of Social Media

Is there a right way and a wrong way to mourn online? 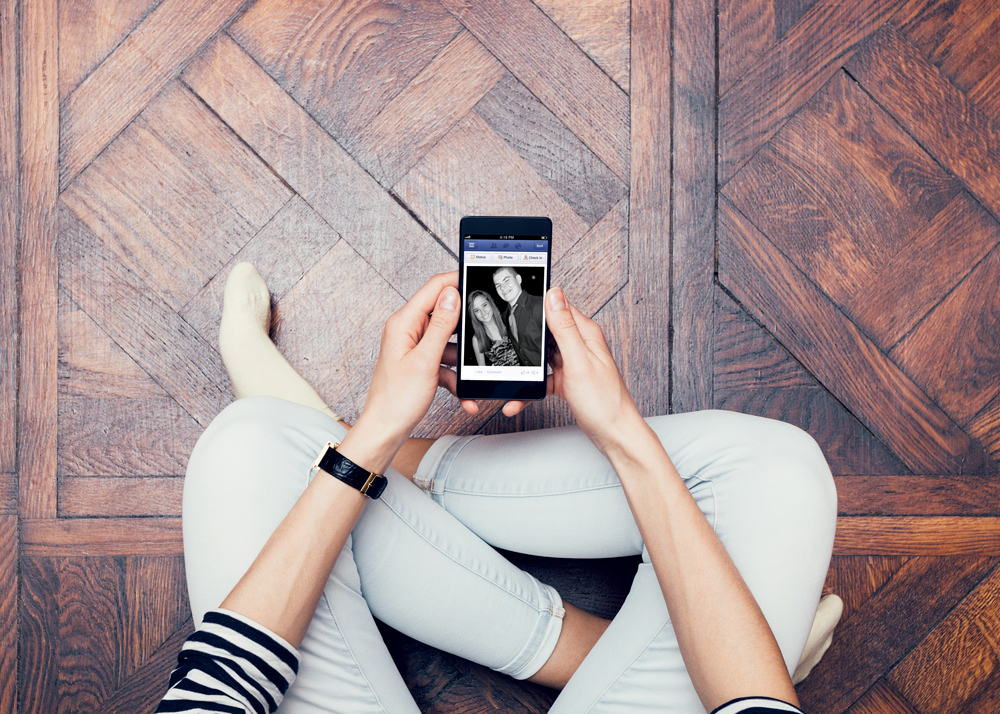 I was 19 years old and a sophomore at Virginia Commonwealth University when I learned my friend K.j. had died. It wasn’t the first time I had experienced the death of a loved one, but it was the first time I’d lost someone my age—someone I had weathered adolescence and grown into the beginnings of adulthood with. He was a child in the eyes of the rest of the world, but to my recently graduated friends and me, his death in 2015 was a stark reminder that our childhood was, in fact, coming to an end.

I first met K.j. at Longfellow Middle School in the seventh grade. He was an anomaly. While other boys poked fun at me—for everything from my erupting acne and my slight lisp to the stretch marks on my dramatically changing body—K.j. had a zero-tolerance policy for cruelty. I would respond to the attacks with an awkward laugh or a sarcastic remark, trying my best to avoid further ridicule. But K.j. would call people out, even if it meant putting himself and his social status at risk. He seemed to have a soft spot for those of us who lacked confidence, even if, secretly, he was in the same boat.

Two years later, we were freshmen at McLean High School, and he still had my back. With the homecoming dance less than a week away, I was the only one of my girlfriends who remained dateless. I tried to play it cool and pretend like I was un-bothered, but in reality I felt humiliated at the idea of attending the dance alone.

I hadn’t mentioned any of this to K.j.; I already knew his opinion of high school dances. “Homecoming is lame,” he would tell me, and I would pretend to agree. And yet he seemed to understand the sadness I was determined not to verbalize. Three days before the dance, as we walked out of seventh period, he approached me in front of all of my friends, wrapped me in a bear hug and asked, with the slightest eye-roll, “Will you come to homecoming with me?” I still remember that moment as one of the happiest of my life.

It now stands in stark contrast to one of the worst. I was standing outside the VCU library the day my phone rang and a friend shared the unthinkable news. I could barely process what she was saying. K.j. had died of a drug overdose after a several-year battle with addiction.

Addiction? In my teenage mind, I had justified it as a phase. We had all experimented with partying and testing the waters of our pseudo-adulthood. Only now did I understand the heartbreaking finality of its grip on him. Jolts of shock, sadness and anger hit me as my mind started scrolling through a memory reel of past moments with K.j. Only weeks before I had run into him at a friend’s house during a random visit home. Was it fate? Why hadn’t I realized he was struggling? How long had it been since I had seen him before then?

My mind flashed back to us taking homecoming pictures when we were 14, laughing with his mom and sister. They had helped him pick a tie that perfectly matched my bright-red dress. How would they possibly get through this?

I felt like someone had stabbed me. Though we were close in high school, our lives had diverged. This was an entirely different type of grief, accompanied by overwhelming feelings of guilt. I began to question whether my mourning was valid; if it deserved to be felt. If I hadn’t been there for K.j. when he needed me most, was it fair for me to mourn his death?

We live in an era when publicly announcing and memorializing deaths on Facebook and Instagram has become the norm. The complexity of my emotions deepened as I read page after page of sympathy posts from our former classmates.

Initially I took comfort in their outpouring of support. But soon I found myself feeling a toxic mix of sadness and outrage toward them. Some wrote about how they wished they could have gotten to know K.j. better—sentiments that now seemed empty. I wondered why people felt the need to express their lack of memories about someone who was gone. Were they genuinely trying to extend their condolences? Or were they just seeking some kind of public validation in the attention economy of social media?