When Arlington’s Libraries Were Segregated

During the Jim Crow era, the Henry Louis Holmes Library was created by and for Arlington's Black community. 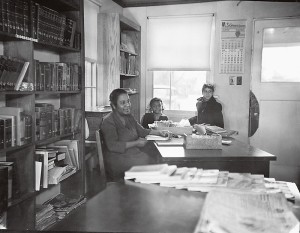 On Nov. 14, 1940, a group of book lovers gathered for a literary event at Mount Olive Baptist Church, then located on a section of Arlington Ridge Road that once existed near Columbia Pike. They weren’t there for an author lecture or book discussion, but rather to dedicate the Henry Louis Holmes Library, created to serve Black patrons during segregation.

As part of the festivities, the Rev. J. Francis Gregory, a Black English professor from Washington, D.C., presented the library with a copy of Frederick Douglass the Orator, a biography written by his father, James Monroe Gregory. It was likely a prized volume in a collection that grew to about 2,500 books, most of them donated.

“The library in any community,” Gregory said at the dedication, “should be a center of activity…serving as a social, cultural, ethical and spiritual, as well as intellectual, recreational center.”

Operating out of the church basement, the Holmes library was the culmination of a long effort by Black Arlingtonians to provide books and research services to the county’s Black community. Like public schools and swimming pools, libraries were segregated throughout the South during the Jim Crow era. Black library patrons were required to use separate reading rooms or enter through back doors in the few places that granted them access at all.

In Arlington, the Henry Louis Holmes Association had been formed by advocates including Nora Drew, mother of noted surgeon Charles Drew; the Rev. A. Mackley of Mount Olive church; and Kitty Bruce, chair of the Arlington Inter-Racial Commission.

Born into slavery, the library’s chosen namesake, Henry Louis Holmes, had gone on to become a local civic leader who helped found Arlington’s Butler-Holmes community in what is now Penrose.

In 1942, Pentagon-related road construction forced the growing library to relocate to the Lomax African Methodist Episcopal Zion Church in Green Valley. Two years later, the Holmes library became an official county branch and moved to its final home in the George Washington Carver complex in Arlington View. It remained there until 1949, when it was shuttered to make way for more new construction.

Arlington County desegregated its library system the following year, but it did so without fanfare and kept no records of Black patronage for years afterward. Because other public services remained segregated—including county schools, which did not desegregate until 1959—it’s likely many Black citizens were either unaware that they had full access to the library system or simply felt unwelcome, even after the doors were technically open to readers of color.

Read more about the Henry Louis Holmes Library and its history at https://library.arlingtonva.us/2022/02/17/the-henry-louis-holmes-library-1940-1949/ 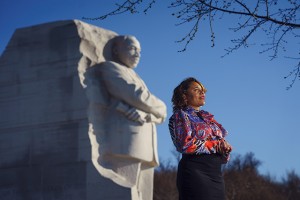 She Believed Black History Could Be Taught Better 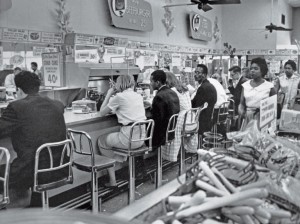 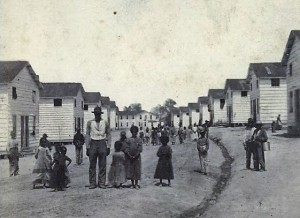 The History of Arlington’s Freedman’s Village