Henry’s Soaps, Made By and For Kids

A Falls Church third-grader puts the fun in washing your hands. 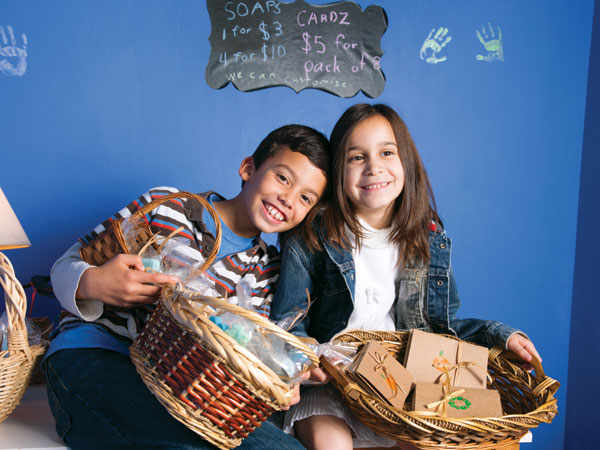 Henry Behrens has found inspiration in the garden ever since he was 5 years old. “I like the smell of lavender and rosemary,” says the Falls Church third-grader. That’s partly what inspired him to create his eponymous line of soaps (HenrysSoaps.com) when he was in kindergarten. Though homegrown herbs are central to his creations, his favorite ingredient “is when I get to put a tiny dinosaur or a ninja in the middle of the soap so little kids will want to wash their hands more.”

For a recent elephant-themed baby shower, Henry incorporated elephant figurines in his soaps, while Ryan turned the fingerprints on her cards into tiny pachyderms. The siblings sell their creations online and in person during Falls Church City’s FIRSTFriday events.