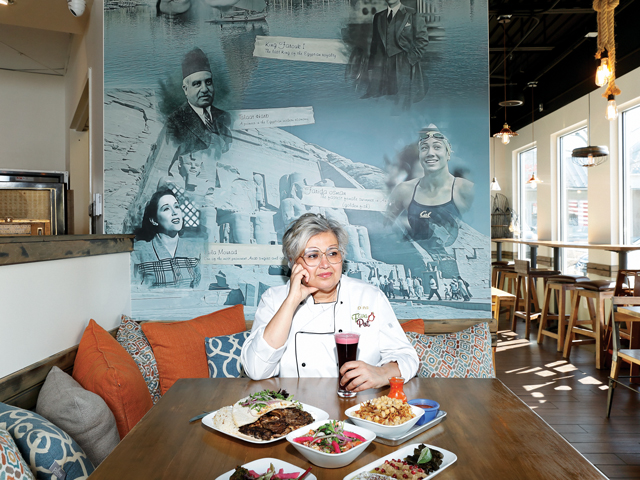 The future looked bright for Dina Daniel in early 2020. Fava Pot, the Falls Church restaurant she had opened three years earlier, was thriving—its loyal and growing customer base delighting in the Egyptian cuisine of her homeland. Diners couldn’t get enough of dishes such as koshary (lentils, macaroni, chickpeas and rice in tomato sauce), táamya (fava bean falafel) and fluffs of aish baladi (flatbread) served piping-hot from a stone oven.

The Fava Pot food truck, which Daniel started back in 2013, was preparing to emerge from its winter hibernation. A Fava Pot pop-up in Washington, D.C.’s Union Market had been well received. Now Daniel, 51, was finishing up negotiations to open another brick-and-mortar eatery, Egyptian Street Food by Fava Pot, in Rosslyn this fall.

“Sales were unbelievable in February,” she recalls during our Zoom interview. “I was extremely thankful that I would start to see a profit in 2020 and that my labor of seven years would finally pay off.”

And then. Well, we all know what happened next.

Daniel realized Covid-19 was serious by the end of February, but didn’t panic. “I thought it would affect us for a month or so. I didn’t imagine it would be a global pandemic,” she says. “The weekend before we shut down, we had a full house at Fava Pot. By St. Patrick’s Day, we were closed.” (On March 17, Gov. Ralph Northam imposed a 10-person maximum for on-site dining. His subsequent stay-at-home order on March 30 limited restaurants to takeout and delivery.)

Daniel was scared but couldn’t show it to her staff. “You don’t want them to be afraid, to have the uncertain feeling—Are we going to get paid? Do we have a job? But I was wondering, Is this the end?” 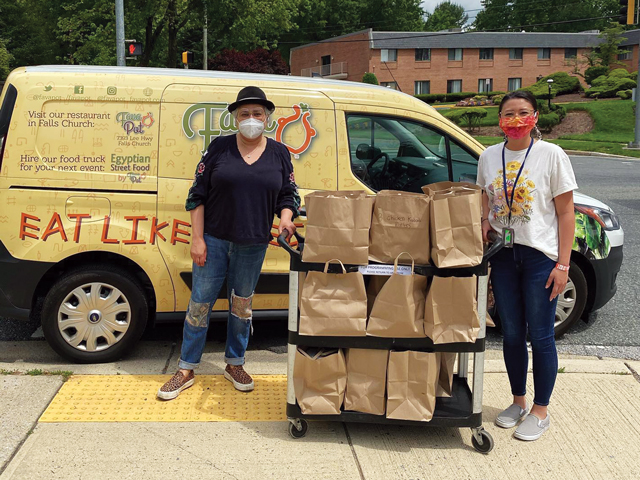 Reluctantly, she sprang into action. Although it broke her heart, she laid off three full-time and three part-time workers, leaving her entire operation with a staff of six, including herself, to perform various jobs in rotation—cooking, dishwashing, delivering.

Realizing she had to convert phone ordering to online, she put her website developer to work, bartering a deal—$39 per month for each of her three locations, plus 99 cents per food order (with no cap) in exchange for his services.

To bolster cash flow, she began offering free delivery within a 30-mile radius of the restaurant. She and her staff took turns making deliveries. “We had DoorDash and Uber Eats and Grubhub before, but they take 30% of sales,” she says. “Before Covid, that was okay as a marketing tool, but now we would be losing money on each sale.”

While the drives were a grind, delivery exposed her product to people in places like Woodbridge, Middleburg and D.C. who had never been to Fava Pot. And even though delivery was free, she found grateful customers leaving enormous tips, essentially paying the delivery cost anyway.

“All of this is light in the middle of darkness. I see people have great love in their hearts,” says the chef/entrepreneur.

One day, a regular customer came to pick up an order and handed her what she thought was a postcard in an envelope. She thanked him and threw it on the passenger seat of her car as she headed out to deliver food. At a traffic light, she opened the envelope and found a check for $1,000, along with a note expressing how much he and his wife believed in her and her goodness.

They wanted her to use the money as she wished—to share it, pay bills or take care of any needs.

“I broke down in tears,” Daniel says. “That is the moment that I thought, God is taking care of me.”