How to Plant a Pollinator Garden

Bird and bee populations are shrinking. You can help bring them back by planting a habitat in your own yard. 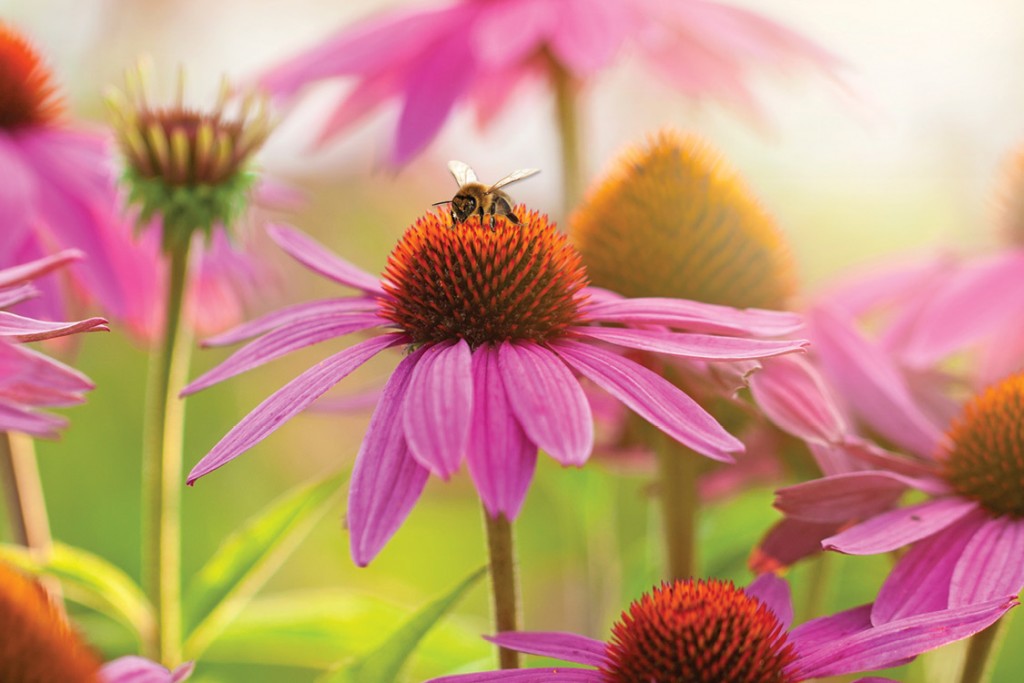 Last summer, the decline in monarch butterflies hit me hard. I couldn’t remember the last time I’d seen one in our yard.

My 20-year-old daughter, Sam, was just as alarmed. “Mom—you’ve got to do something!” she said.

So I dug up some of the grass that bordered our azaleas and, in its place, planted native varieties of coreopsis, black-eyed Susan, milkweed and phlox. Within weeks, our garden was abuzz with bees, butterflies and other insects in numbers I’d never before seen on our property in Donaldson Run.

Turns out, we’re part of a nationwide trend toward reevaluating both the purpose and aesthetic of American yards and public green spaces.

“We’ve had this notion that humans and nature are separate—that humans are here and nature is someplace else,” says Doug Tallamy, an entomology professor at the University of Delaware and author of the influential book Bringing Nature Home. “There is no someplace else anymore. Now we have to share where we are with functioning ecosystems. We have to welcome nature to where we are.”

Much of the East Coast is now developed. Green spaces are fewer, having given way to concrete, and many of the yards and “natural” areas that remain have become overrun with invasive plant species that don’t nurture the local fauna. Widespread use of pesticides also kills insects that serve as pollinators, as well as those that sustain larger species. 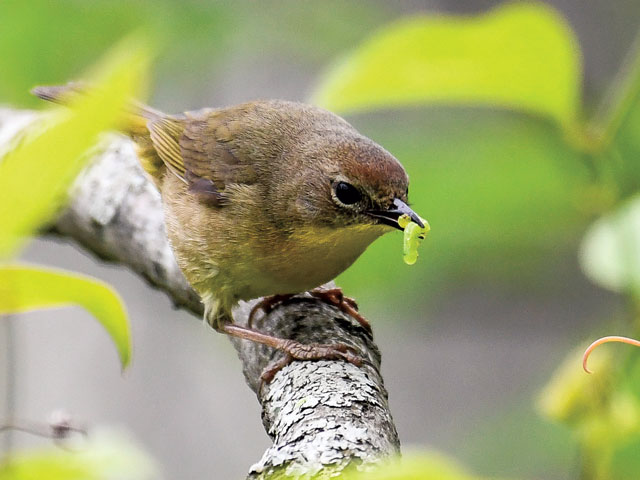 A caterpillar provides sustenance for a common yellowthroat warbler. Photo by Jane Gamble

If we don’t reconfigure both our personal and public land use soon, Tallamy says, we risk ecosystem collapse.

The warning signals are already screeching toward us. Forty percent of all insect species are threatened with extinction worldwide, according to a 2019 study in Biological Conservation magazine. Since 1970, North America has lost 29 percent of its bird population. And while monarch butterflies registered a slight population uptick in the winter of 2018-2019, their overall numbers have been declining for years.

The grim statistics can feel overwhelming, but all is not lost. “There’s a lot you can do about it, particularly insect declines. It’s totally reversible,” says Tallamy, whose latest book, Nature’s Best Hope: A New Approach to Conservation That Starts in Your Yard, was released in early February. And supporting native species is an effective way to combat some of the negative effects of climate change.

Helping pollinators to thrive is also in our self-interest. Their worldwide decline “is an issue that is so fundamentally foundational for all ecosystems for the health of the planet, but also for human health,” says Laurie Davies Adams, president and CEO of the Pollinator Partnership, which advocates pollinator-friendly practices in farming and government. Some of humans’ most nutrient-rich foods, she points out, are seeds, berries and nuts, which all rely on pollinators. 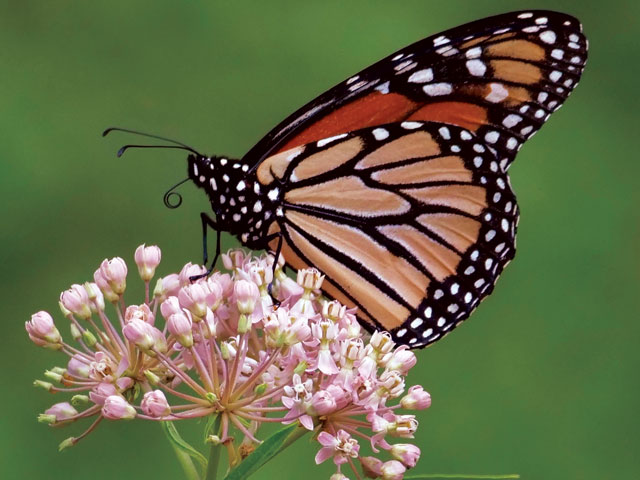 On the homefront, we can start to reverse course by envisioning our yards differently, recognizing them as tiny oases for bees, butterflies and birds, including vital caterpillars and moths. I’ve recently realized that many of my plantings—including non-native azaleas, nandinas and camellias—are lovely, but they aren’t nurturing the insects that are the foundation of the local ecosystem.

“When you have plants in your yard that have no feeding damage, no little holes in them, that means you have a dead landscape,” Tallamy says. “These plants that we picked because they were pest-free—meaning nothing eats them—they might as well be plastic. They’re not contributing to local food webs and the creatures that run our ecosystem.”

The interplay is important; the birds and bugs that live here co-evolved with the area’s native plants. To understand this, think of the monarch butterfly, which lays eggs exclusively on one type of plant. If that plant (milkweed) no longer populates our gardens or roadside areas, then no more monarchs.

A full 90 percent of plant-eating insects are host-plant specialists, Tallamy says, meaning they don’t exist without a particular plant.

Cultivating native flowers, shrubs, vines and trees provides much-needed nectar, pollen, foliage, nuts and berries to local fauna. Once you plant them, you’ll usually see quick results, as my daughter and I did.

Some non-native plants, such as butterfly bushes, do provide nectar for butterflies and moths, but they aren’t conducive to breeding. Tallamy compares planting those to putting out sugar water in hummingbird feeders. Non-natives aren’t host plants, and “somebody’s got to make those butterflies somewhere.” He suggests adding the native joe-pye weed (not actually a weed) and others that are actual host plants for Virginia birds and insects.

Two types of insects drive our ecosystems. “Pollinators keep the diversity of plants there and pollinate,” Tallamy explains, while insects in the food chain, such as caterpillars, “pass the energy to other animals,” like birds, when eaten.

Monarch butterflies are gorgeous and worthy of our concern, but we also need to nurture other insects that aren’t as flashy. “Butterflies are essentially day-flying moths that taste bad,” Tallamy says. “They’re not major parts of our food webs. They’re pretty and we love them, but it’s those ugly brown moths that are driving the food webs.” Many moths pollinate at night and are rarely seen.

To help the bird population rebound, we need to grow more caterpillars. Raising just one clutch of chickadees (six to eight chicks), for example, requires at least 6,000 caterpillars, according to the Audubon Naturalist Society. “If you want to attract birds to your yard, you can do it in artificial ways, like putting out a bird feeder, or you can plant what they actually eat and what they feed to their young,” says Renee Grebe, Audubon’s conservation advocate for Northern Virginia. “That’s native seeds in the fall or oak trees that support over 500 species of caterpillars that they feed to their young.”

Migratory birds, including at-risk songbirds such as the golden-winged warbler, the wood thrush and the Baltimore oriole, also require steady sources of food or “way stations” as they travel. “If you have property big enough to support one tree, and you make that a productive tree,” Grebe says, “you’ll support the migrating birds that desperately need that food.” Productive trees in our area include native oaks and plum trees (Prunus americana).

Honeybees, which are inarguably vital, get a lot of press, but we also have about 400 other species of bees in our area that will busily pollinate wherever they are welcomed.

“Mason bees are really important pollinators, and they don’t sting,” says Arlington landscape designer and educator Nancy Striniste, author of Nature Play at Home, who specializes in designing natural play areas for children with native plantings. “Attracting mason bees to your yard and having the opportunity to observe them is something that kids are naturally drawn to.” Her book includes a section on how to lure them. 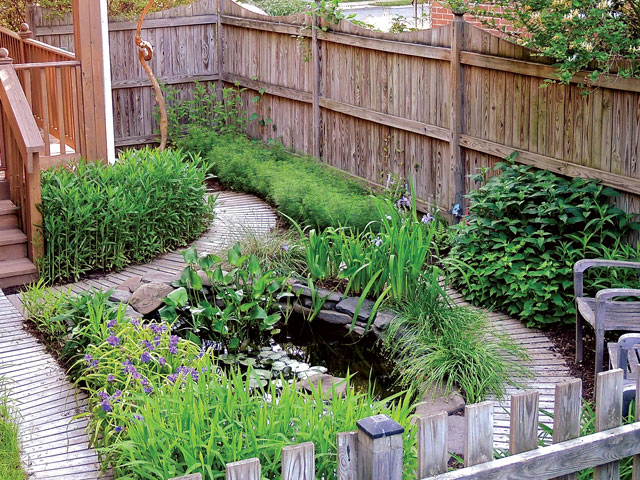 We do need to adjust our mindset about how yards should look. Many of us were brought up on “extreme symmetry and Italian-style gardens,” notes Joanne Hutton, an Arlington master naturalist and Audubon at Home ambassador. She also co-chairs the steering committee for Plant NoVa Natives, a joint marketing campaign to promote native plantings. “I try to tell people not to be quite so tidy in their gardening. We need a new aesthetic that calls for a looser, less controlled look.”

The new aesthetic means viewing our yards and public spaces as not just eye candy, but places to foster wildlife. “We can be growing caterpillars and birds and butterflies and bees instead of growing grass,” says Alison Pearce, the Woodend Restoration Leader at the Audubon Naturalist Society headquarters in Chevy Chase, Maryland.

In other words, we can see ourselves—and our yards—as vital parts of the ecosystem.

“The revolution in the Audubon at Home program is that it invites you to enjoy your garden differently,” Hutton says, by becoming a wildlife steward. “It invites you to see how your space is being used.” A participating yard can become a certified wildlife sanctuary when you observe 10 species from a list of sanctuary species thriving there.

And that’s a beautiful thing. 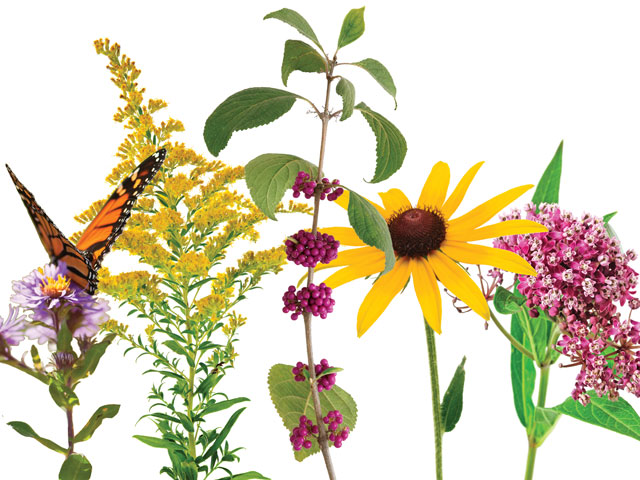 These online resources can help you identify the best plants for your area, based on ZIP code.

Native Plant Finder
This National Wildlife Federation site ranks (based on Doug Tallamy’s research) plants on how many moths and butterflies they support.

Plant NoVa Natives
Find the ideal plants for any Northern Virginia setting (including plants that are naturally deer- and rabbit-resistant), along with sample landscaping designs and supported species.

Pollinator Partnership
Consult this regional guide for advice on attracting pollinators where you live.

Caroline Haynes, an Arlington master naturalist and Audubon at Home ambassador, advises gardeners to “plant with a purpose,” such as supporting pollinators or attracting a specific species. To support wildlife year-round, aim for plants that bloom from spring to fall, and do your research to make sure the species you choose match your site. Consider these Virginia beauties. 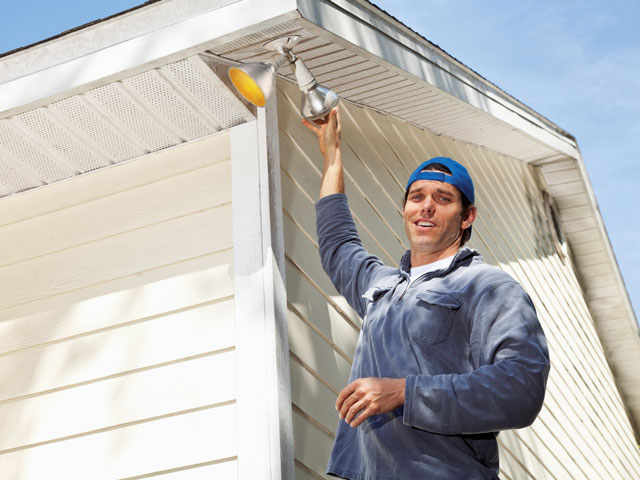 ➋ Use yellow bulbs (not white) for outside lights. Many moths have a limited energy supply, and a moth that’s flying around a bulb isn’t spending its energy mating and laying eggs. Research indicates that moths are less attracted to yellow light than white light, so try yellow exterior LED bulbs, or turn off exterior lights at night.

➌ Stop or minimize your use of pesticides, which kill insects indiscriminately, including pollinators and the bugs that birds rely on for food. To control mosquitos, Tallamy recommends introducing a bucket of water and straw—“an irresistible place for them to lay eggs”—then trapping them in their larval stage by adding a mosquito dunk (found in most garden centers) to the bucket. Spraying soapy water on plants also works as a safe and effective deterrent for many non-native pests.

➍ Leave leaf litter under your bushes in the fall “to support insect communities that are the base of the food chain for birds and other wildlife,” says Alison Pearce of the Audubon Naturalist Society. Insects shelter, overwinter and reproduce there; it’s not trash. 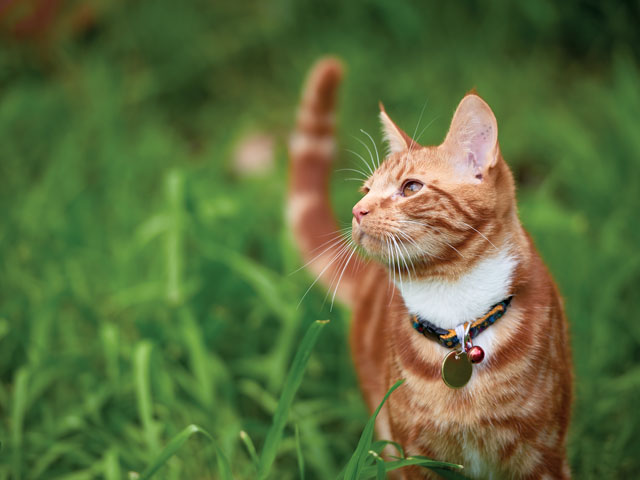 ➎ Put bells on outdoor cats. Outdoor cats kill between 1.3 billion to 4 billion birds annually, according to a 2013 study in the journal Nature. Give the birds a warning system. 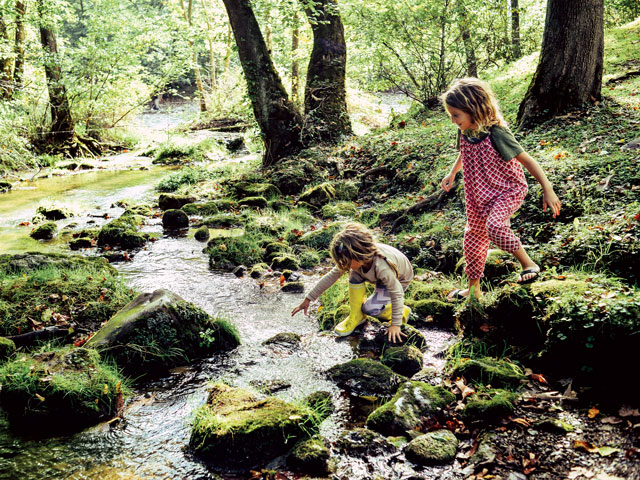 In December, The Arlington County Board voted to apply to join the Biophilic Network, a network of cities worldwide that have pledged to create spaces “where citizens have rich contact with the flourishing natural world as an element of daily life.” Based on a concept elucidated by Pulitzer-winning biologist and writer E.O. Wilson, biophilia refers to humans’ love for and connection with nature. Studies have underscored the many benefits of being in regular contact with nature—including improved physical and mental health, shorter hospital recovery times and greater productivity. But many of us spend the majority of our hours indoors, or in developed urban spaces. The Biophilic Network includes cities such as Washington, D.C., Singapore and San Francisco.

With guidance and 75 native plants from Arlington’s Department of Parks and Recreation, Amy Brecount White organized a plant-a-thon in the county-owned woods near her home in Donaldson Run last October.