What's the local business community's take on the deal? We asked Arlington Chamber of Commerce president & CEO Kate Bates to weigh in. 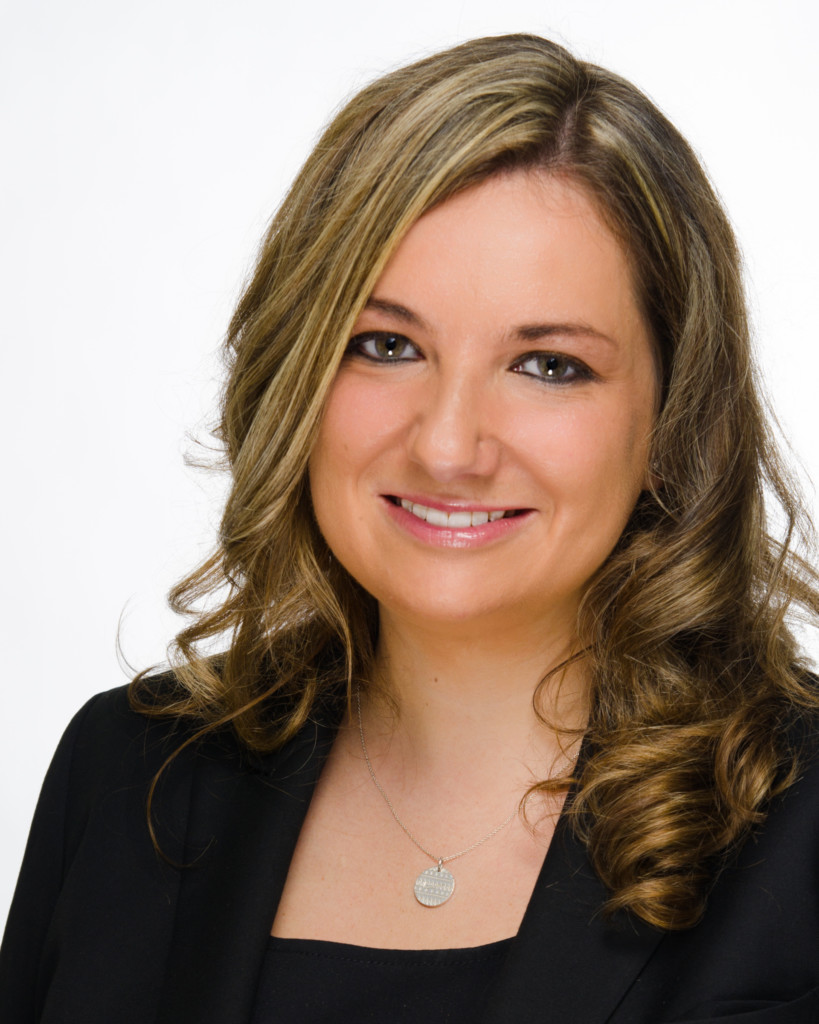 Kate Bates is president & CEO of the Arlington Chamber of Commerce, a 501(c)(6) organization that represents more than 750 Arlington-based businesses and more than 100 area nonprofits.  Editor’s note: Arlington Magazine publisher Greg Hamilton is currently serving as the Chamber’s 2019 board chair.

Why is the arrival of Amazon’s HQ2 such a big deal and a win for the Arlington Chamber of Commerce?

Arlington was hit hard by BRAC, the recession and sequestration. Since 2001, we lost 34,000 jobs and saw historic highs (above 20 percent) in our commercial vacancy rates. The lost tax revenue continues to affect the county’s budget today. Amazon brings 25,000 new high-paying jobs to Arlington. Those jobs will come gradually across 12 years. It’s estimated that they will contribute about 5 percent annual job growth to the region. Amazon has been a tech magnet in Seattle, drawing an entire ecosystem of other businesses. Arlington already has a thriving tech sector, and it’s reasonable to believe we will see transformational growth here as well, helping us continue to diversify our economic base.

Can you talk more about the issue of empty office space?

Amazon has signaled it will occupy between 4 and 8 million square feet of office space. In addition, Amazon and JBG SMITH will invest approximately $2.5 billion in developing National Landing, which includes portions of Crystal City, Pentagon City and Potomac Yard. Arlington is unique in that we have a 50/50 tax base split, meaning about half of our tax revenue comes from residents and the other half comes from businesses. That’s an enviable ratio. We need the business community to do well in order to help fund important priorities for our residents, including schools, libraries, parks and our social services safety net. The Chamber has always supported economic development that broadens and diversifies our economic base. It’s a position we’ve held for years, long before the Amazon announcement. It’s important for Arlington to not be dependent on one industry—meaning the federal government. 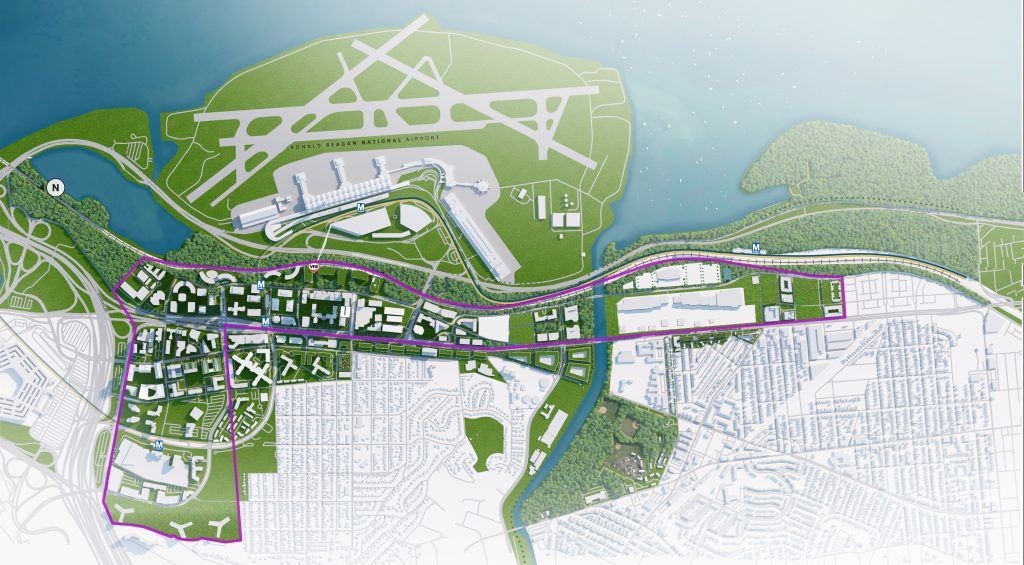 A map of National Landing, courtesy of JBG Smith

Arlington residents have raised concerns about Amazon’s potential impact on affordable housing and rent increases. Does the Chamber have a position on this?

These are challenges Arlington had before the announcement and challenges that Arlington will continue to have. The Amazon announcement actually puts an extra emphasis on these issues that the community has been working on for years. We, as a Chamber, have supported the Affordable Housing Master Plan.  We actually have a lot of the affordable housing nonprofits as members. We are also big supporters of incentives for developers to build additional density, which would increase the supply of affordable housing. Everything is going to happen very gradually. Any immediate impact that you’re seeing right now is speculation that can happen in any market situation. Also, as part of the package of incentives, the Virginia Housing Development Authority, Arlington County, and the City of Alexandria will invest over $30 million per year on affordable housing.

Can you explain in a little more detail how the incentives offered Amazon will work and be paid for? They’ve come under a fair bit of scrutiny.

The vast majority of the local incentives (97%) are investments in Arlington and Alexandria on things like transportation and public infrastructure. The small portion of the total that are payouts won’t be funded by homeowners or small businesses. Instead, that money will come from growth in the transient occupancy tax (TOT), which is a tax paid by visitors staying in our hotels. This is not a tax rate increase. The money for the incentives will come from a percentage of the growth in TOT revenue over the 15-year performance period, which will be generated by an increase in hotel guest room revenue. Amazon drives a great deal of hotel spending in Seattle. Our hoteliers and the broader community anticipate similar results here.

The Amazon announcement is still pretty recent. Have you seen an increase in other companies inquiring about moving into our region?

Yes—within a week of the announcement a small data tech company based in California reached out to us and said they were going to open a location in Arlington because of Amazon. We are really growing as a tech hub, which is putting us in the national spotlight. We have a joke with Arlington Economic Development that people in other parts of the country used to assume we were talking about Arlington, Texas. Now, they know exactly which Arlington we are talking about.

Does Arlington stand to gain even more now that Amazon may be pulling out of New York? Any idea whether this could mean additional jobs and a greater Amazon presence in Virginia?

The Chamber does not have any insight into Amazon’s New York plans beyond what we have read in the public media. Right now our focus is on the performance agreement released in November. We are thrilled that the Commonwealth has passed the legislation with Amazon’s incentive package, and we look to the County Board to adopt the local incentives in March. The Chamber welcomes all businesses looking to expand in Arlington.

What is the Arlington Chamber of Commerce? Who do you represent?

Our mission is to strengthen the economic environment for those who live, work and do business in Arlington. We serve our members in four key areas: networking and business development, community engagement, educational/professional development and advocacy. We have more than 750 dues-paying members. They include large businesses, like Amazon, Nestlé and The Boeing Company, hundreds of medium-sized and small businesses, and more than 100 local nonprofits. That’s who we represent, and our work supports the broader business community as well. We are a 501(c)(6) organization, so we are completely independent. We are not part of the county government, though we work very closely with them.

About That Amazon Move: 9 Questions with Katie Cristol