Is Arlington Ready for the Next Flood?

In 2019, a sudden squall left scores of local homes and businesses under water, causing millions in damages. Are we prepared for another one? 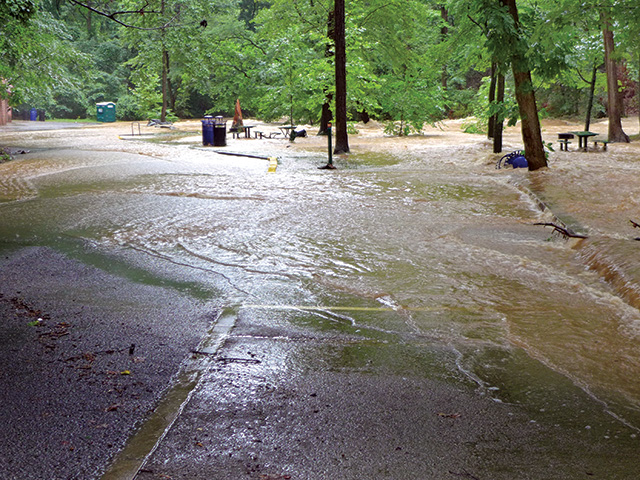 In July, Glencarlyn Park was hit with overflow from Lubber Run and Four Mile Run. Photo by Gerald Martineau

Karen Vasquez was working from home last July—sipping coffee on the couch and scrolling through emails—when a wicked storm rolled in. After the thunder died down, she still heard a “rumbling sound,” so she peeked outside. She was shocked to see her yard and those of two neighbors completely underwater.

“At that point, it registered that the sound I was hearing was rushing water,” says the Arlington homeowner, who lives on the border of the Overlee and Lee Heights neighborhoods.

Vasquez and her husband, Javier, bought their house after it was built in 2012. It had been “bone dry” through snow and rain. But as she started down to the basement that morning, she saw furniture and a full-size refrigerator floating. The Nest camera in their utility room later showed that 5 feet of water had rushed into the basement in two minutes flat.

“I was pretty freaked out,” Vasquez says. “My next thought was, the house is going to be floating in a few minutes.” 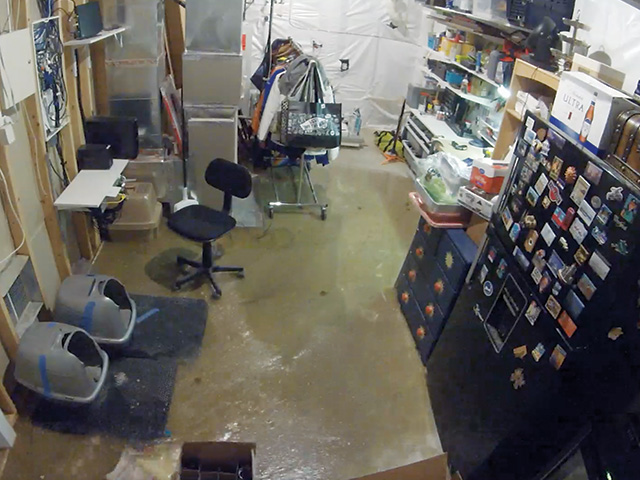 After making sure the cats and kids were safe—her daughter, Allie, had been planning to have a sleepover in the basement, but by luck had moved the festivities upstairs—Vasquez hurried outside and found the window wells to the basement were full. The pressure had pushed in the bottom of one window, allowing water to pour inside the house.

The deluge that ripped through the D.C. area that day came seemingly out of nowhere, like an invisible supervillain in a Marvel movie—knocking over backyard fences, sweeping parked cars into the middle of the street and sending manhole covers flying into the air. The county’s drainage system was no match for rainfall that some estimates say would have amounted to 9 inches per hour had the storm continued at the same pace. It poured into basements and rushed down hills, causing millions of dollars in damage and spurring Arlington County to declare a state of emergency. 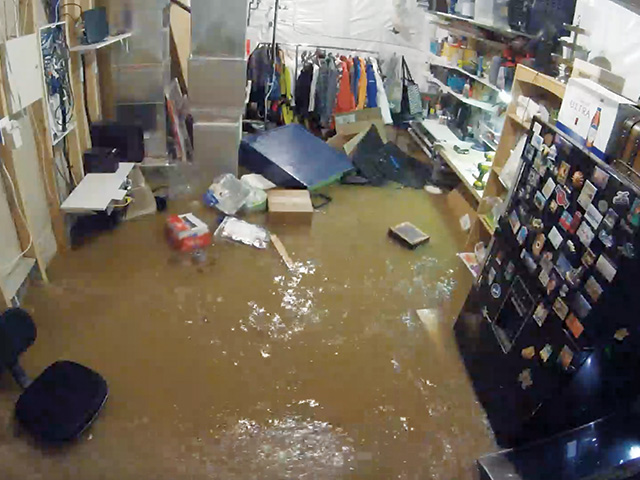 Though the devastation left her family with $100,000 in uninsured damages, Vasquez believes they were lucky. Friends rushed to their aid, helping to save photos floating in the mess and handmade furniture her late father had carved. Some came with pumps. Another brought a contractor friend who took the drywall out before it could spread mold through the house.

But there were tough losses, including much of Vasquez’s wardrobe, which had been stored in a basement bedroom. She racked up a $5,000 dry cleaning bill, salvaging what she could from the soggy disarray. They said goodbye to family mementos (like their heirloom Little House on the Prairie books), utilities (the hot water heater and HVAC system) and electronics (three televisions and the unmoored beer fridge).

The Vasquezes weren’t the only local residents caught off guard that day. “It was a wall of water,” says George Keating, president of the Waverly Hills Civic Association, whose neighborhood also took a beating. “Once it hits this bowl, it overruns the system. There’s no overland relief because it’s developed land. No one envisioned the rainfall we are having now.” 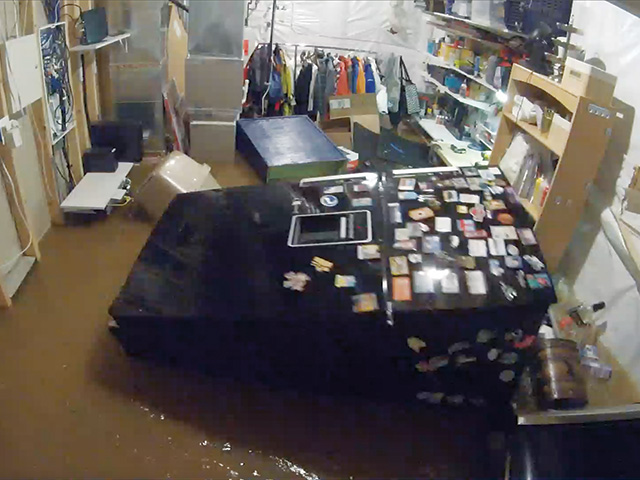 Like Keating, many now see the storm as nature’s wake-up call that Arlington’s topography, density and development have conspired to leave certain areas prone to repeated flood damage. Add to that more-intense weather events, where the rain falls so fast that the current stormwater system and the ground can’t absorb it, sending overflow into homes and yards.

Since the flash flood of July 8, 2019, citizens have been lining up to give county officials an earful.

“Our flood management system is overwhelmed and insufficient,” says Jacqueline Snelling, chair of the Public Services Committee of the Arlington County Civic Federation, which includes 93 different neighborhood groups. In November, the federation issued a unanimous resolution calling on the county to do more to protect citizens from flooding.

“It needs to be elevated to being a county priority with cross-department participation so that the tools and resources are clearly identified,” says Snelling, a retiree who lives in Lyon Village. “There is a belief this is understaffed as well as under-resourced.”

Ed Cole, a retired federal employee who lives in Westover Village, agrees. “It’s a crisis. We’re only one heavy rainfall away from another disaster,” says Cole, who spent $25,000 on repairs after the July storm left 3.5 inches of water in all six rooms of the first floor of his split-level home.

He blames county inaction on proposed infrastructure improvements for making a bad situation worse. “A sense of urgency would be appreciated,” Cole says. “I don’t get that feeling from [county officials]. They need to be much more attentive to the stormwater infrastructure than they have been.”