Island in the Stream 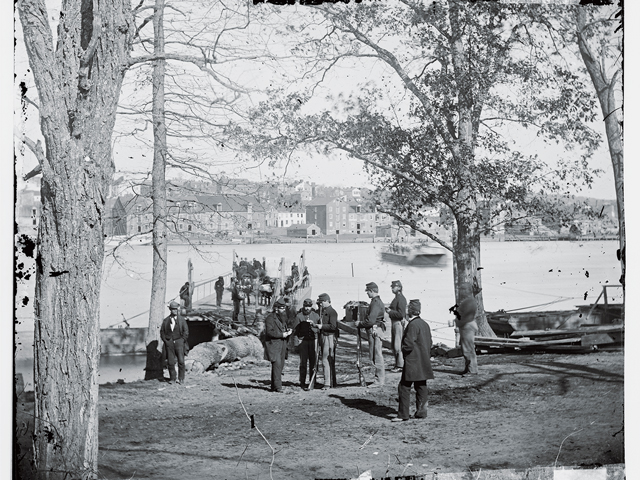 The ferry landing on Mason’s Island during the Civil War. Photo courtesy of Library of Congress

In the middle of the Potomac River, surrounded by urban development, sits a wild island that’s teeming with birds, wildflowers, turtles—and history.

Rising from the waters between Rosslyn and the District, Theodore Roosevelt Island has become a popular place to decompress during the pandemic. Most weekends the 88-acre national park is filled with hikers, runners, bird-watchers and dog walkers.

“You walk across that bridge and you can feel your blood pressure…and cortisol levels lowering,” says Melanie Choukas-Bradley, author of the book Finding Solace at Theodore Roosevelt Island.

It also has a fascinating, layered past.

In the late 17th century, Nacotchtank Indians (also known as the Anacostans) called it home. Then, as they were known to do, colonists claimed the island as their own, alternately referring to it as Analostan Island or Necostin Island—both Anglicized variations of the name of its early inhabitants. 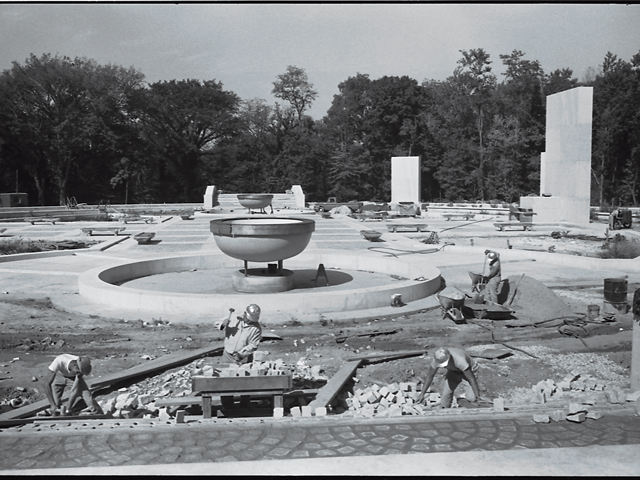 Construction of the Roosevelt memorial in 1965. Photo courtesy of Library of Congress

By 1792, the island had landed in the hands of John Mason, fourth son of founding father and wealthy plantation owner George Mason. It soon became a stop on a family-owned ferry system that transported tobacco, livestock and passengers between Georgetown and Virginia—including, by some accounts, George Washington and Thomas Jefferson. During the War of 1812, then-Secretary of State James Monroe boarded the ferry and fled a burning D.C.

Eventually a series of bad investments caused the Mason family to lose the island. It bounced through a succession of different owners who built gambling halls and racetracks there, and became famous for hosting, of all things, jousting tournaments.

Once the Civil War broke out, the Union Army occupied the island to keep tabs on Confederate activity along the Virginia shore. The island also held a training camp for the 1st U.S. Colored Infantry, one of the first all-Black regiments. Later, it became a refugee camp for former enslaved people fleeing north. 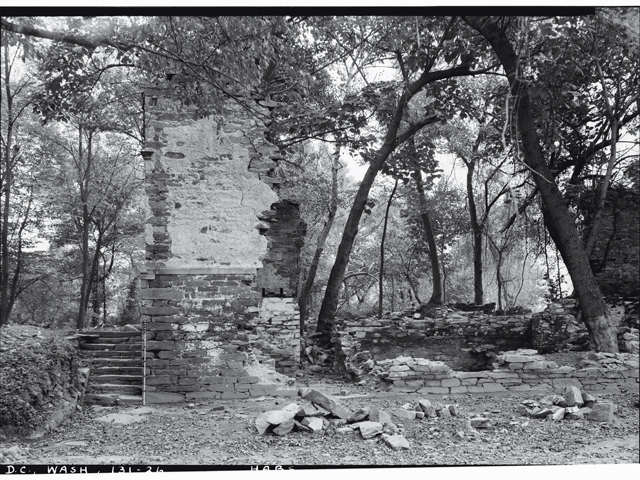 An excavation of the Mason House ruins in 1936. Photo courtesy of Library of Congress

During the Spanish-American War of 1898, the island (by then abandoned) was used by scientists as a secret testing ground for powerful explosives. Loud noises emanating from the middle of the river reportedly frightened neighboring residents so much that they thought Spanish warships were coming to invade the District.

In 1932, the island was designated a monument to the nation’s 26th president, Theodore Roosevelt, a renowned naturalist and conservationist. A large statue of Roosevelt on its northern end was dedicated in 1967.

Choukas-Bradley says remnants of the island’s storied past still remain, including bricks from the Mason family mansion and the occasional unearthed spear point from the Nacotchtank tribe.

Like so many other locals, the author has found herself retreating in recent months to the island’s roughly 3 miles of pristine trails.

“I think the inability to travel has helped people to discover the embarrassment of riches that are right here in our backyard,” she says. “Theodore Roosevelt Island is definitely one of them.”