She Couldn’t Travel, So She Opened an Ice Cream Parlor

Jake's Ice Cream in Falls Church has a sweet menu and employs people with disabilities. 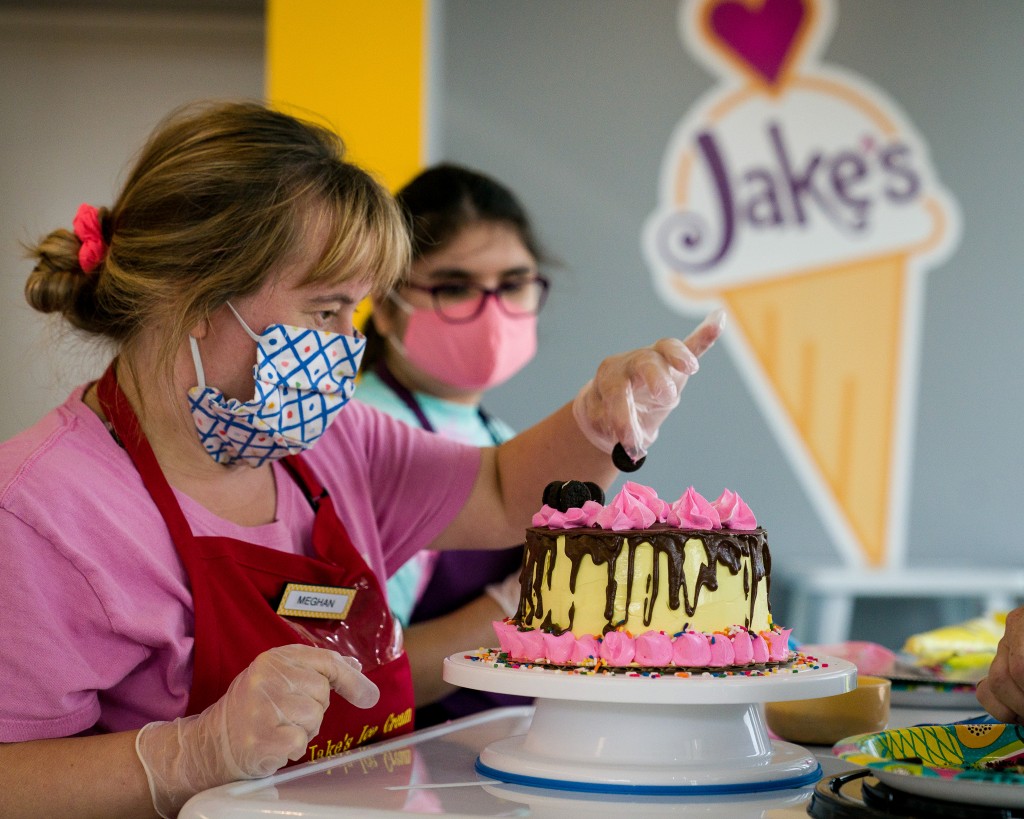 Robin Rinearson was preparing to close her optometry practice in Bailey’s Crossroads and retire at the end of 2020, but the shutdown derailed her plans of working less and traveling more. It also left her concerned for her nephew, Jake, 29, who has cerebral palsy and, amid the pandemic, was laid off from his job at E-Tron Systems, a Northern Virginia nonprofit that offers a work environment for people with disabilities.

With travel on hold, Rinearson decided to celebrate the sweet life in a different way. She scaled back her practice hours, acquired a food license and, in August of 2021, opened an ice cream parlor in Falls Church.

Tucked into a strip mall off Columbia Pike, Jake’s Ice Cream now trains and employs some two dozen adults with disabilities ranging from cerebral palsy to autism spectrum disorder and Down syndrome.

There are no job descriptions. Instead, employees of the scoop shop work with on-site job coaches from the nonprofit ServiceSource to learn new skills and progressively master specific tasks. “We want to meet people where they’re at,” Rinearson says. Store managers and parents of some employees also pitch in to help with training.

Jake, for one, loves his new gig. He likes being active, having a job and making new friends. The last part is something he does easily.

With the arrival of colder weather, the shop has expanded its menu with a few confections to stave off the seasonal chill. In addition to ice cream in flavors such as blackberry, maple, cookie dough and vanilla-salted-caramel (plus a few nondairy vegan options), the menu includes hot cocoa bombs and cake pops. Need ice cream for a local event? They do small catering jobs, too.