A church mission trip sent Josh Leong to Ethiopia. He made a friend—and a film. 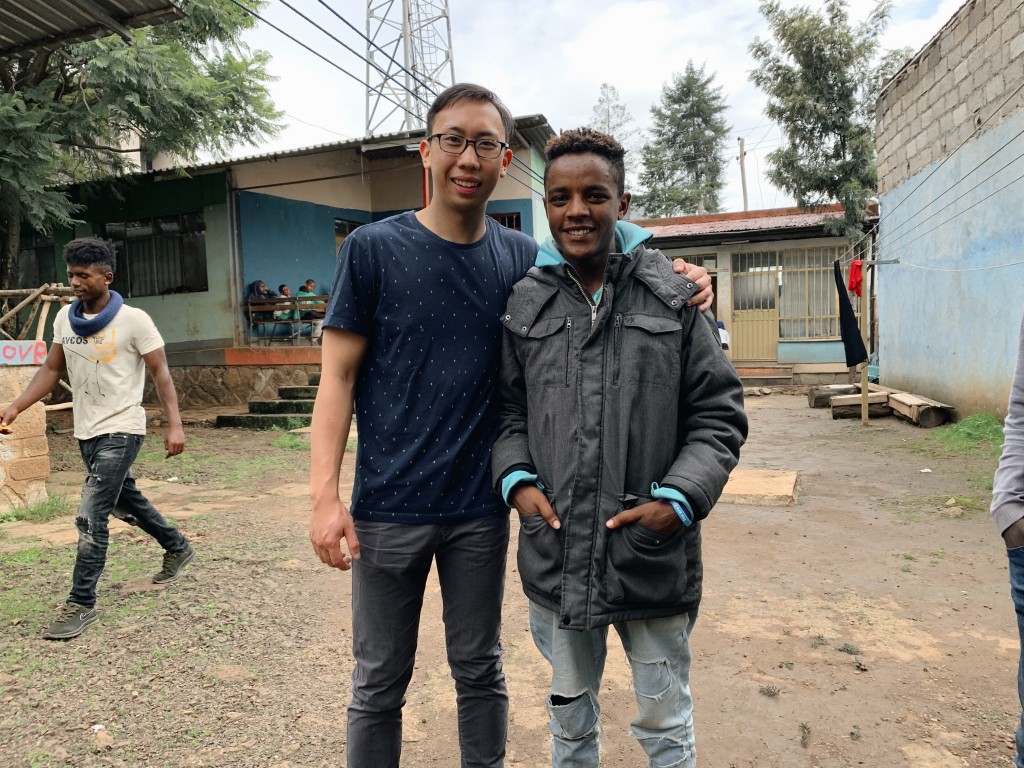 Josh Leong had just graduated from McLean High School in July of 2018 when he embarked on a mission trip to Ethiopia with McLean Bible Church. One of his group’s first stops was a government orphanage for boys in the capital, Addis Ababa.

Trekking through the thick mud that covered the grounds during the rainy season, Leong and his peers were greeted by smiling kids. Some had just finished an intense game of tug-of-war with one of the dogs at the orphanage. Others took a break from playing soccer to say hello.

That’s when Leong, a soon-to-be film student, met a 16-year-old named Abel wearing a Despicable Me T-shirt. Abel’s English was good. They talked about the movie, about the hilarity of the antihero’s minions, about their favorite soccer players.

“Suddenly, I had a tour guide,” Leong says. “He showed me the library, the bathroom, the bedrooms, the lockers and cubbies they used. He showed me where his brother’s name was scrawled into a cubby. I had more of a connection with him than anyone else there.”

In Ethiopia, some 5 million children—nearly 5% of the population—are orphaned, according to the nonprofit Orphan Care Ethiopia (OCE), most having lost their parents to disease, hunger, drought or war. But life under the care of the state is temporary. Once they turn 18, orphans are forced to live on the street, and many resort to pickpocketing or prostitution to survive. This, Leong realized, was Abel’s likely future. He was less than two years away from aging out of the orphanage and having to leave his younger brother behind.

Abel was lively during that first meeting, but by the end of the church group’s three-day visit, Leong came to recognize his cheerful demeanor as a guise. “It was that joyful smile that caught me at first,” Leong says, “which, if you unpack it, really is masking a lot of pent-up stuff. It’s what stuck with me when I thought about him. This was a kid who seems happy outside but is really conflicted inside.”

Weeks later, Leong started his first semester as a film student at NYU in Manhattan. He wrote a script inspired by his new friend. 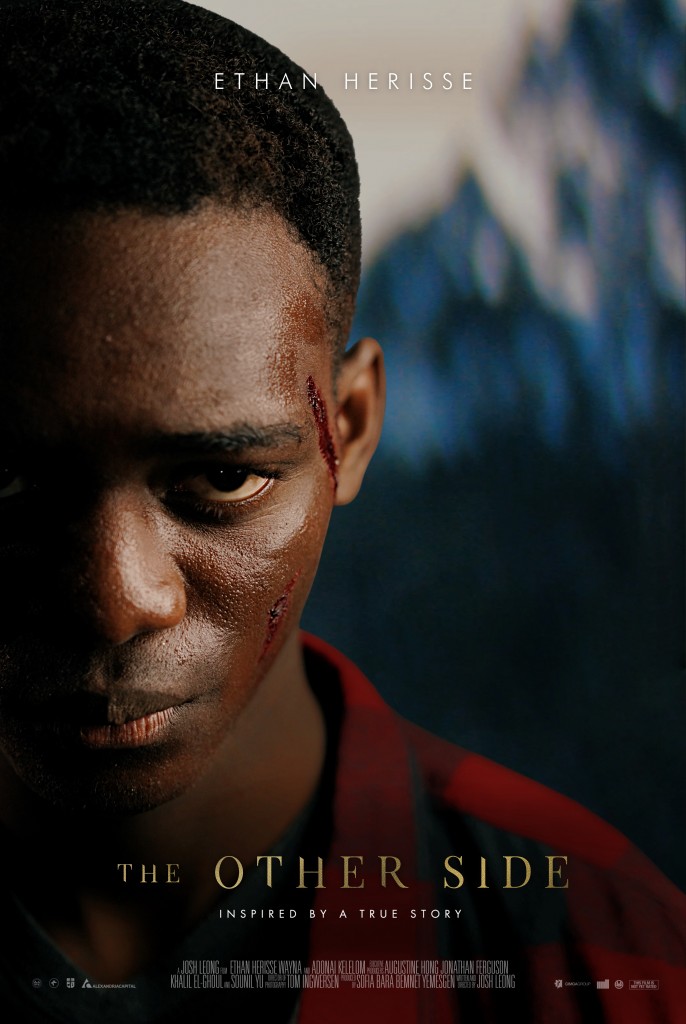 The film poster for The Other Side. (Courtesy photo)

Then he told his church’s global outreach division about the “little thing [he] was working on” and asked if he could return to Ethiopia with a small team to shoot a short film. The “yes” he received in response helped him acquire translators and travel visas, as well as access to the orphanages.

Soon, two of Leong’s NYU classmates were on board—Tom Ingwersen as cinematographer and Sofia Bara, who would become assistant director and co-producer of the short film, The Other Side.

Some hurdles remained. How could a group of non-Ethiopian students plan a film production from 7,000 miles away? Enter Bemnet Yemesgen, an Ethiopian American director, producer, writer and founder of the integrated marketing firm Jegna Creative, who splits his time between D.C., San Francisco and Addis Ababa. Signing on as co-producer, Yemesgen began scouting filming locations and building a team of Ethiopia-based talent.

It helped that the D.C. area has the second largest Ethiopian population behind Addis Ababa (a diaspora that began in the 1970s when many Ethiopians fled their homeland in the wake of a military coup, and continued after the 1980 Refugee Act raised the ceiling on the number of refugees admitted to the U.S.). Several of the film’s core investors are businesses in and around the nation’s capital. The team partnered with OCE, which operates in both D.C. and Addis Ababa, to coordinate embassy and orphanage visits. Wayna Wondwossen, a Grammy-nominated Ethiopian singer from Silver Spring, Maryland, portrays one of the movie’s main characters.

“As the film came together, the Ethiopia-DMV connection became more and more important,” Leong says.

A personal contact of Bara’s led the team to Ethan Herisse, 21, an American actor and UC Irvine student who appeared in Ava DuVernay’s 2019 Emmy Award-winning Netflix series When They See Us. Captivated by the script, Herisse agreed to play the role of Abel.

“Josh is phenomenal,” Herisse says. “It was amazing to see how his mind worked. From such a small team, we put together something really beautiful.”

Ethan Herisse as Abel in The Other Side. (Courtesy photo)

The Other Side finds Abel (as played by Herisse), just days before his 18th birthday, facing the reality that he soon must leave the orphanage and his younger brother, Kiya, behind. When a prospective adopting couple threatens to break their relationship apart, the brothers wrestle with waiting for a dream that may never be fulfilled.

Released in 2020, the short was featured in several Academy Award-qualifying film festivals and garnered a bevy of accolades, including Best Short at the 2020 Greenwich International Film Festival in Connecticut, a One to Watch award at the 43rd Asian American International Film Festival in New York, and nods for Best Screenplay (in the 19-24 age division) and Best Male Performance (for Herisse) at the winter 2021 online Scout Film Festival. A fundraising page on the film’s website invites donations to support OCE’s work facilitating in-country adoptions, medical care, after-school programs, career development and transitional housing.

And yet, amid all the fanfare, Leong recalls speaking to the real Abel—with whom he assiduously keeps in touch—and feeling like a fraud.

“On the other side of the world, while we were raking up awards and raising money for orphan care, pretending like we were making a big difference, [Abel’s] life was falling apart,” Leong says. “He was graduating his orphanage and moving through a difficult season of transition. It felt like, ‘Oh, this film was supposed to save lives and make a difference in his life’ and really it wasn’t actually doing anything.”

Leong, 21, graduates from NYU in December with a B.A. in film and TV production. He and Bara hope to produce a full-length film about Ethiopia’s abandoned children in the not-so-distant future, to bring more attention to the crisis. “This short is just not enough,” he says. The two are currently looking for investors.

In the meantime, Leong is intent on being a good friend to the young man he sees as a brother. In August, he returned to Ethiopia to see Abel, now 19 and on his own, hoping to help him figure out his next move. When he got there, Leong was pleased to find Abel living in an apartment subsidized by an NGO. Later in the 10-day trip, the two met for dinner with the short film’s Ethiopian-based crew members. All of them were eager to help Abel find work.

“[Abel] was smiling the entire time,” Leong says. “It was funny that the crew we worked with [to tell his story] ended up being the same crew that was gonna employ him.”

They continue to text each other almost daily. “It’s not just a movie,” Leong says. “It’s real life.”

Sydney Johnson also writes our Good Stuff column. Watch The Other Side at theothersideshortfilm.com.