Find Yourself Just One Degree of Separation from Kevin Bacon 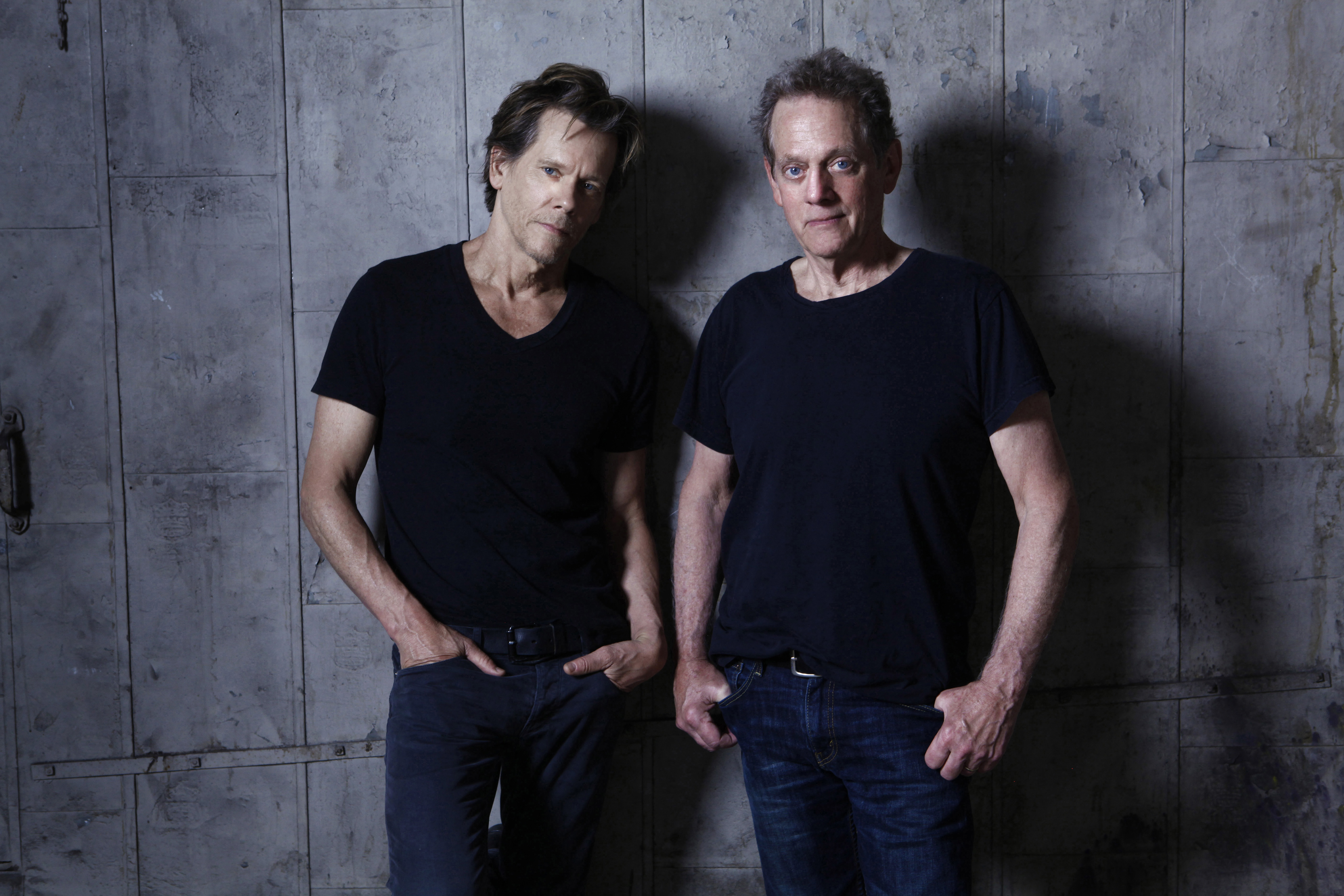 Yes, Kevin Bacon is in a band. And yes, it’s with his brother.

The legendary actor, whose credits include Friday the 13th, Footloose, She’s Having a Baby, JFK, A Few Good Men, Apollo 13, Mystic River and dozens more, has been in a rock band with his composer brother, Michael, since 1995. Together, they have released eight studio albums, with 2018’s self-titled LP blurring the line between classic rock and alt-country.

This Friday, the duo arrives at The Birchmere for a three-night stint that will hopefully include songs like “Tom Petty T-Shirt.”

We reached out to the brothers via email, careful to avoid any reference to the famed film-trivia game, Six Degrees of Kevin Bacon (which, by the way, Kevin parlayed into a charitable organization in 2007). Here’s what they had to say:

Did you grow up in a musical household, and were there any attempts at a family band?

KB: There was lots of music. My brother was already playing with one of our four sisters when I was a little boy. And I backed him up when I was a teenager.

MB: It was very music-appreciative. In high school I was in a jug band with my sister, and Kevin played percussion in my band when he was a teenager.

You both are presumably very busy with your acting and composing careers, respectively. What compelled you to add “musical duo” to your resumes? Has it been challenging to make time for that?

KB: Yes, finding time to record and tour and promote is a big challenge. We certainly didn’t do this because we wanted second careers; we just wanted to share the songs.

MB:  Yes, schedules are [tough] but somehow we’ve managed it for 25 years.

The band seems to make giving back a priority, with a number of benefit concerts. Do you think it’s incumbent on any musical artist to do the same?

KB: The amount that artists give back is entirely up to them. Sometimes that changes over time. When you are young, hungry and trying to make it, it’s hard to think of anything other than yourself.

MB: I don’t look at it as being a sacrifice, so I think 99 percent of musicians consider it a pleasure to share one’s music with others.

There are moments on your 2018 self-titled album that sound pretty alt-country, with hints of Uncle Tupelo or Dawes. Who are the bands you find yourself listening to these days?

KB: It’s a pretty wide range for me. I go from Joni Mitchell and Earth, Wind and Fire to Post Malone and Chance The Rapper.

MB: I like Dawes a lot. I’ve seen them live.

What’s the backstory behind “Broken Glass,” one of the most striking tracks on your most recent record?

KB: It’s a song about struggling in your 20s. Everyone says that being a teenager is so tough, but the 20s can be pretty scary too. Our video for that song stars my daughter Sosie and kind of shows what I’m talking about.

How would you describe the band’s evolution, and where is it headed next?

MB: We’re still trying to find that one song that everybody likes.  As long as we keep writing, we’ll move forward.