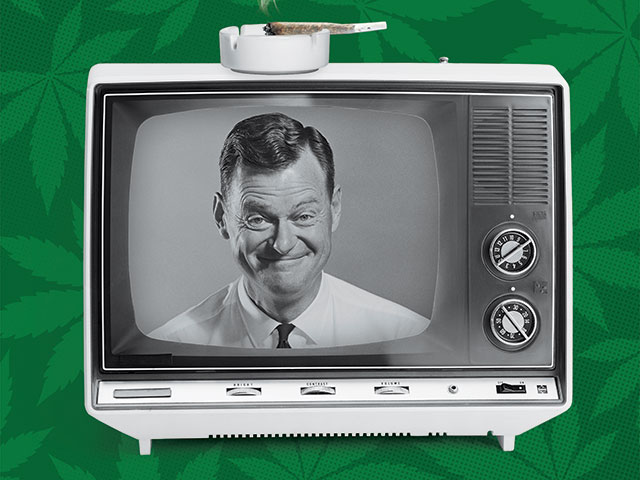 I was 65 the first time I got high on marijuana.

Sure, I smoked pot a couple of times in college, but never felt the promised buzz. Today’s weed, however, is much stronger than yesteryear’s, I’d heard. So, when I had the chance, I lit up a half-smoked roach, inhaled twice and dropped insensate onto my couch to enjoy a celestial high.

Now, I turn to pot and CBD products to feel better. Instead of popping Xanax when I spiral with anxiety, I squeeze a drop of THC tincture under my tongue. When my arthritic hands swell, I massage them with CBD salve. And rather than swallowing Ambien to crash into an eight-hour coma, I nibble a corner of a weed gummy and drift sweetly into sleep.

I’m in good company. As a wave of states legalize marijuana use, studies show seniors are the fastest-growing consumer segment for cannabinoids, principally the high-inducing tetrahydrocannabinol (THC) and the pain/anxiety-reducing, nonintoxicating cannabidiol (CBD). University of Colorado researchers, who crunched numbers from the 2016 National Survey on Drug Use and Health, reported that the ranks of cannabis users over age 65 have increased 10-fold compared with the same study in previous years.

Seniors, like my Northern Virginia friends and me, turn to cannabinoids to fight the pain, disease and indignities of old age—inflamed joints, sleeplessness, anxiety, nausea from chemotherapy, glaucoma, even Alzheimer’s disease.

So do folks who have only recently become eligible for AARP membership. Sacha Cohen, a 50-year-old Arlington resident, uses CBD gummies to fight foot pain, hot flashes and anxiety. “When I’m feeling stressed out, CBD can smooth things out,” she says.

Jenn Michelle Pedini, an executive at Richmond-based Virginia NORML (National Organization for the Reform of Marijuana Laws), thinks the swell of older cannabis users is both logical and ironic. “Seniors have the longest history of using marijuana” (many having had their first puff of it in the ’60s), Pedini says. “And now that it’s legally available, they’re turning to cannabis products as a safer alternative to prescription drugs.”

Now let’s be clear: Since marijuana is federally classified as a schedule 1 drug, rigorous studies on the risks and benefits of the plant have been hard to conduct. One recent study in the New England Journal of Medicine said, “Research is needed to understand the effects of long-term cannabis use in older adults,” which could include “cognitive changes, falls, and interactions with prescription medications.”

Further, when Pedini says “legally available,” she’s not talking about here in Virginia. While Maryland and Washington, D.C., are accepting marijuana to varying degrees for medical and recreational use, weed is still technically illegal in the Commonwealth.

That’s one reason some older adults are turning to cannabis for more than relief from aches and pains. Seniors, like everybody else, enjoy getting buzzed. And instead of chilling out with three fingers of scotch or a couple of Percocets left over from knee surgery or a face-lift, a growing number are using weed.

Keith Stroup, the 75-year-old founder of NORML, has been a connoisseur for most of his adult life.

“Don’t get the impression that older smokers are only smoking for medical purposes,” says Stroup, who lives in Falls Church. “Many, like me, just enjoy getting high.”

I know a 50-year-old woman in McLean—let’s call her Sharon—who’s been battling multiple sclerosis since she was 35.

For 13 years, Sharon depended on “a shoebox” of prescription drugs to manage her MS symptoms, which included up to 10 knockout seizures a day. To mute the medicines’ side effects, she took another pile of pills, which had side effects of their own. “I felt drugged all the time, easily agitated, unmotivated and sad,” she says.

Fearing a seizure or anxiety attack in public, Sharon stopped attending events at her kids’ school (she’s a mom of two) and sporting events and just about everything else she loved. Ultimately, she became a shut-in thinking of suicide.“I used to be so outgoing, the life of the party,” she says. “But I became emaciated, literally a shadow of myself. I didn’t want to live anymore. And I knew I had to get off the drugs.”

Two years ago, Sharon told her neurologist she was done with Big Pharma. She wanted to combat her disease with marijuana, which she had smoked for decades but gave up when the seizures began. “The whole time I was going through my seizures, I didn’t smoke at all,” she says. “I think that was part of the problem.”

The National Academies of Sciences, Engineering, and Medicine, which reviewed 10,000 scientific abstracts about the health effects of marijuana, concluded in 2017 that cannabinoids can help alleviate multiple sclerosis-related muscle spasms.

Combating MS with weed was worth a try, Sharon thought. Her neurologist, who is based in D.C., agreed and offered to write her a recommendation for medical marijuana. But because Sharon lives in Virginia, she was not able to act on that recommendation. So, when she returned home, she called a “friend” and said, “Give me some pot.”