Cupcakes, Cookies and Pies, Oh My! A Master Baker Shares Her Secrets.

For years, Mary Lee Montfort’s recipes were off limits. Now she's sharing them in a new cookbook, for a good cause.

Mary Lee Montfort’s family knew not to bother requesting the recipes for her mint-chocolate cupcakes, Boston cream pie, M&M bars, or any of the other delectable offerings of Mary Lee’s Desserts, the baking business she ran out of her Vienna home for 15 years. They were well-guarded secrets.

In September 2019, Montfort and her husband, Rick—their two boys grown and out of the nest—downsized and moved to McLean. “When I sent out the e-blast saying I was retiring, my ego expected a lot of, ‘Oh, I’m so sorry! We will miss you so much!’ ” she says with a laugh, “but, no, I got people asking me for my recipes! I was smart enough not to give them out. It was a running joke in our family.”

Now Montfort, who was born and raised in Arlington (she’s a Yorktown High School alumna), is finally revealing her tricks of the trade with the release of Baking the Best of Mary Lee’s Desserts, a self-published cookbook with more than 100 color photos accompanying recipes for cupcakes, cakes, icings, cookies, bars, tartlets and other goodies. 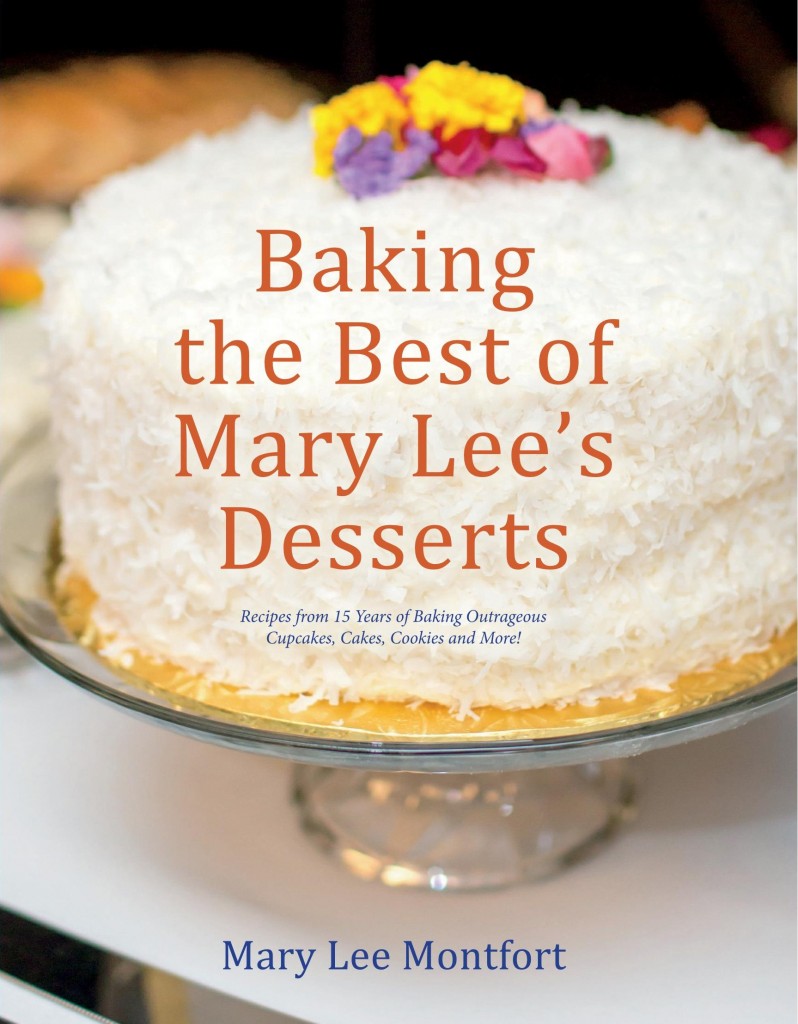 The book is a primer of stylish (mostly) American treats with tips on ingredients (the author names her preferred brands) and techniques. Cupcakes, for instance, are best made in Reynolds Kitchen Foil Baking Cups (“They are a bit bigger than their paper counterparts and they help the cake layer stay really moist,” she writes), which should be placed freestanding on baking sheets rather than in muffin tins for better rise and more even baking.

Montfort learned how to cook from her mother, Lee Hessney Pomponio. After earning a degree in communications from the University of Texas, she embarked on a career in advertising, first in New York City, then in San Francisco, where she met Rick. The couple later moved to Seattle, where Montfort ditched advertising and became a line cook at Union Bay Café. The fact that she had no professional kitchen experience appealed to chef/owner Mark Manley, who liked training green cooks on his own terms. “He taught me everything,” she says. “I did prep and made all of his desserts. I was on my feet all day but loved it. I’d sing my way to work and sing my way home.” In 2000, Rick’s job as an attorney brought them back to Virginia.

A labor of love, Montfort’s cookbook ($45) took a year to write. She covered the printing costs herself and is donating all of the proceeds to three nonprofits: José Andrés’ World Central Kitchen, St. Jude Children’s Research Hospital and The Trevor Project, which focuses on suicide prevention for LGBTQ and questioning youth.

Want in on another secret? To ensure that the greatest share of each cookbook sale goes to a good cause (and not to the hefty cuts taken by major online retailers), purchase it through Montfort’s publishing outfit, BookBaby.com, or at Bards Alley Bookshop in Vienna.