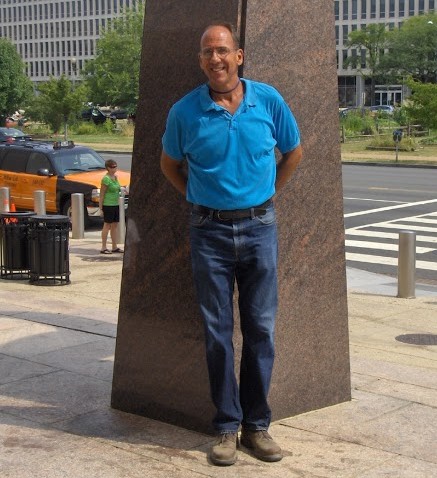 Tammy Bagnato was about to break the law. It was 5:40 in the morning, just a few days after Christmas 2009, and she was standing outside a ground-level apartment unit at the Fort Strong Properties complex, trying to find a way inside. She had already tried the windows and the sliding-glass door, to no avail.

She called 9-1-1 to warn the Arlington County Police dispatcher that she was ready to break the door down.

“Just stay there. I’ll have someone there right away,” the operator told her.

The apartment, on North Calvert Street in Arlington, was the home of Bagnato’s friend and weekend biking companion, Carl Diener. He had lived there 35 years.

Diener worked at the Arlington Sport & Health on North Kirkwood Road and was known to be punctual. Early birds like Bagnato counted on him to open the health club in the wee hours so they could fit in their workouts before work.

“He was the only person I actually saw every single day of my life,” says Bagnato, now 47, a trim brunette with long hair. “I knew his ways. I told him, ‘If you ever don’t show up, I’m calling the police.’”

On this chilly morning, Bagnato’s words turned out to be prescient.

She had arrived at the gym, only to find the doors locked and the parking lot full of idling cars as members waited for Diener, who was 30 minutes late. Fearing her friend had suffered a medical emergency, she drove the mile and a half to his place. When he didn’t answer, she called the police.

Soon after, Bagnato was sitting in an unmarked car with Arlington Police Detectives Rosa Ortiz and Scott Linder. They asked her to describe what her friend might have been wearing that morning. “I said his shoelaces were red,” she says.

That small detail caused the detectives to exchange a knowing glance. Linder asked Bagnato to look at a photograph on his phone.

The picture was of Diener, but the face Bagnato saw was unfamiliar. “He was on the ground and he was dead,” she says. “I didn’t recognize him. I said, ‘What is this?’ ”