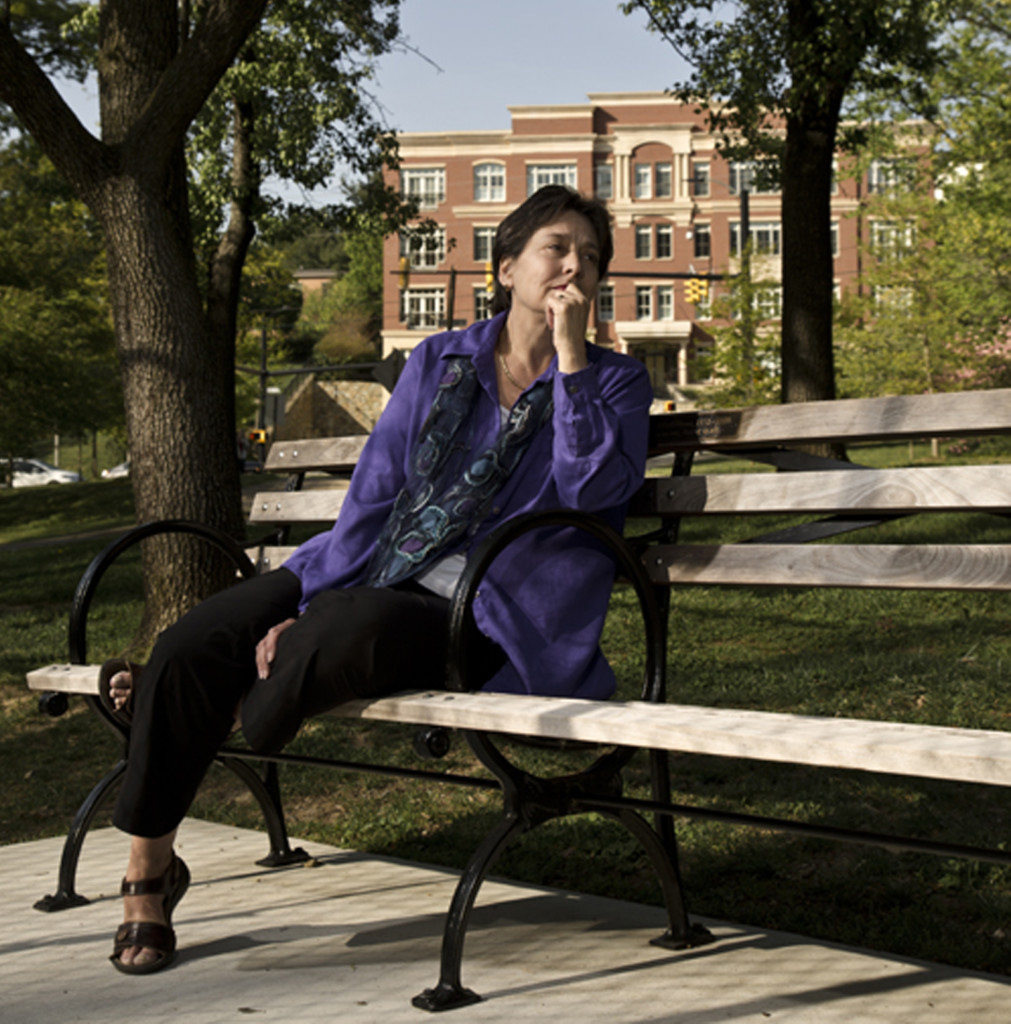 Patti Diener Lough on the bench that was dedicated to her brother in Lyon Village Park. Photo by Benjamin C. Tankersley

Friends remember Diener as a generous and gregarious guy who was impossible not to like.

“If he invited you to lunch, he was treating,” says Mark Kovalcik, a co-worker and pal of Diener’s for 25 years. The pair had started working at the U.S. General Services Administration within months of each other and became fast friends, frequently heading to lunch at the now-closed Hodges Sandwich Shop on New York Avenue in the District. Diener always ordered the roast beef.

Prior to working as a program analyst for concessions at GSA, Diener had been a D.C. health inspector, a job he took in 1974 after moving to Arlington from his hometown of Scranton, Pa., where he had graduated from the University of Scranton. A modest person, he disliked being the center of attention—so much so that he refused to allow co-workers to throw him a goodbye party upon his retirement from GSA in January 2009. He opted instead for a low-key lunch with two colleagues.

A bachelor, he loved the New York Giants and hated the Redskins. He enjoyed his privacy, but had a big heart.

Patti Diener Lough, his only sibling, remembers the time her older brother visited her home in Boise, Idaho, in August 2008. During that trip, he asked if they could stop by the local Ronald McDonald House. He had recently started collecting and sending aluminum soda can tabs to the charity, which recycled the metal scraps as a fundraiser. “I said, ‘Why are you sending bags of aluminum tabs to Boise, Idaho? Why don’t you just mail them a check?’ ” Lough recalls.

Diener had his reasons. In this case, the donation was in tribute to their mother, Gertrude, who had passed away in Boise in April 2005. Stopping by the Ronald McDonald House near their mother’s home, he greeted volunteer Mary Hansen, who manages the nonprofit’s tab-collection program, with one hand behind his back. He then produced his loot with a flourish.

“Usually my mother taught me to bring flowers to a young lady,” he told Hansen, “but in this case I knew you’d want tabs.”

Back in Arlington, Diener turned the everyday grind of staying in shape into a social activity for the members at Sport & Health. “I would walk in the door and he would throw his arms up in the air and say, ‘Yay! Tammy’s here!’ ” Bagnato says. “He did that to everybody.”

Diener continued to work part-time at Sport & Health even after retiring from his government job—not because he needed the money, but because he relished the friendships he had made there. Keeping it simple, he didn’t own a car, a cellphone or a computer. He walked to work every morning.

An avid tennis and racquetball player, he was also quite fit.

Jameelah Hassan, a front-desk receptionist at Sport & Health, remembers Diener hitting the racquetball courts with club members and barely breaking a sweat. “He’d stand there and let the other person do the running. It was so comical to me. I used to love to watch him.”

Today, Diener’s racket is affixed to a plaque at the gym. It lists winners of a racquetball tournament held in his honor.

It’s not the only totem installed as a memorial. Just down the road in Lyon Village Park sits a wooden bench facing the tennis courts he frequented. A plaque on it reads: “In Memory of Carl Diener, 1952-2009. Stranger to no one, friend to all.”

That tribute sums up what Ortiz surmised herself after interviewing family members, friends and acquaintances in search of clues as to why anyone would want to harm Diener. There weren’t any.

After six months, police still had no viable leads.

“That was the most frustrating part of the investigation,” Ortiz recalls. “You’re looking everywhere for information. We had to start with Carl and he was just such an outstanding citizen. Nobody wanted to personally hurt him.”