Thick Crust or Thin? Nighthawk Pizza Has Both 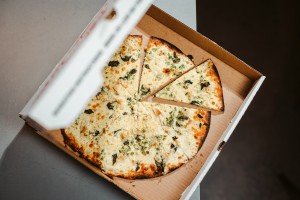 “I grew up working at crappy Italian restaurants in Baltimore County as a busboy, a runner and making New York-style pizza,” Spero says. “That’s when I fell in love with the restaurant business. I’d eat pizza every day if my family let me.” 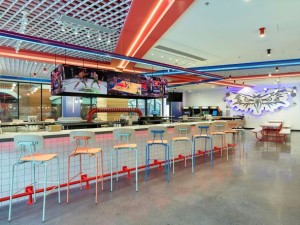 Nighthawk, which seats a whopping 343 inside and 82 on the patio, was designed by D.C.-based 3877 Design as an homage to The Max, the student hangout in the ’90s sitcom Saved by the Bell. It’s a vast space filled with red and blue neon lighting, slick picnic tables, TVs set to sports channels and a sprinkling of video arcade games. The brewery part of the operation is on display behind glass windows.

To achieve the tavern pizza’s thin-and-crispy crust, the dough is rolled out and left uncovered in the refrigerator overnight (“This creates a dry surface when it hits the stone,” Spero explains) and then baked at high temperatures in an electric deck oven. Fan favorites include a littleneck clam pizza made with mozzarella, provolone, fontina, pecorino and white sauce; and a pepperoni pie with pickled peppers and hot honey. 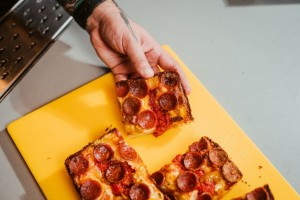 Spero estimates that thin-crusts account for about 70% of pizza sales, but you can count me in the minority: I love the thick-crust pepperoni pie.

Spero couldn’t resist adding some chef-y items, like burrata with porcini oil, but he concedes that most customers come for the pizza, burgers and wings. 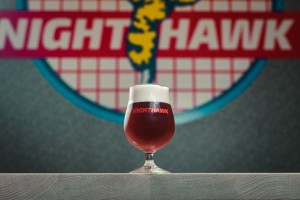 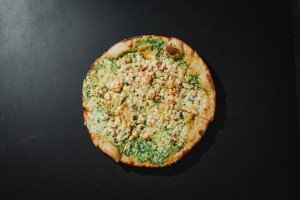 Nighthawk Serves Up Pizza and Beer With ’90s Flair 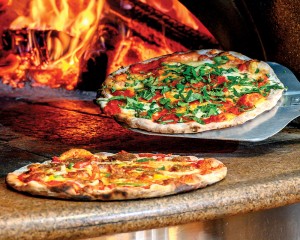 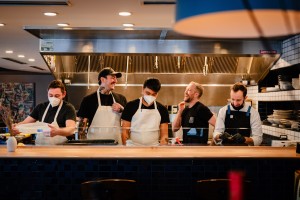 These D.C. Chefs Are Opening Restaurants in Virginia