‘On Air’ Tunes in to the Rise of the Radio Era 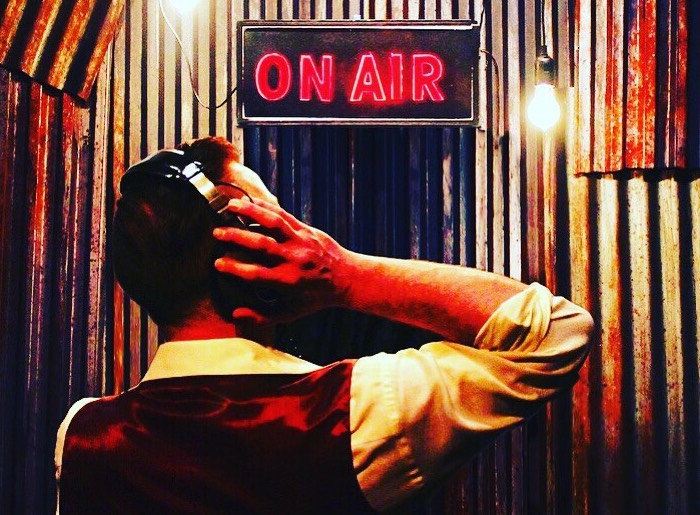 “It’s truly a different time because we were also on the dawn of so much change in the ’20s: culture, women got the right to vote, technology became an industry,” says Stephen Gregory Smith. “The whole country was coming to life with things that lit up and made sound. It’s the dawn of a really exciting era.”

The Arlington playwright, who with husband and composer Matt Conner has written 20 musicals, produced both locally and internationally, is passionate about the duo’s latest work, On Air. Written during what’s perhaps the golden age of broadcast radio, the musical opened May 2 and runs through May 26 at Creative Cauldron, tracing the lives of radio trailblazers Frank and Flora Conrad. While not the inventors of radio, the Conrads are credited with launching the first commercial radio station from an unlikely locale: their garage.

In 1916, Frank—an inventor and longtime employee of Westinghouse Electric—began experimental broadcasts from his garage in Pittsburgh as station 8XK, sometimes airing records or even live music from his home. By 1920, Conrad was developing a station for Westinghouse that would become the nation’s first commercial radio station, KDKA 1020 AM. And on November 2, 1920, it aired its first broadcast: the results of the presidential election between Warren G. Harding and James M. Cox (which, incidentally for Flora, was also the first U.S. presidential election in which women could vote).

For Helen Hayes Award winners Conner, 49, and Smith, 40—who also direct On Air and many of their other shows—the staging of the production is “bittersweet.” It’s the fifth and final installment of their Bold New Works for Intimate Stages, a five-year series of world-premiere musicals commissioned by Creative Cauldron producing director Laura Connors Hull. We caught up with the pair, partners both on and off stage, to discuss the show. 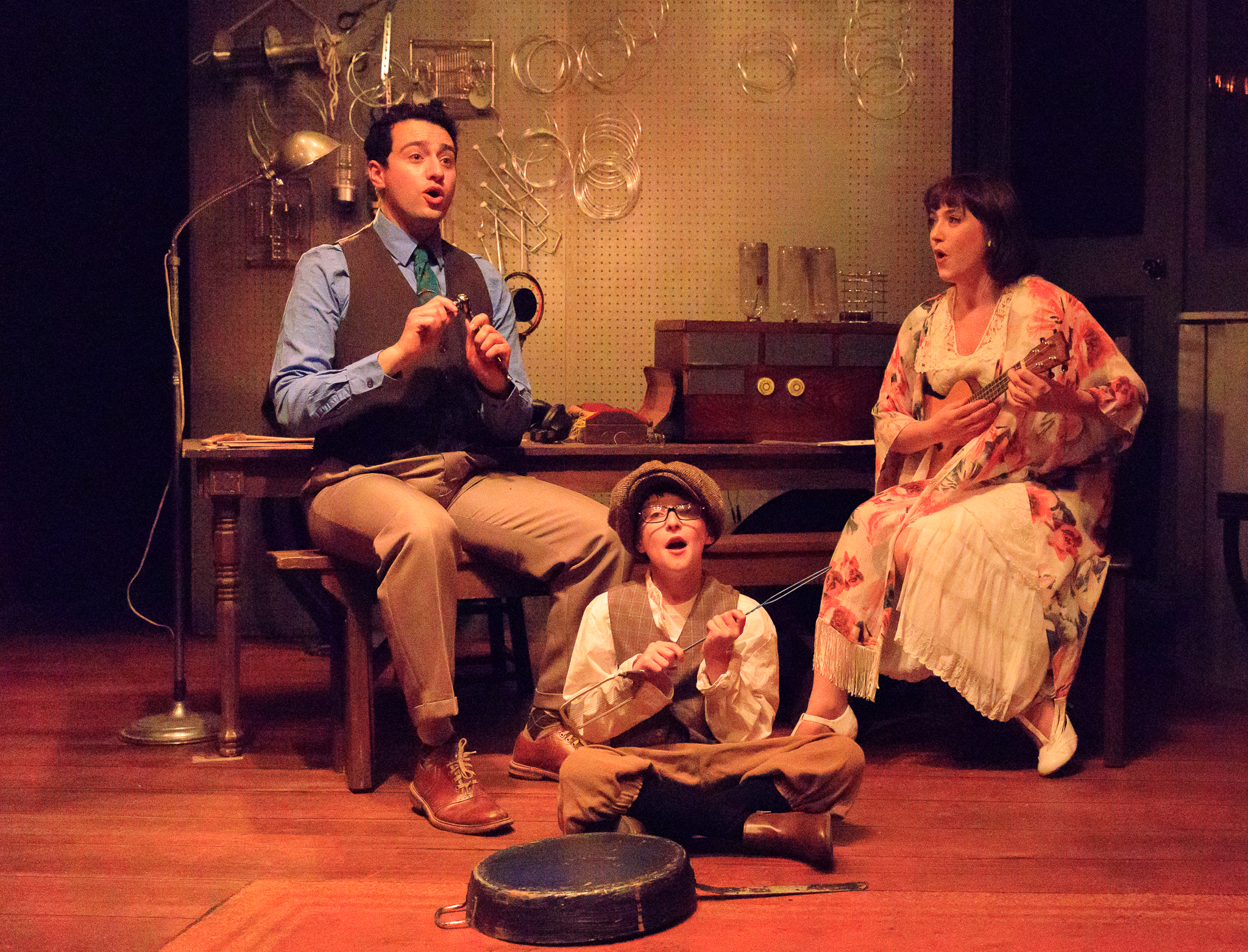 How did you think of and develop the idea for On Air?

Smith: I’ve always been obsessed with The War of the Worlds broadcast and wanted to write a musicalization of that in some way. My favorite night of the week is Sunday evenings when WAMU plays the old radio shows. Matt was not sold on doing a War of the Worlds show because our Night of the Living Dead was too similar. So I said, “What if it’s just a brief part of the show, and then the show’s more about radio writ large?” I started to look up anything else to do with the radio through time, printed everything up and we went out to eat. We were leafing through the material and found the story of Frank and Flora Conrad.

The more I delved into their story and the fact that they started to broadcast and play music and sing live from their home with their family, [the more] it seemed like this magical little Von Trapp family of radio. As with any historical fiction, I did a lot of guessing. I have a friend who is a historian in the area, Renee Klish. She sent me every newspaper article ever printed, over probably 300 articles. What was great is a lot of my guesses were accurate: What if his son grows up and goes into radio as well? It happened. Is Flora maybe a feminist, leading the charge for votes for women? Yes she was.

I had an idea that behind every great man is a better woman—was it Flora’s idea that pushed so much of this along? I read somewhere that she used to chop the wood so he could keep experimenting with radio in his garage. And I started to write her as a very sassy, spunky 1920s gal. And then I found interviews with her: [In] her last interview, she’s in her 80s, she has broken her hip, she’s smoking a cigarette in her bed and talking about [how] the whole idea for the first broadcast was hers. She was political, and her husband was not, but it was the first time she got to vote, so she didn’t want to wait for the paper the next morning to figure out how it turned out. There’s this interview where she says, “The whole thing was my idea, and Westinghouse never said ‘thank you.’ They never even gave me a coffee pot.” 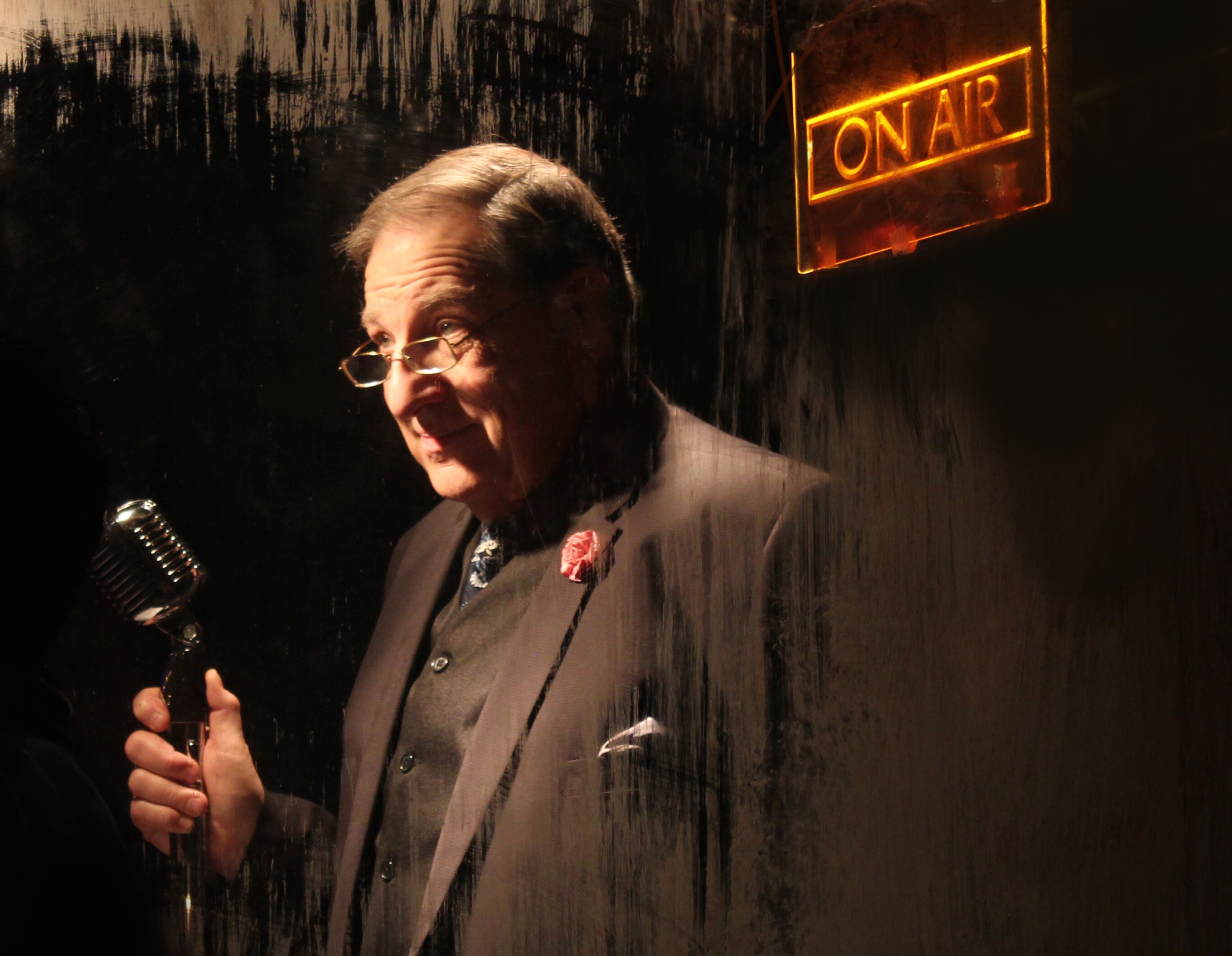 Robert A. Davis delivers the “Radio Voice” in the latest production from Stephen Gregory Smith and Matt Conner. (Photo by Keith Waters)

In your minds, what were the Conrads’ greatest contributions to radio and American life?

Smith: Connecting people. The great thing about this story is that at its heart, it is a story about connection, human beings, whether that’s friendships, relationships. And radio was the biggest game-changer. It had more listeners than any TV broadcast ever had, because it was the only option for so long. It was really the great unifier of the country in a time when we were just coming back from the First World War, and leading up to the next, and dealing with the Great Depression, the Dust Bowl, everything else. It was the only thing that really brought the whole nation together. It brought family together. It was just one of the greatest inventions of our lifetime—not that they invented it. They just figured out a way to share it with everybody.

Conner: There’s something beautiful in the show about the nostalgic feeling of the family unit and connection. Radio was the one thing that really brought families together to listen to the program, and we have a little bit of an Americana score that feels a little patriotic. We have some very jazzy, chromatic songs that feel very of the period. I think that right now people are longing for a time when the country felt a little more hopeful, unified. And that’s kind of what this piece takes you back to.

Smith: Regardless of your politics, feeling patriotic almost feels nostalgic at this moment in time. The country’s so divided that it feels like we’re not the United States of America at all. There was something that really gave me all the feels writing this in remembering a time when the country was unified and, yeah, there were problems then too. But it was such a different time. There’s something about this show that’s so honest and true, not jaded. It’s just so hopeful because that’s how people were.