Outlaws, Bikers and the Blues 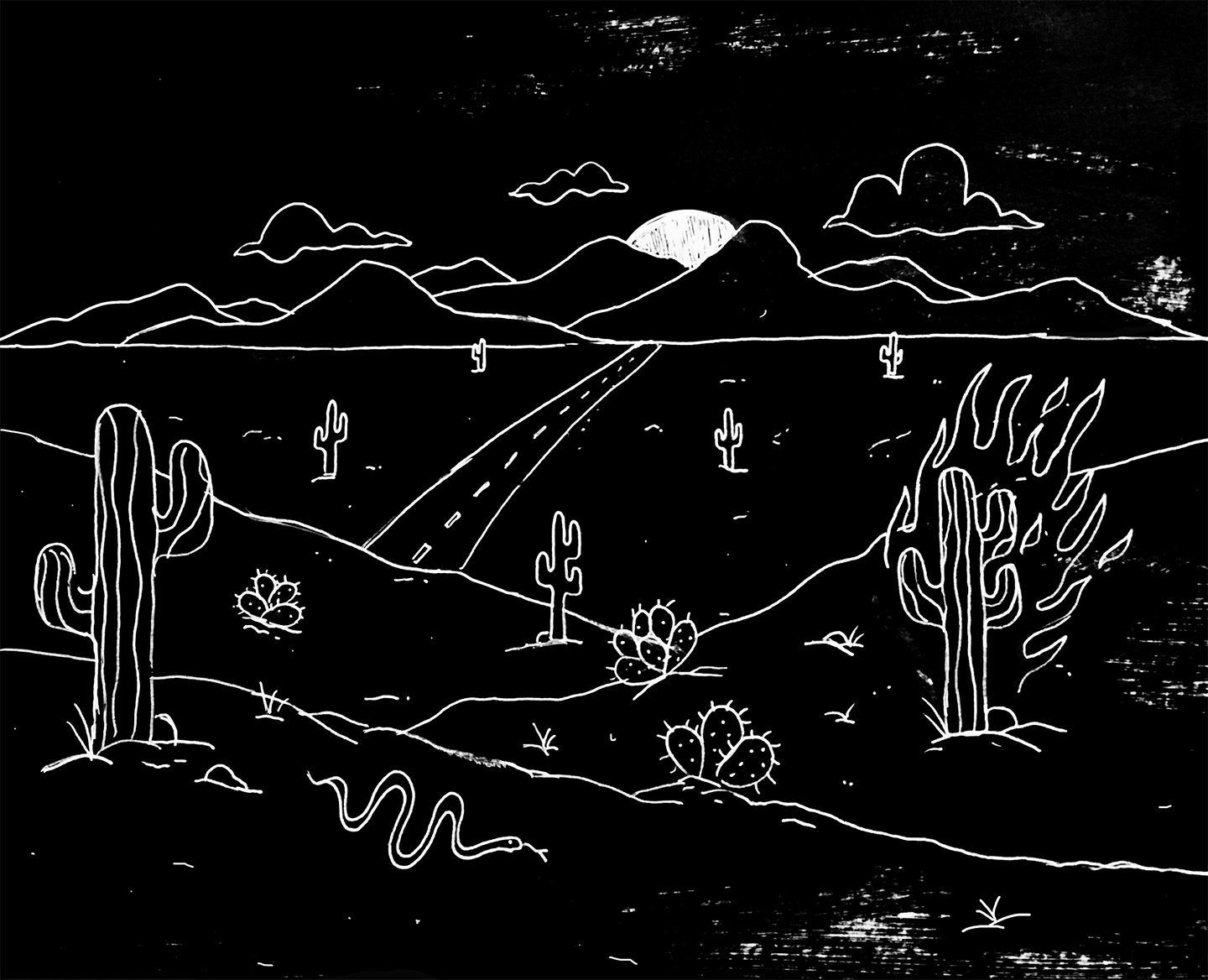 “Sing Me Back Home” by Ham Smith

“I like when things are imperfect because that makes it more human,” says Ham Smith, a muralist, illustrator, animator and portraitist who grew up in Falls Church.

Smith, 25, says he deliberately leaves eraser marks and crooked lines in his work to retain some of its “rawness.” You may have seen his art around town. He completed two works for Arlington County Cultural Affairs in 2017, a mural on Four Mile Run Drive outside Arlington’s Theatre on the Run, and a mural-inspired T-shirt, now available at the Made in Arlington Pop-Up Shop in Courthouse. He also illustrated a menu in 2012 for the D.C. location of Jaleo and painted a mural on the exterior of SmithGifford, the Falls Church ad firm of his father, also a painter.

In a recent phone interview, Smith called the Four Mile Run installation—which features paper airplanes flying past whimsical imagery over a goldenrod-painted facade—his “most PG mural.” Much of his other work integrates symbols of misery, rebellion and death:  A house atop a hill in the moonlight and the text “There is nothing left”; A hooded skull and the words “Burn with me.”

His portfolio is also loaded with (often desolate) references to both cowboy and biker culture, some of which fans have asked to borrow for tattoo designs. One of his custom vintage painted jackets—which he creates with his girlfriend for their clothing company, Low Timers—depicts a smoking gun and noose alongside other grim iconography and the words “Born to Lose.” He says it was inspired by old Westerns.

That interest in the dangerous and nefarious began with an early preoccupation with horror films. While Smith says neither he nor his friends would describe him as a “dark” person, he has loved horror since seeing Halloween as a child. He remembers sneaking out of his bedroom to watch horror movies at night in his living room. 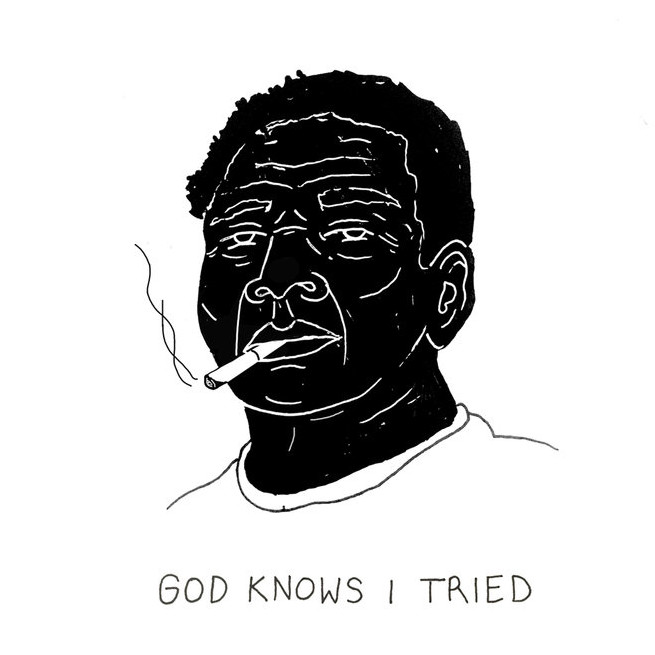 Mississippi Delta blues are also a key influence for Smith, who studied illustration in the South at Georgia’s Savannah College of Art and Design. Several of his portraits are of legendary blues musicians, such as Junior Kimbrough, R.L. Burnside and T-Model Ford, which he bases on photographs or stills from documentaries.

“With old blues music, everything is just raw. They didn’t have big recording studios, they didn’t have any money,” Smith says. “I love that aspect of just, it is what it is.”

The artist, who has also shown work in New York, L.A. and Georgia, recently moved to Reedville (in Virginia’s Northern Neck) from Brooklyn, N.Y., but he’s preparing to relocate again—this time to New Orleans to open a brick-and-mortar vintage shop and design house.

Creating is something he says he needs to do on a daily basis. It’s a habit he developed as a child making furniture in his grandfather’s backyard woodshop in Richmond.

“If I don’t spend some time each day drawing or painting or anything really [where] I can put my thoughts onto paper, it drives me nuts,” he says. “I start becoming really frustrated because I haven’t had that release.” Sometimes he and his girlfriend take weeklong road trips, collecting vintage items for their shop.

And yet for all of Smith’s bleak symbolism, the artist also seems to have a healthy reserve of optimism. The splash screen of his website features a GIF of a dog in profile and the text, “It will be okay.”