Patsy’s American: A New Restaurant With a Familiar Feeling 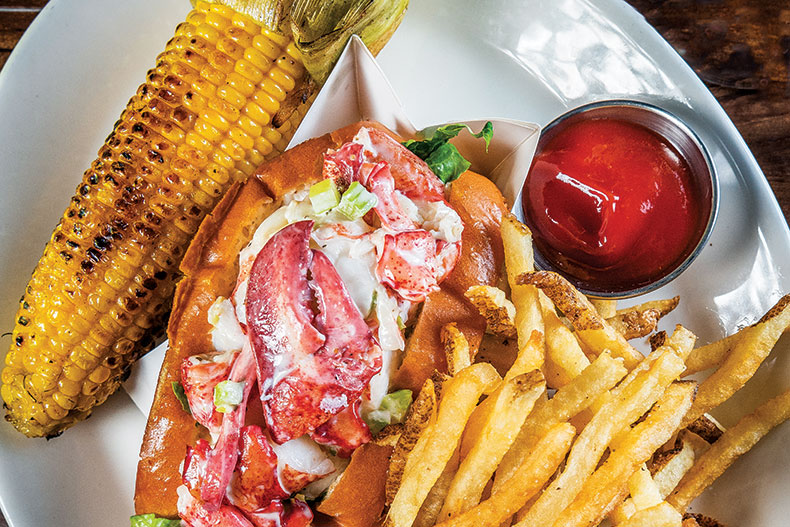 Great American Restaurants (GAR) opened its first restaurant in 1976. Since then, it has grown into a cherished local empire whose 17 properties include Carlyle, Best Buns, Sweetwater Tavern and Coastal Flats, among others.

And to think it all began with a love story. Randy Norton, a GAR co-founder, met his wife, Patsy, in a geometry class at Fort Hunt High School in Alexandria. They married in 1967. Patsy, a great cook, was responsible for the desserts and many savory dishes in the company’s early days.

Today, GAR is a family affair, with Randy serving as chairman; son Jon as CEO; daughter Jill as V.P. of construction and design; and son Timmy as the chef in charge of menu R&D. Recently, the kids were thinking they’d like to do something big to honor their parents, both 71, who live in McLean and have been married more than 50 years.

So as a tribute, they unveiled a trio of new restaurants in Tysons. The complex includes a second Best Buns (try the monkey bread); the upscale Randy’s Prime Seafood & Steaks; and Patsy’s American, a big, welcoming spot serving a menu of greatest hits from GAR kitchens. That includes fan favorites like shrimp-and-corn fritters, prime rib, and the generous lobster roll that the family matriarch created for one of GAR’s first restaurants, Fritzbe’s (now Silverado).

Outstanding service is a GAR hallmark, and Patsy’s is no exception. The vast, 7,429-square-foot space resembles a turn-of-the-century railway station with sweeping archways, exposed brick, ironwork and two stunning murals by Maine artist John Gable. For one of the murals, the company polled its 1,700 employees and asked, “Who are the five people—dead or alive—you would have at your dream dinner party?” Their answers explain the mural’s eclectic band of all-stars, including Supreme Court Justice Ruth Bader Ginsburg, Bruce Springsteen, Julia Child and Whoopi Goldberg. A second mural depicts a carnival scene in which a vendor is handing balloons to Patsy and Randy’s six grandchildren. Perhaps a metaphor for passing the torch?