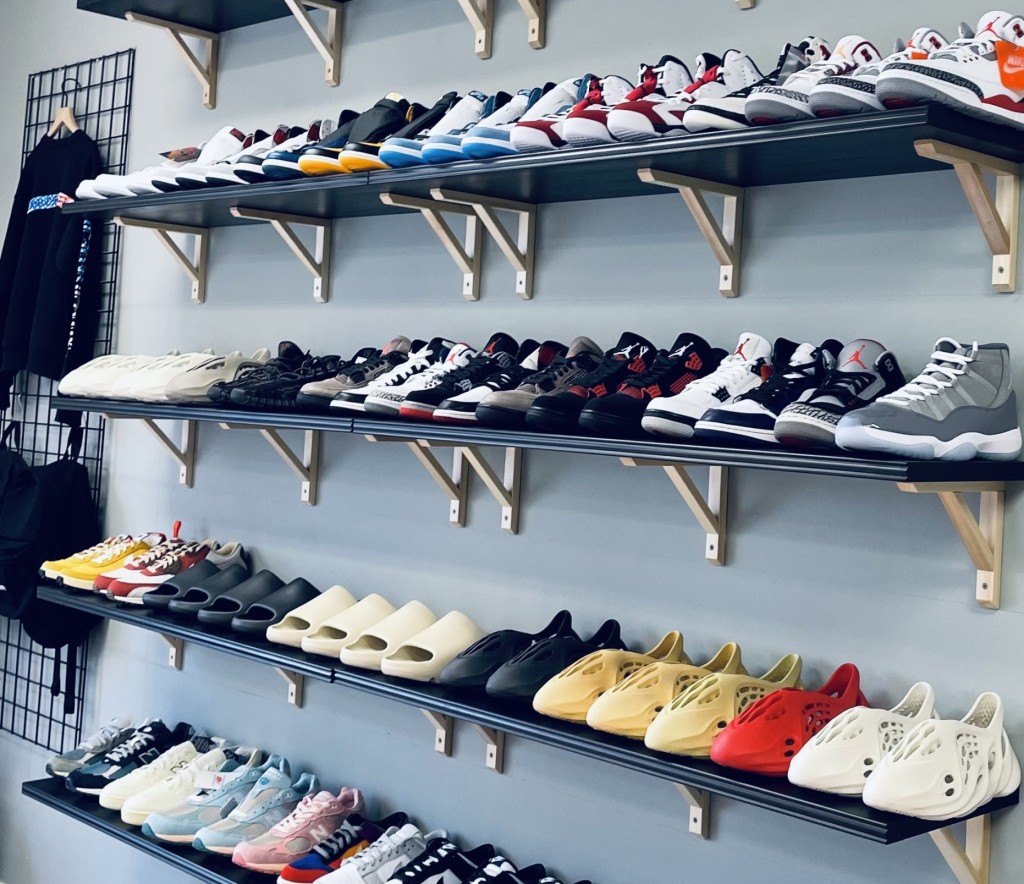 The People’s Place opens Nov. 12 in Clarendon with a truckload of gently used streetwear. (Photo by Eliza Tebo)

The People’s Place opens Saturday, Nov. 12 in Clarendon as a destination for gently used streetwear. It’s a new venture for Fabricio Gamarra, a 2018 graduate of Washington-Liberty High School, who entered the buy-sell-trade clothing game four years ago. He started out flipping sneakers, but soon wanted to do more.

“It got to a point when we were being at events, selling that stuff, where [the merchandise] was a lot of the same things,” he says. “[I wondered], how can I differentiate myself from everyone else selling the same thing?”

Gamarra, 22, had been scoping out goods at flea markets and realized he could expand on what he had in stock, turning a profit on vintage tees and other apparel.

In 2018, he started his own label, Forbiiiden Vintage, for his choice finds. He began staging pop-up markets, first in a friend’s basement, and later, in larger outdoor locations. Branded “Euphoria,” the pop-up sales are so sought-after that a 2020 neighborhood event brought in an estimated 2,000-3,000 people, he says. 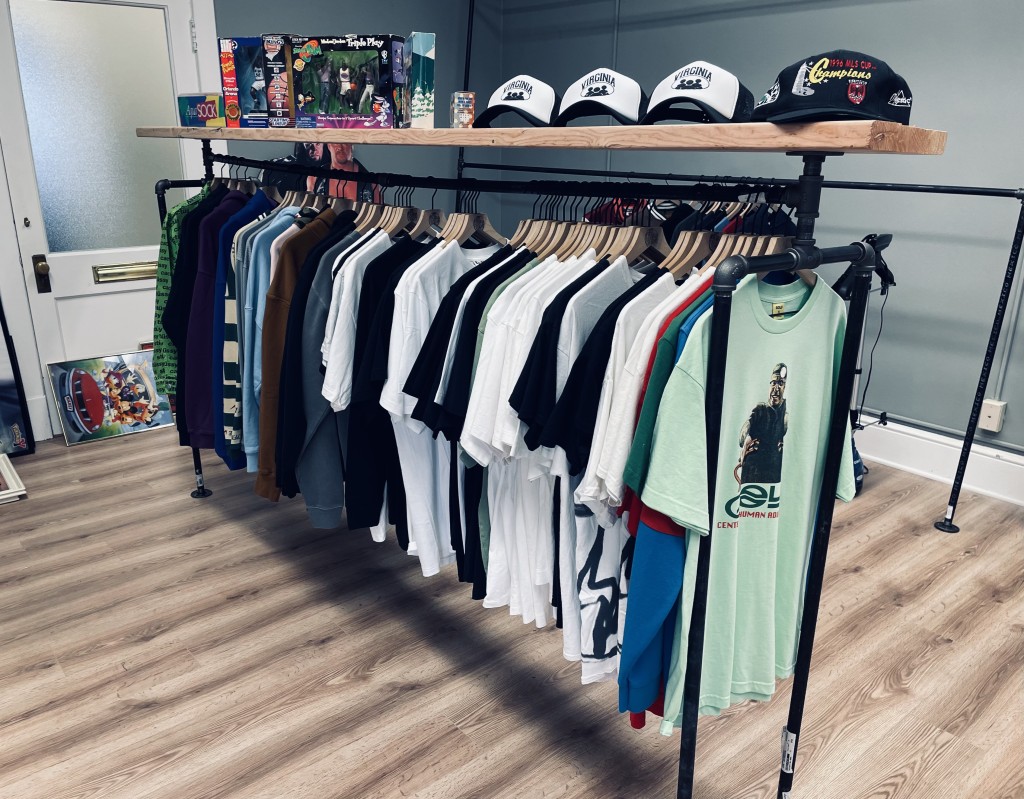 Vintage tees feature iconography from cartoons, cinema and the world of wrestling. (Photo by Eliza Tebo)

Catering to customers who don’t have the time or inclination to sift through thrift store racks in search of gems, Gamarra serves as a middle man in the buy-sell-trade game. He purchases retro clothes and accessories in bulk from thrifters, then resells the best items to consumers on social media and at in-person events. The shop owner, who grew up in Arlington, recently managed The People’s Place in Manassas before he decided to open his own store.

Tucked into a multi-room, second-floor space on Clarendon’s main drag (the entrance is sandwiched between Clarendon Ballroom and Spider Kelly’s) the shop offers a rotating collection of caps, outerwear and T-shirts (check out the wrestling and anime screen tees), plus sneakers and accessories from brands such as Supreme, Nike and New Balance.

There’s also a counter for trading in preloved clothing. Film posters from the ’80s and ’90s adorn the walls. 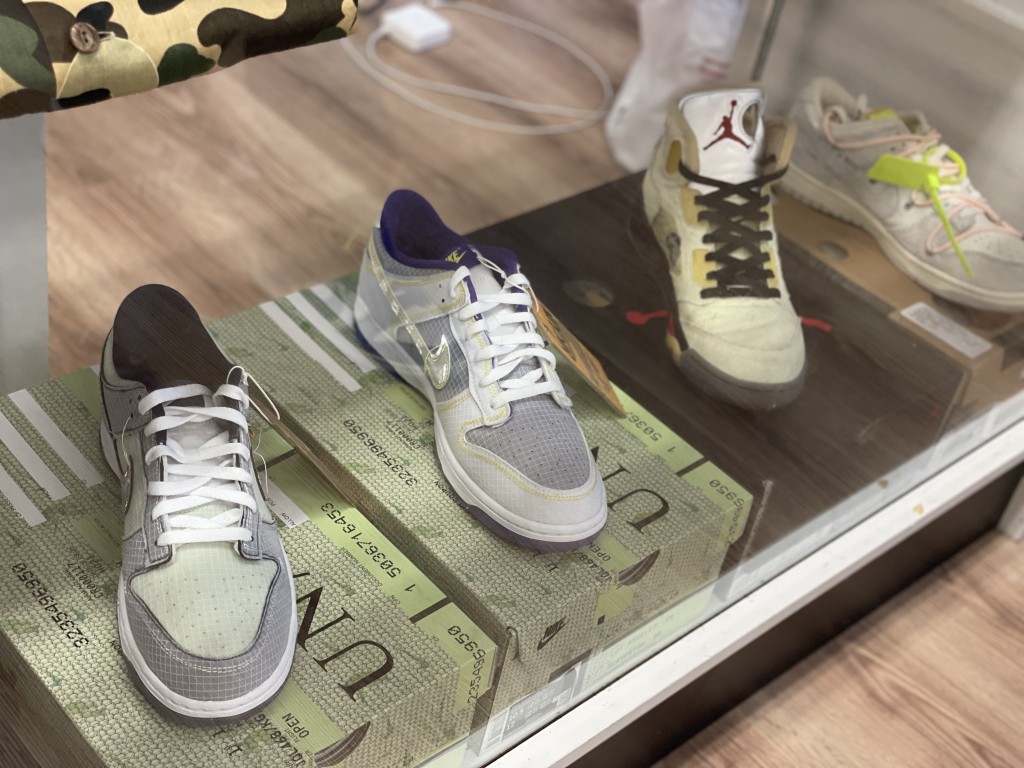 The shop carries a host of in-demand retro sneakers, some of which go for upwards of $600. (Photo by Eliza Tebo)

Gamarra says he has more Euphoria events in the works for next year, including a summer pop-up at the Dulles Expo Center. For the business owner, each new step in his career has been about “leveling up.”

“Being an entrepreneur is a very risky thing. And also scary for some people coming off of high school,” he says. “I want to open people’s eyes up and obviously show them you don’t have to be afraid; it’s just a matter of you taking initiative and actually going out to these events and networking yourself with the right people.”

The People’s Place is located at 3179 Wilson Boulevard in Arlington. Its hours are noon-6 p.m. Sunday-Monday, noon-7 p.m. Tuesday-Thursday and noon-8 p.m. Friday-Saturday. 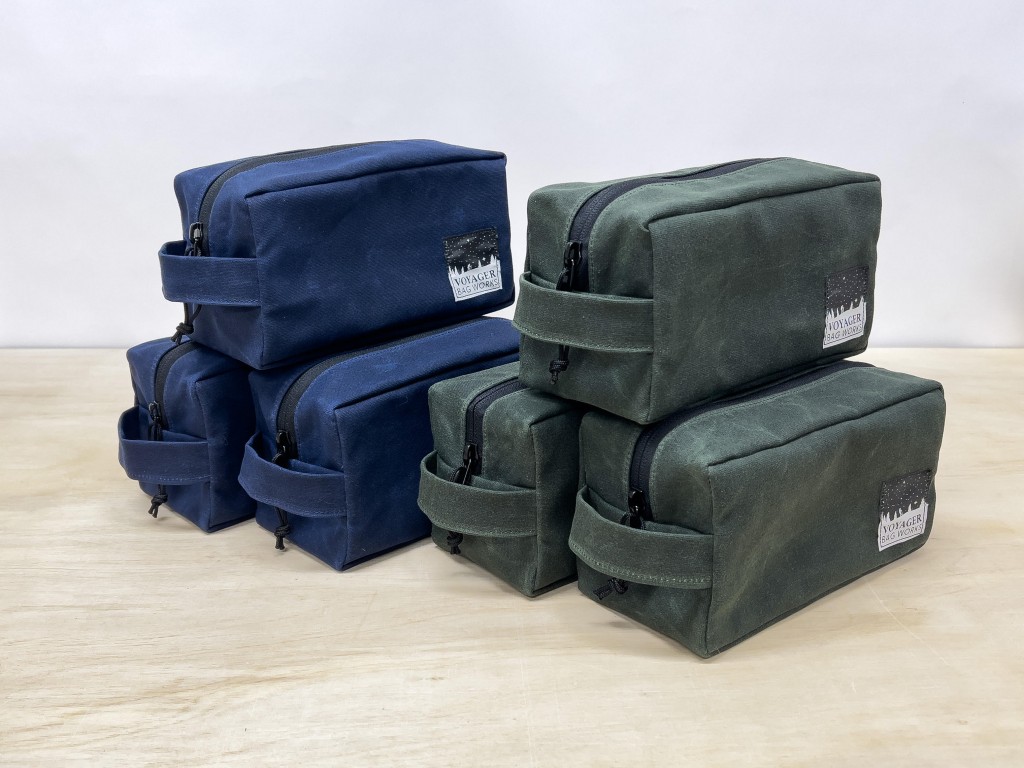 Made in Arlington: Voyager Bag Works 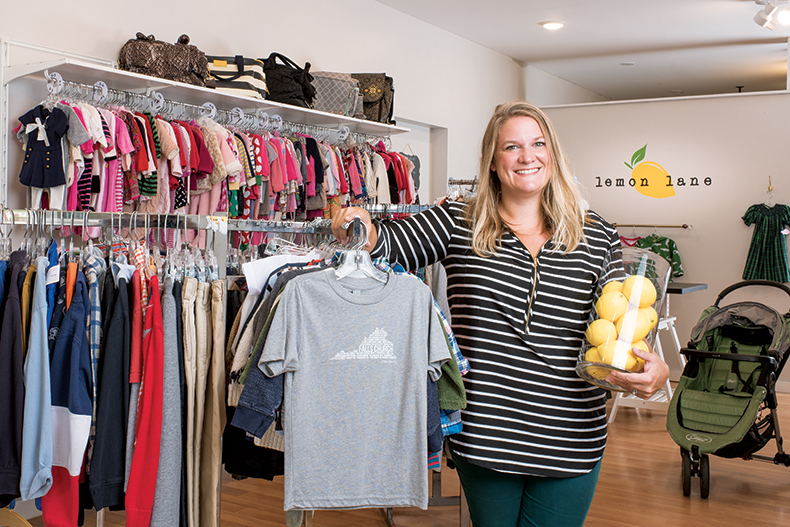 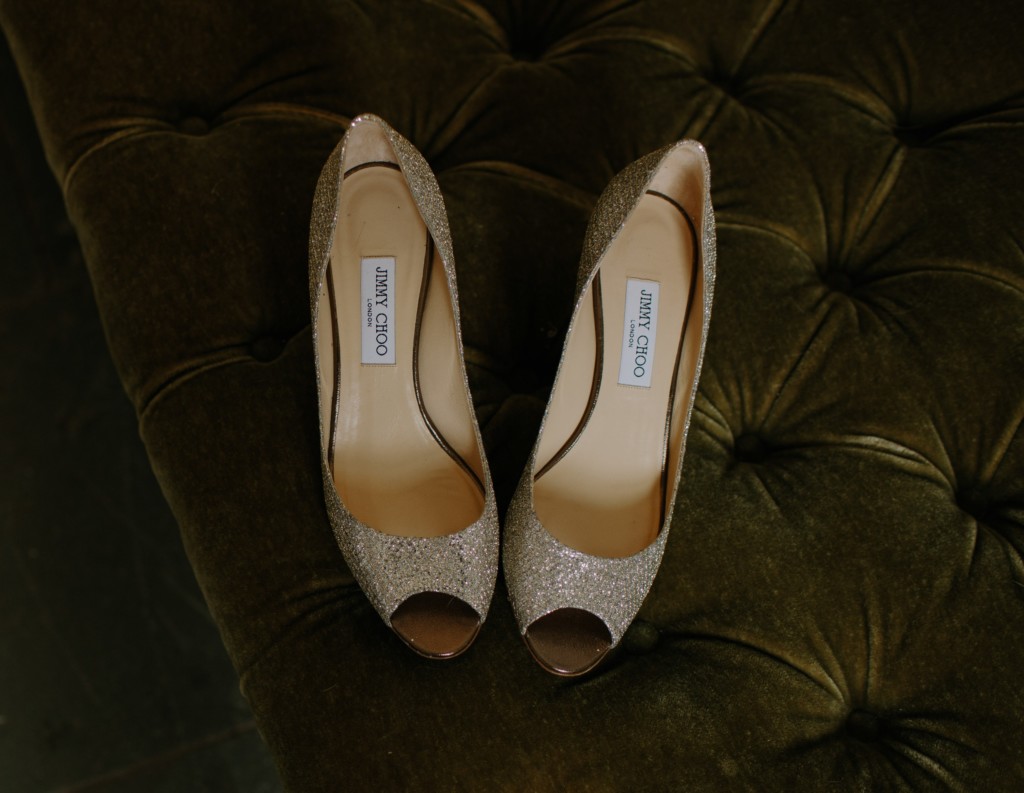