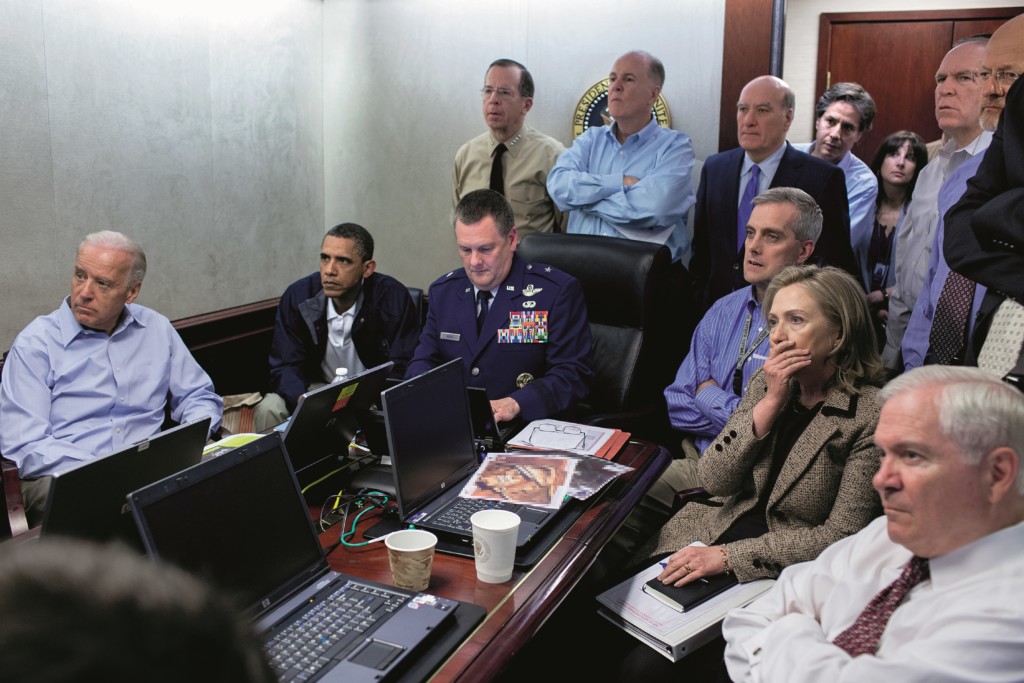 It’s arguably one of the most famous photos of Barack Obama’s presidency—the one that captures the palpable tension among senior administration officials as the mission to take out Osama Bin Laden unfolded in May of 2011.

The man who took the photo isn’t necessarily someone you’d recognize on the street, but you may know him by name. Pete Souza was the official White House photographer during the Obama years, and that wasn’t his first ticket to the Oval Office. A Pulitzer-winning photojournalist for the Chicago Sun-Times and Chicago Tribune, he also served as White House photographer for President Ronald Reagan.

Now 64, the longtime Arlington resident is the author of two books that quickly shot to #1 on The New York Times bestseller list—Obama: An Intimate Portrait and Shade: A Tale of Two Presidents.

An Instagram sensation, he’s also one of Donald Trump’s most nuanced and revered online trolls, posting past images of Obama as a form of commentary on the current events of the day (think State of the Union address, Black History Month, professional sports championships, Parkland students).

Souza has lived in Fairlington for nearly 30 years, loving his hometown’s accessibility to D.C., the parks and the community centers. He sat down with Arlington Magazine at Busboys and Poets in Shirlington for an hourlong conversation.

This interview was edited for clarity and brevity.

You began your career as a photojournalist for Chicago newspapers. What’s different about covering politics vs. general assignment news?

If you are covering sports or general assignments, there’s a lot of stuff going on and you are trying to find a picture within that chaos. With a politician, it’s one person in a setting—one main subject interacting with other people. If you go to a football game, you’re not just shooting the quarterback. You are following everything that unfolds. If you are covering a governor or mayor, you’re photographing them and how other people are reacting.

You were White House photographer for both Reagan and Obama. How did they differ as subjects?

One huge thing was the age difference of 30 years. Reagan was much more formal, old fashioned. Obama was informal, with a young family. [Obama] certainly understood the White House photographer’s role in documenting the presidency for history’s sake. It’s not that Reagan didn’t want that, but I’m not sure he really understood the importance of having a photographic record.

Describe a memorable moment from the Reagan years.

I always felt that access wasn’t a fight, but not a given with Reagan. I often had to convince people in the administration to make sure I was always there, even when bad things happened. In [1986], the Challenger blew up and I was with the president. We went back into his dining room with a little black-and-white TV. I got a picture of him with six or seven aides watching the replay. It’s a really somber photo. His administration didn’t want to make that picture public. To me, it humanized him. But it was a different era. They were being much more careful. 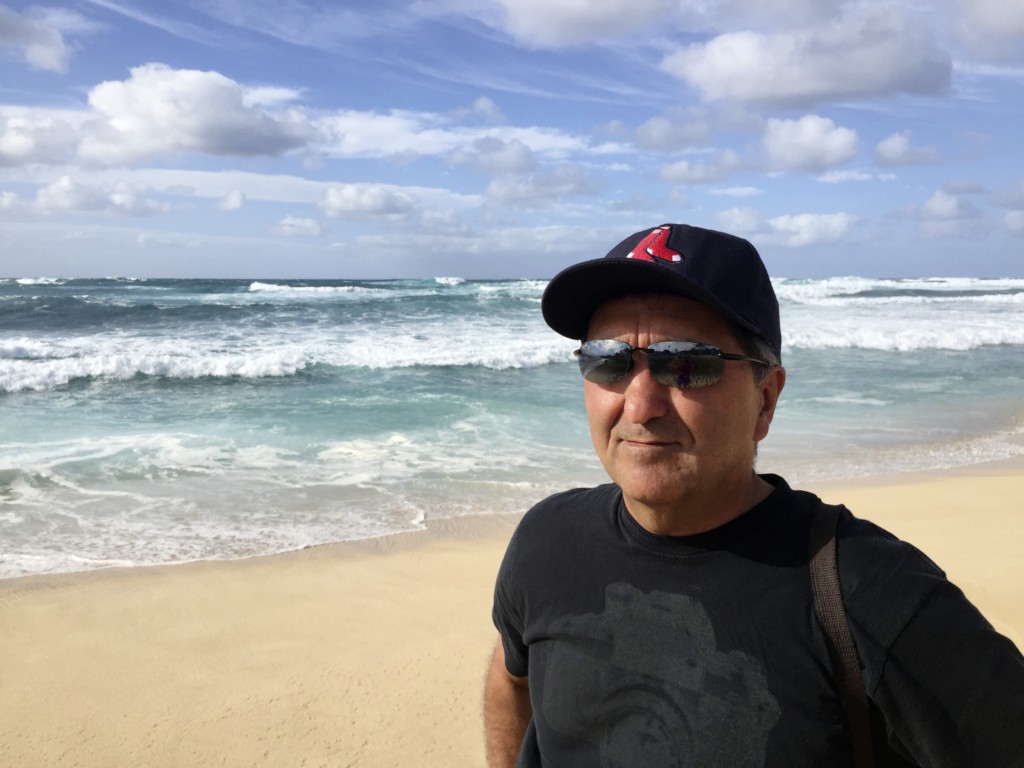 Before he ascended to the Oval Office, you covered Obama as a senator and on the campaign trial. Did those earlier portraits give any hint to his future path?

He always had a commanding presence. I knew the U.S. Senate would not be his highest office, and I always wanted to make sure I captured those moments. I’ve got this image of him in Red Square in Moscow in 2005. There are hundreds of people [all around], but not a single person recognized him. I knew if he became president, then we would never see a picture like that ever again.

How did you get the job in the Obama White House?

I knew him and his staff well from my time covering him as a candidate and senator. A week after the 2008 election, I emailed [then press secretary] Robert Gibbs one line: “I’m interested.” What people don’t realize was that Robert was so much more than a press secretary. He was [Obama’s] close friend and adviser. A few weeks after my email, Gibbs called me about the job. I remember my first day in January 2008. I was at this press conference during which the president-elect was going to announce the nomination of a senior official. I was standing there and the nominee was standing next to me. Obama comes to us and gives me a hug. I thought that was pretty funny and rewarding.

What was the biggest challenge photographing Obama as president?

He was independent. He would sometimes leave the Oval Office to go find someone he wanted to talk to, like the chief of staff, or walk upstairs to see [senior adviser] Valerie [Jarrett]. The one thing I learned was never to go to my office [in the White House] during the day. If I wasn’t in the Oval Office or sitting right outside, I’d miss things. At times, it was like watching paint dry. Stuff isn’t going on every second of every day, but things happened that weren’t on the schedule. There was a lot of impromptu-ness. 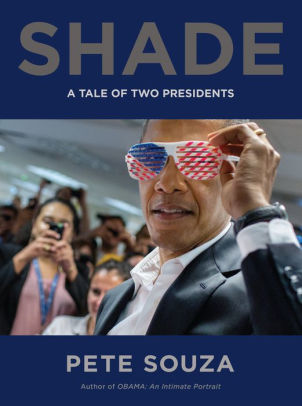 Your newest book, Shade: A Tale of Two Presidents, is essentially an outgrowth of your Instagram feed, which you have used to draw sharp pictorial contrasts between the last president you covered and the one currently in the White House. Why did you feel compelled to make this book?

Yeah, it started on Instagram, basically as a forum. [His feed has 2.1 million followers and counting.] But the book allowed me to show the contrast directly. We’ve become so numb to Trump’s antics. This was a way to say that this is not normal. It really isn’t a partisan thing. If Mitt Romney, John McCain, Jeb Bush, or really anyone else had become president, I wouldn’t have done this. Whether I agree or disagree with their policies, they would have all respected other humans and the office of the presidency. I don’t think that way about the current president.

If you were asked to be the White House photographer again, would you do it?

No. That job wore me out. I’m not a young guy. There’s only one person who may be running that I’d consider. I love Joe Biden, but if he became president and called me up, it would be a really awkward conversation because I don’t want to do it. I just don’t have the energy.

What are your greatest assets as a photographer?

I have a knack for conveying the mood and emotion of what’s taking place. I don’t get totally flustered by being in tense or historic situations. I think that comes from experience. I’ve been in a lot of different situations in my career. [Case in point: He was one of the first journalists to enter Kabul, Afghanistan after Sept. 11, 2001, having crossed the Hindu Kush mountains on horseback in heavy snow.]

What advice or tips would give to the next White House photographer?

You don’t have to be friends with the president, but he or she has to trust you to let you be there when things are happening. A writer can talk to other people about what it was like to be in that moment. A photographer can’t do that. They have to be there. A big part of earning that trust is having a small footprint. That’s using a quiet camera, no flash, avoiding a loud motor drive and moving around in a respectable way. Just being a part of the scenery. It’s really just intuitive.

One of your most famous images is the one in the Situation Room during the military mission to kill Osama Bin Laden. What was it like to be in that room?

It was my job…to capture those moments. You’ve got the most important people in the executive branch in this room, all at the same time. And there’s nothing they can do to affect the outcome of what’s taking place. They’ve made their decision already and it’s now up to the people on the ground. They were powerless. I took a lot of photos over the 40 minutes they were in there, and they were all very similar. But for 40 minutes, it was like that—tension.

Do you have a favorite image?

For me, it’s always been about creating the best body of work. It’s a constant churn and every day is a new challenge. I worry about capturing a good picture today. I’ll let others weigh in on what’s my best.