These cool kitchen makeovers will inspire you to get cookin'. 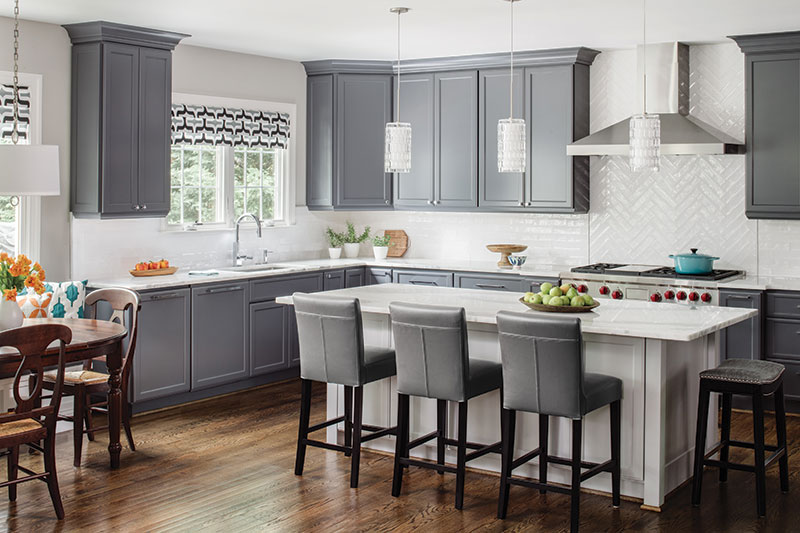 The backsplash design shifts from brick style to a herringbone pattern around the stainless-steel hood. The range is by Wolf. The island features an “Everest White” quartzite countertop and Crate & Barrel leather bar chairs. Pendant lights by Tech Lighting. Photo by Robert Radifera.

Helena Peck recalls being struck by the spatial inefficiency of Kristyn and John Socknat’s Waycroft-Woodlawn kitchen. “At one end, there was a corner window facing the neighbor’s house,” says the Arlington-based interior designer. “At the other, a narrow peninsula that cut off circulation” between the kitchen and its adjoining rooms. The home had been built in 2002 with builder-grade specs and not much thought about traffic flow. 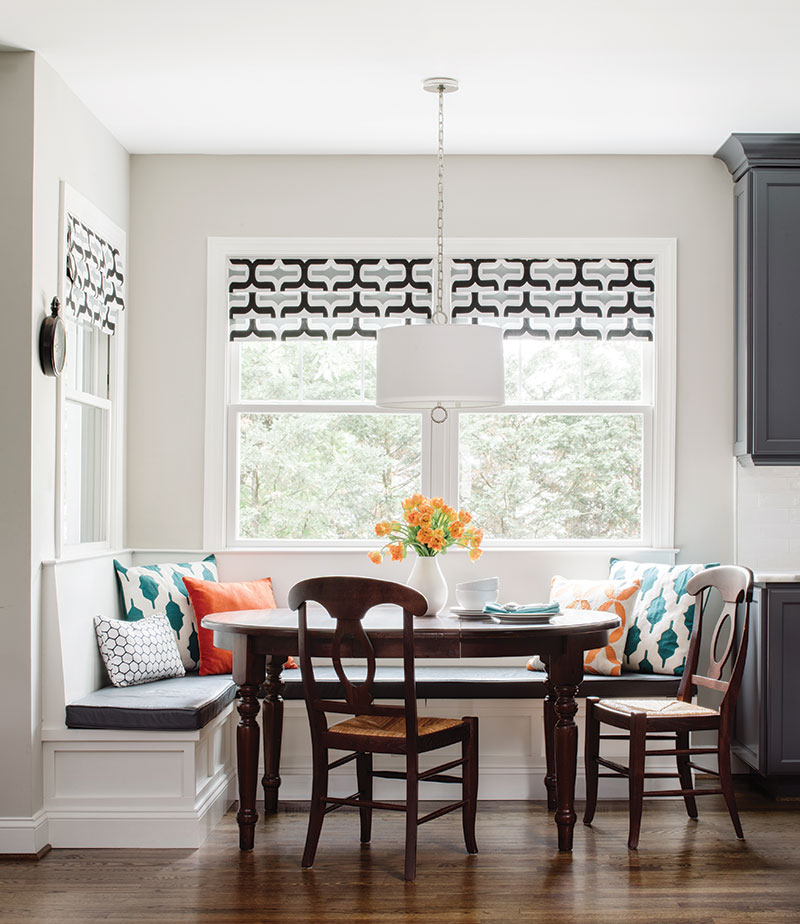 A custom banquette contains storage underneath. The walls are painted in Benjamin Moore’s “Revere Pewter.” Photo by Robert Radifera.

Now it was 2016, and Peck was the third leg of a team that also included architect Max Torres and Jacoby Contracting. Together, they settled on a couple of key moves: Replace that awkward corner window with a larger window oriented to capture pretty backyard views; and trade the peninsula countertop for a freestanding island. Achieving the latter required extending the kitchen’s rear wall to gain an additional 55 square feet of breathing room.

Per the owners’ request for a neutral palette, Peck specified wall cabinets in a dark gray (Crystal Cabinets’ “Gravel”) and the island base in a paler gray (“Outcast”). To keep the effect from being too subdued, she added window treatments in a complementary, fun pattern.

The home’s overall architecture is traditional, and the new kitchen maintains that aesthetic with upper-cabinet crown moldings that extend to the ceiling and a glazed ceramic-tile backsplash. But it also has transitional touches like polished chrome hardware and contemporary light fixtures.