A New Way to Love Indian Food: Fast-Casual at RASA 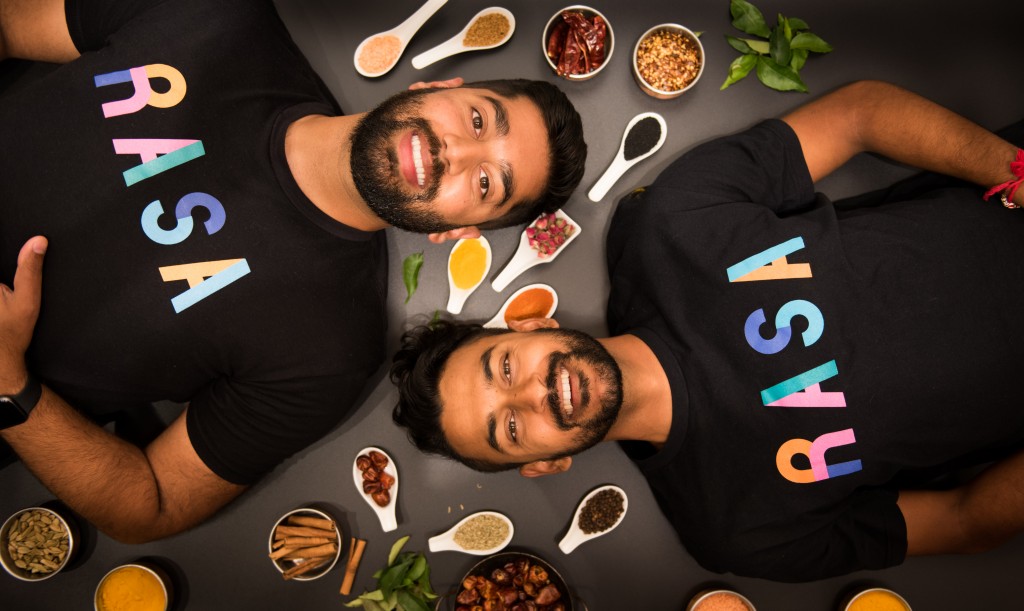 It is said that entering the restaurant business is so challenging, it has to be in your blood. If that’s true, lifelong besties Sahil Rahman and Rahul Vinod, who opened a third location of their Indian fast-casual concept, RASA, in National Landing in July, have an advantage. Their fathers, Surfy Rahman and chef K.N. Vinod, who own Bombay Bistro in Rockville and Indique in D.C., have been running restaurants for 30 years.

Growing up blocks away from each other, the younger Rahman and Vinod both earned business degrees from the University of Maryland and entered the corporate world in banking and consulting, only to eschew that path and pursue a dream that began in high school—to introduce Indian cuisine in an accessible way to unfamiliar diners. With their fathers as mentors, the young entrepreneurs opened their first RASA in 2017. (The name is a triple play on words: It means taste or essence in Sanskrit; references the nine rasas, or emotions, in literature and dramatic arts; and combines the first two letters of each of their names, RAhul and SAhil.)

RASA follows a familiar fast-casual model. Order a combination bowl or customize your own by choosing a base (such as basmati rice, spinach or rice noodles); a main (say, chicken tikka, turmeric-ginger shrimp or mixed vegetables); a sauce (tamarind chili or peanut sesame); a vegetable selection (try charred eggplant or chickpeas); and four toppings, among them masala beets, carrot slaw, lentil chips and pickled radishes.

The menu also features snacks like mini samosas and chutneys with chips. Don’t pass up the vegan soft serve for dessert—especially if the flavors du jour include mango or masala chai. From the cocktail list, try a cardamom mint julep or a masala gin and tonic.

The colorful, modern, 1,550-square-foot space seats 24 inside (including two hanging chairs) and 10 outside, with retractable glass garage doors that open fully in nice weather. Designed, in part, by Rahman’s aunt Nandita Madan, the walls are dotted with works by various South Indian authors and artists, and trinkets from the owners’ travels.

“We mean to pay homage to our Indian culture,” Rahman says, “and add whimsy and joy.”