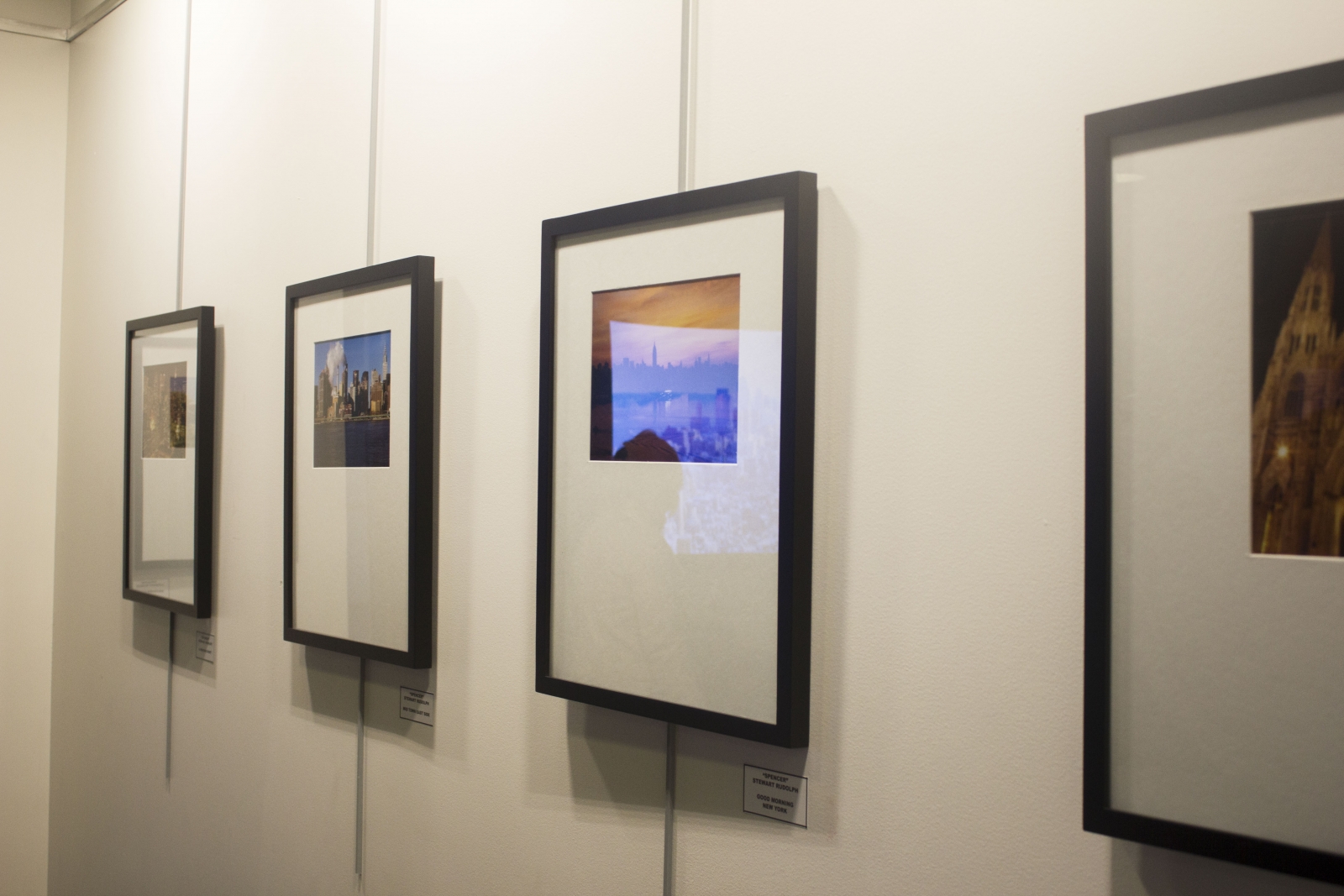 Photographer Stewart “Spencer” Rudolph with a gallery event at The Art Institute of Washington’s On October 5, Photographs of New York City celebrated the work of the New York based photographer at the gallery in Arlington, Virginia. Over 40 people attended the two hour event – which included some community leaders, staff, faculty and students.

The Photographs of New York City exhibit displays the beauty and culture of New York City post 9/11 terror attack. Mr. Rudolph spent a year traveling the grounds of the “Big Apple” capturing the essence of what NYC is known for. Clear skies, tall building, and a ray of sunshine is what is depicted in many of his images. For the first time, Mr. Rudolph has the chance to show his work to the public.

Photographs of New York City will be on display at The Art Institute of Washington until October 24.