A meal at this Japanese steakhouse in Clarendon is a theatrical experience. 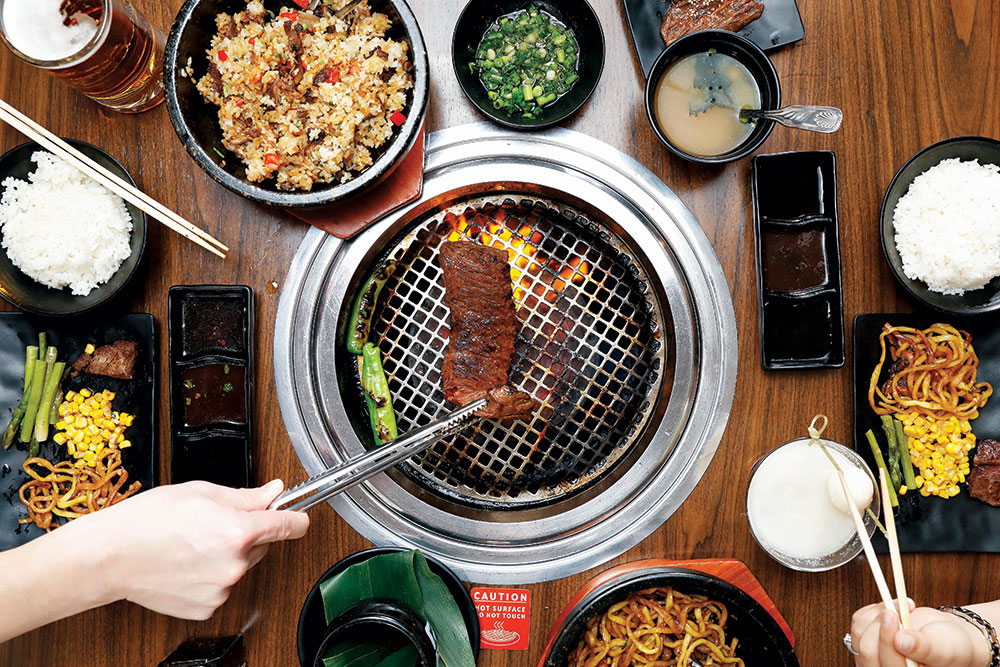 The sweet aroma of sizzling beef dances in the air, coupled with the vague smell of burning sugar. OneRepublic’s “Stop and Stare” is playing, but it’s momentarily drowned out as the hostess who is escorting me to my table bellows in Japanese, “THE GUEST IS BEING SEATED!” The cooks and servers respond, enthusiastically and loudly, “WELCOME!” (O-kyaku-sama-no Go-anai-desu and Ira-shai-ma-se is what my server writes down when I ask him how to pronounce the words.)

Gyu-Kaku is part of a Japanese chain of 745 outlets worldwide, including more than 50 in the U.S., the first of which debuted in Los Angeles in 2001. Its Clarendon location, which opened in July, is the first in the DMV. Co-owners Kijun Sung and David Chung—nightlife entrepreneurs known for D.C. clubs such as Saint Yves and the now shuttered Chinese Disco and Capitale, among others—say they plan to open more in the area. Pierre Lee is a third co-owner.

In the dining room, a stylized mural of a cow, its sundry cuts labeled in hand-lettering, signals that the star attraction here is beef—specifically, marinated beef that is cooked on wire-grated grills set into each table. Unlike the overhead vent hoods you find at Korean barbecue restaurants, the grills have a downdraft system that sucks the smoke downward and channels it outside. (Meaning you may get away with simply airing out your clothes afterward, instead of sending them to the dry cleaner.) 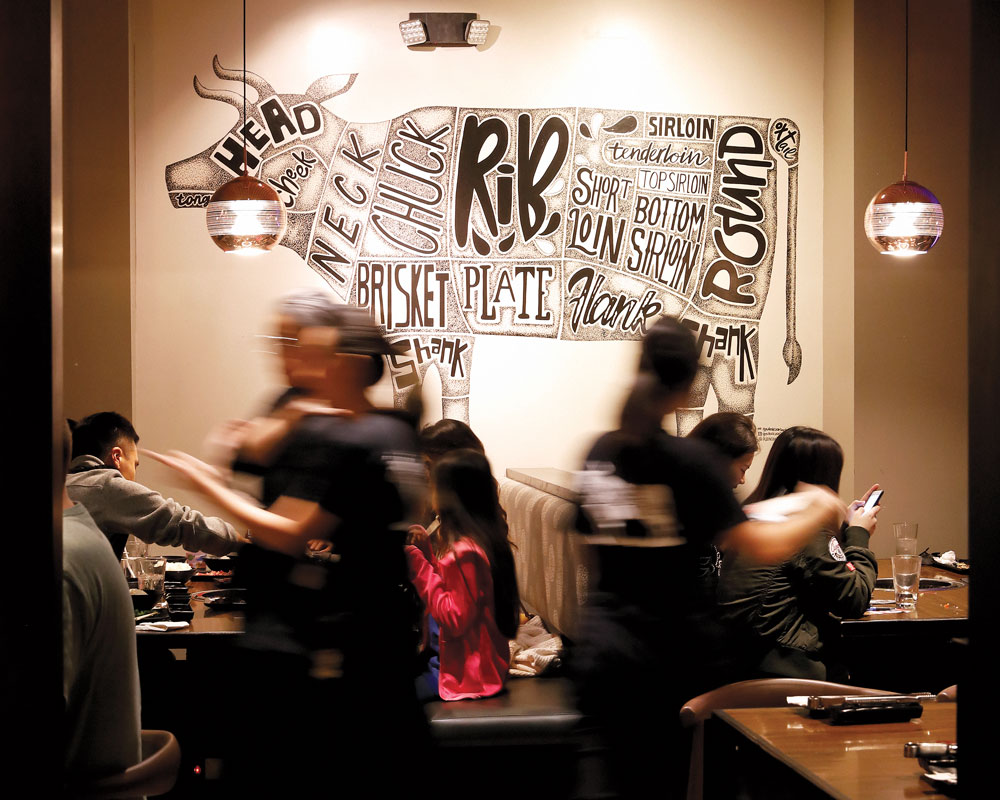 Another notable difference between Korean barbecue and the Japanese version (yakiniku, which translates as “grilled meat”) is portion size. The protein portions here are tastings of only about 3½ ounces, so the menu suggests two or three selections per person. Keep that in mind if you are also having appetizers, soup, salad, noodles and dessert. The better option is to order one of the fixed-price dinners for two, four or six people. Each includes an excellent sampling of all those things.