Skip the omakase tasting menu. Here's what you should order. 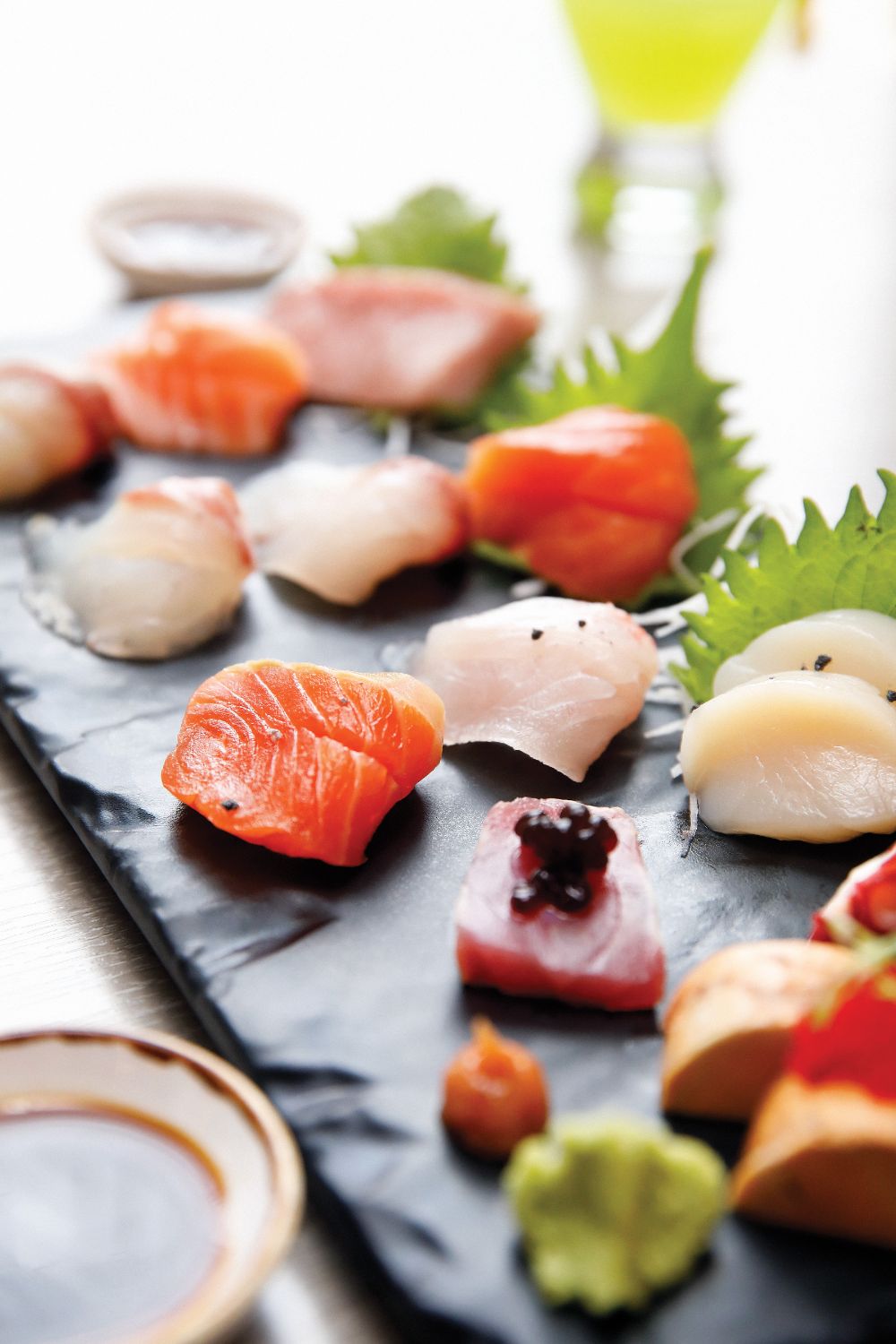 Chilling out to the trancey vibe of Thievery Corporation’s “Samba Tranquille” while grazing on tuna tartare and sipping gin on the rocks is a fine way to ease into an evening at Yume Sushi, which chef and co-owner Saran “Peter” Kannasute opened in East Falls Church in late December.

The tartare—barely seared cubes of tuna tossed with avocado, soy sauce and garlic-laced ponzu—is a good rendition of that dish, made great by the Japanese wasabi-seaweed crackers that accompany it. The Roku gin is Japanese, too. Yume means “dream” in Japanese, and if I go on first impressions, this might be a heavenly experience.

A seat at the sushi counter offers a close-up view of the stunning mural by D.C. artist Nicolette Capuano that serves as the restaurant’s backdrop. Titled “Grit and Grace,” it depicts white origami birds and streaks of graffiti circling the haunting face of a geisha with cherry-red lips. She’s glancing down with an over-the-shoulder look that’s part allure and part side-eye. Moody lighting underneath the bar is the same color as her lips, while the rest of the space has a minimalist palette—black pendant lamps; blond wood; white leather barstools and white molded-plastic bucket chairs.

The 13-seat sushi bar is also a prime spot for spectators. There, you can watch Kannasute in action as he prepares a seven-course omakase (chef’s choice) meal for four diners at the end of the counter. There are two omakase seatings nightly. 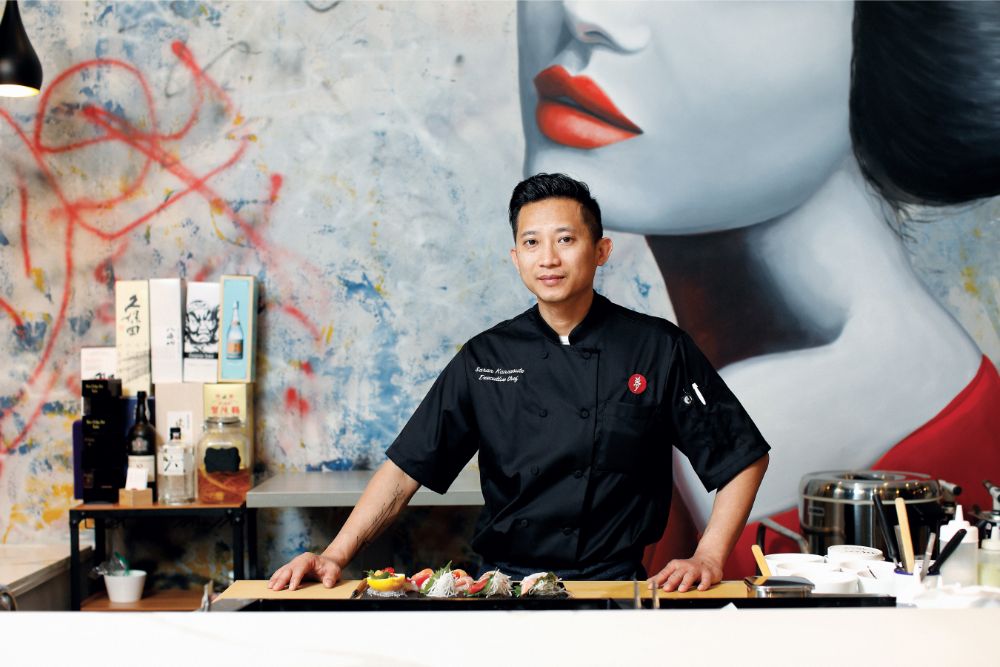 Kannasute grew up in Bangkok, where his parents were in the restaurant business. Setting a goal to one day open his own restaurant, he came to the United States at 19 and landed in Florida, learning about sushi while working for RA Sushi, a chain owned by Benihana. Now, at 39, his résumé also includes stints at Sushi Rock in
Arlington and as the opening chef at the
Sushi Bar in Del Ray.

At Yume, Kannasute’s menu begins with a list of some 20 tastes and starters. A simple salad of pickled cucumbers sprinkled with sesame seeds is a lovely, crunchy snack that preps the taste buds. So does a clear bowl of avocado salad, lightly coated with miso dressing and topped with bright orange roe and a tangle of glass noodles.