Skip the omakase tasting menu. Here's what you should order.

Moving on to the main attraction—raw seafood—one begins to notice themes. Kannasute likes to roll pieces of fish, often sliced too thick, into rosettes. He is partial to dotting his creations with truffle oil and caviarlike pearls of balsamic vinegar. His palate errs on the side of sweetness, and he tends to recycle the same sauces. His garlic-ponzu and spicy yuzu sauces make frequent appearances. The presentations are pretty, but after a while there’s a sameness to the flavors. A rosette of lavender-smoked salmon proves too big and too oily to down gracefully, and it certainly doesn’t need both jalapeño and garlic-ponzu sauce. Another rosette—this time yellowtail tuna—also suffers from size issues, especially when you include its ring of raw jalapeño.

A concoction called The Winner (it earned Kannasute an award in 2006) finds a tower of rice, foie gras and eel, topped with a rosette of seared tuna and caviar. It’s as much of an unwieldy mishmash as it sounds.

The same issues afflict the two signature rolls I tried—the Yu-Me roll (spicy tuna, avocado, seared tuna) and the creamy raw scallop roll with spicy tuna and asparagus. Both are exercises in overkill, with conglomerations of sauces that mask the freshness of the fish.

If cream cheese, flavored mayonnaises and sweet eel sauce are your thing, have at it. Otherwise, turn to the sashimi and nigiri options, which are available either à la carte or as platters.

A colorful array of sashimi on an elegant slate delivers the restraint I yearn for. The offerings include buttery slices of fatty tuna and salmon belly; Kona kampachi (Hawaiian amberjack); monkfish paté topped with salmon roe; a quail egg shooter; hiramasa (yellowtail amberjack); madai (red sea bream) with Japanese plum; kinmedai (golden eye snapper); seared tuna; poached octopus; lavender-smoked salmon; and two kinds of uni (sea urchin roe) nestled in a lemon cup. Through a local distributor, the restaurant gets much of its fish from Japan. 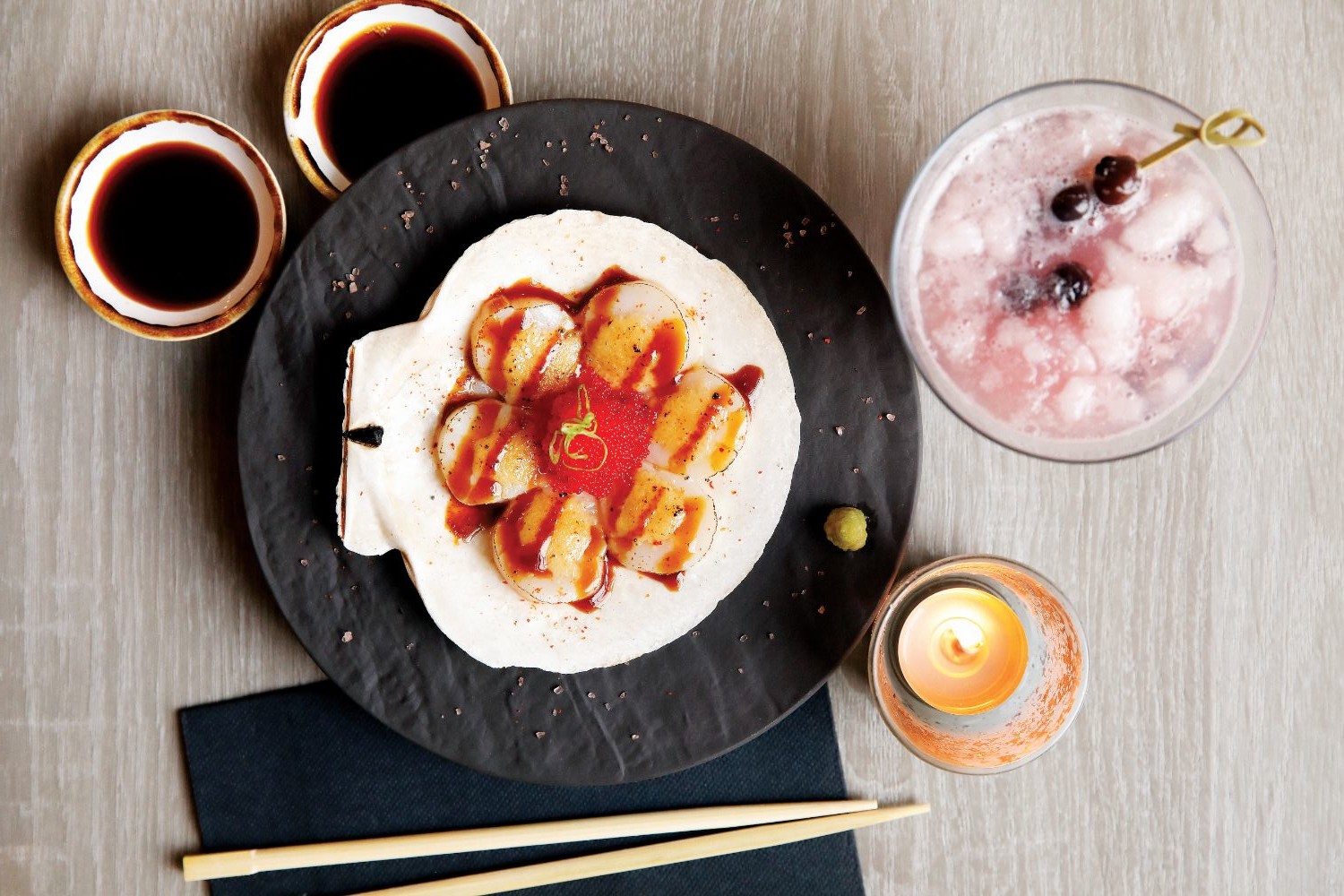 That Kannasute is engaging and amiable is a selling point for the omakase experience, but I found myself wishing the seven courses included more pristine pieces of sashimi and nigiri instead of everything coming with sauces, drizzles and gimmicky garnishes. If only those shimmering slices of yellowtail had been minimally dressed with vinegar and then left alone, sans the addition of wasabi truffle oil, chili paste and balsamic pearls.

The chef’s artfully torched slices of raw, vaguely sweet Hokkaido scallops taste as if they have just been plucked from the sea. They aren’t hurt by the addition of miso garlic, white-truffle-oil-sake sauce, red tobiko and pepper powder, but why not remove four of those things and approach nirvana? 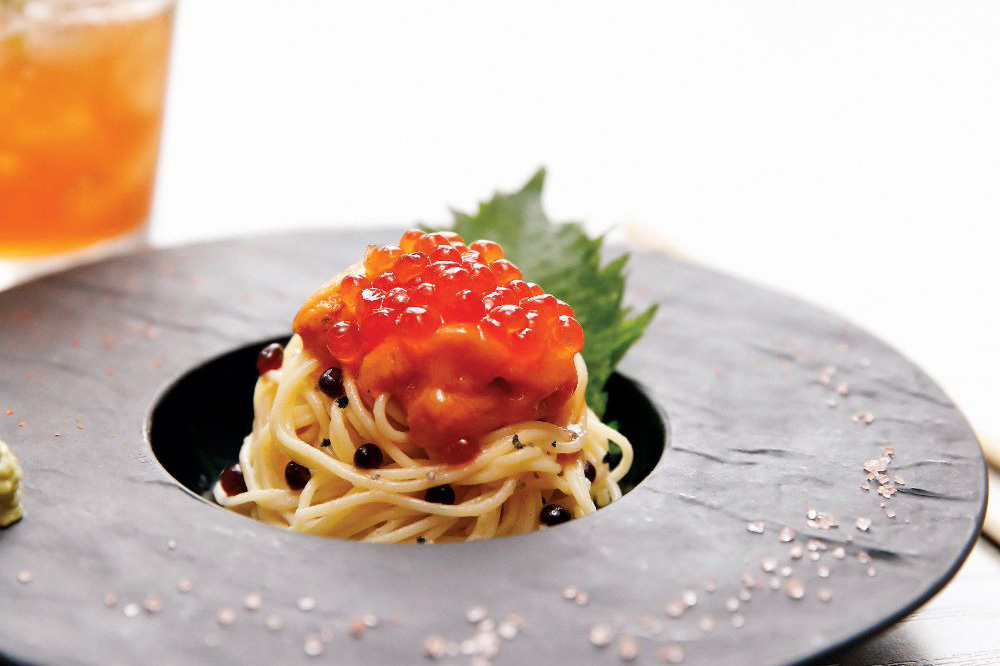 I don’t mind a course of angel hair pasta topped with uni and garlic miso. The plate that comes next—seared slices of duck breast in black pepper sauce with Japanese garlic, sesame vinegar and foie gras—is certainly tasty but almost too rich. The ice cream sandwich that arrives for dessert, a choice of green-tea or ginger ice cream between two cakey sweet buns, is light by comparison.

If you order discerningly at Yume—meaning sashimi or nigiri—the place can be the stuff of sushi dreams. Veer from that advice and you’re in for a bumpy night.