Enjoy the ‘High Life’ At These Rooftop Bars

Savor views of Arlington and beyond as you sip on specialty cocktails at these local spots. 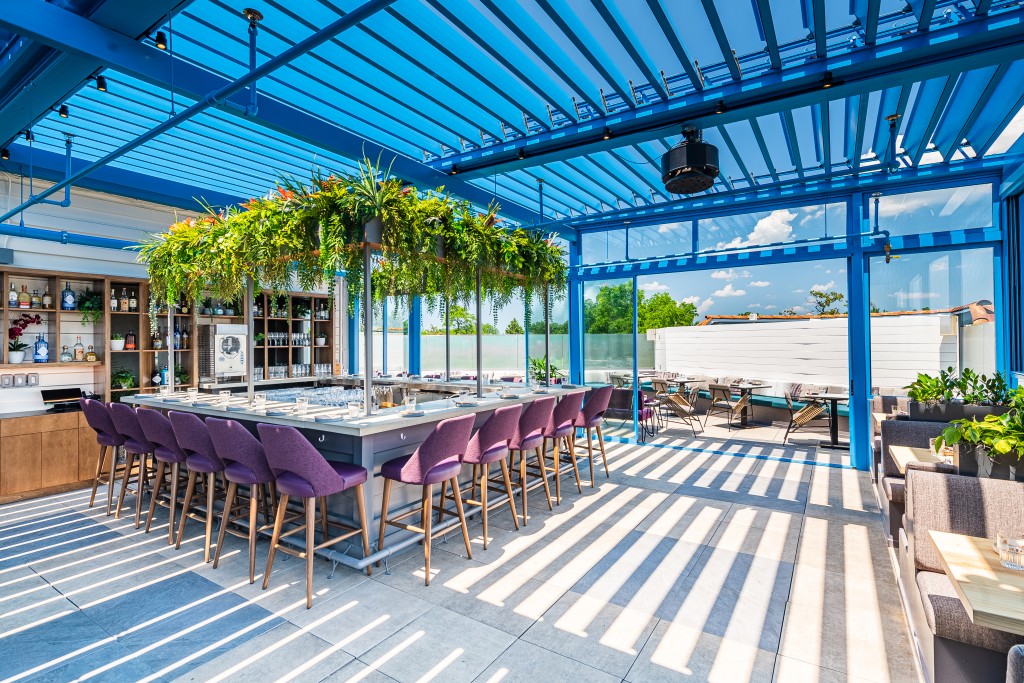 The breeze. The view. The cocktails. Nothing quite beats a rooftop bar on a warm day, and Arlington has no shortage of spots to check out. Here are some of the area’s best:

Snag a view of the Courthouse skyline at this nearly 12-year-old haunt that doles out frosé, key lime crushes, Topo Chico hard seltzer and a dozen beers on draft. While you’re sipping, consider nibbling on an onion blossom, served with chipotle mayo, or carnitas tacos with shredded pork. // 2424 Wilson Blvd., Arlington (Courthouse)

The newly opened bar atop Buena Vida (which returned to its original name and reworked its concept earlier this year) is a lush affair; as patrons approach the entrance, they are immersed in a greenery-filled world meant to mimic the jungle of Tulum, Mexico. On the drink menu, find rosemary margs, negronis, sangria and Serbian wines, among a host of other imports. (Serbia native Ivan Iricanin owns both Buena Vida and Balkan eatery Ambar across the street.) // 2900 Wilson Blvd., #103, Arlington (Clarendon)

Where once stood a well-known rooftop tiki bar will soon be the latest watering hole to grace Wilson Boulevard. Coco B’s, a concept expected later this summer, will share the former home of Whitlow’s with brother establishment B Live. // 2854 Wilson Blvd., Arlington (Clarendon)

This cozy spot in Falls Church City is charming in the winter but also boasts a bustling rooftop bar in back. There are plenty of hearty dishes on the food menu (including the ancient grain bowl with quinoa, spinach, chickpeas, hard-boiled egg and pesto). But also take time with the drink options: In addition to several local brews, the restaurant serves cheekily named specialty cocktails, such as Berry the Lede (strawberry-infused vodka, lemonade) and I Love Lucy (gin, basil, jalapeño, lime, citrus bitter). // 132 W. Broad St., Falls Church City 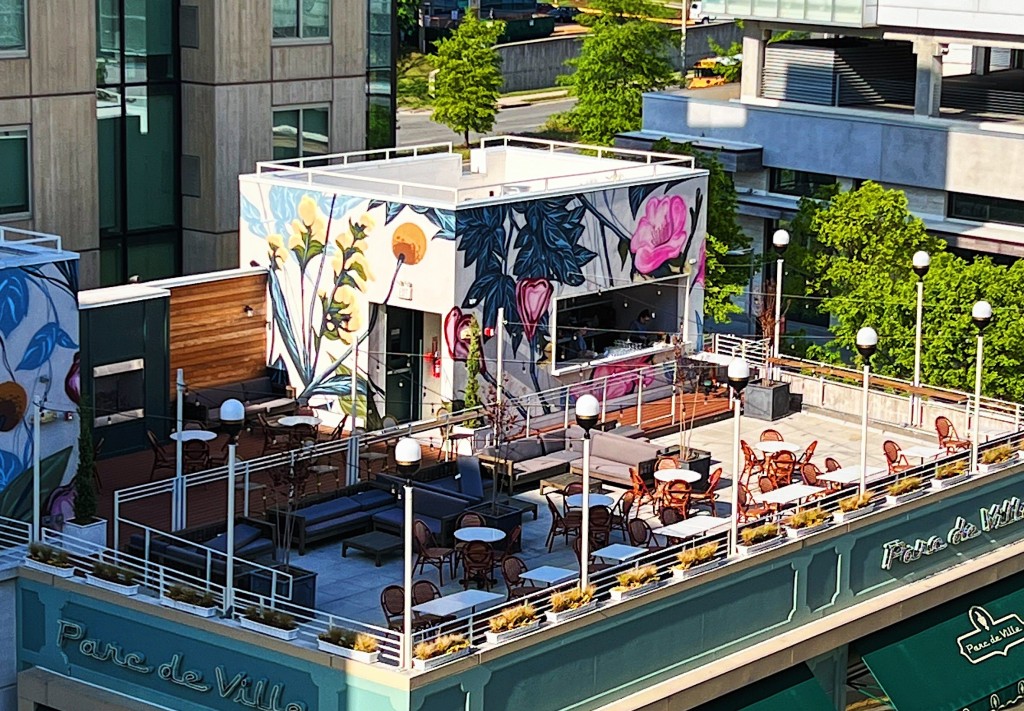 For more than seven years, this Clarendon destination for “tacos, tequila and beer” has entertained scores of patrons with its three floors of bars—including a 3,000-square-foot rooftop space. Pair your queso and elote with a variety of beverages, including the Mexican mule (tequila, ginger beer, lime bubbles, Angostura bitters) or a Jameson cold brew cocktail (Jameson cold brew, Irish cream, iced coffee). // 3165 Wilson Blvd., Arlington (Clarendon)

The spacious sky bar is just one of the draws at this Shirlington game-watching destination. Stop by for happy hour from 3-6 p.m. Monday-Friday to take advantage of $10 beer pitchers, pizza, burgers and wings. And find other specials every day of the week—including $5 sparkling wine bottles from 10 a.m.-4 p.m. on weekends. // 2766 S. Arlington Mill Drive, Arlington (Shirlington)

The rooftop at this brasserie is still young and fresh, a must-visit when popping by Mosaic District in the summer months. Snacks include prawn cocktail, smoked salmon rillettes and pâté de campagne (with pistachio, apricot, cornichons and grain mustard). And for a break from wine and beer, try a French martini or the Rose Garden (grapefruit and rose vodka, green tea, honey, lemon, absinthe, salt). // 8296 Glass Alley, Fairfax (Mosaic District) 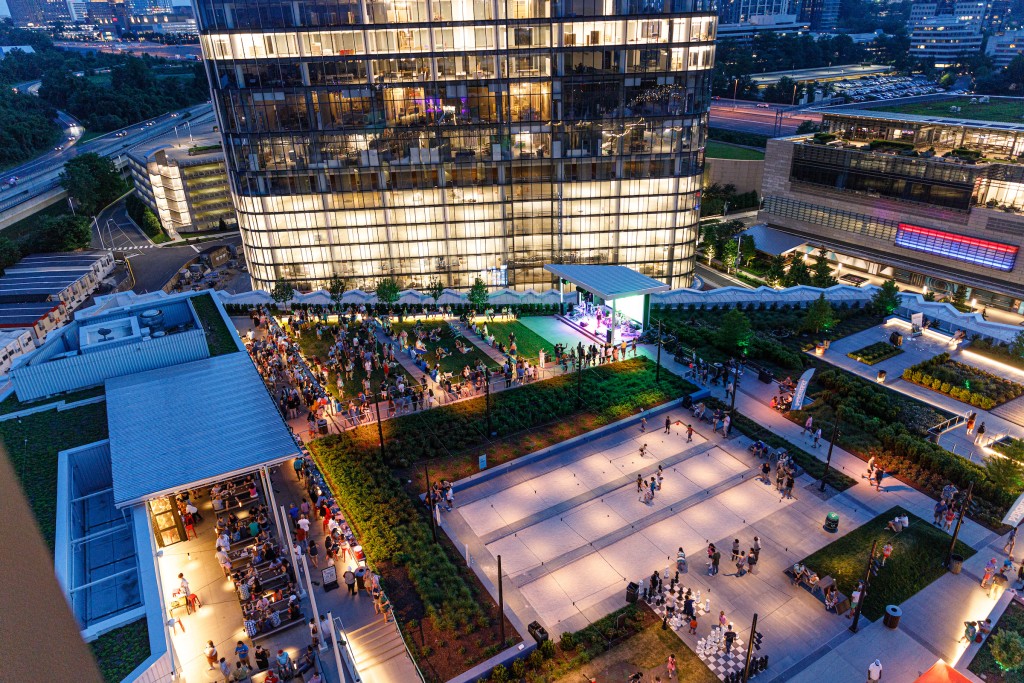 A night at The Perch in Tysons includes several entertainment options, such as life-size chess, putt putt and live music. (Photo courtesy of Capital One Hall)

The Rosslyn location of this upscale pasta depot opened a rooftop terrace in 2020, which is now open for private bookings. Here’s how to reserve the space for a future gathering. // 1100 Wilson Blvd., Arlington (Rosslyn)

Topping the new Capital One Hall complex at Tysons, the sprawling skypark known as The Perch opened last fall and boasts an ample bar with Starr Hill brews and hard seltzers. While you’re sipping, play some putt putt and life-size chess, or catch a concert from a local artist—there’s an amphitheater just beside the bar. // The Perch, 1805 Capital One Center Drive, Tysons

They’ve got brunch. They’ve got tool-inspired drink names. And they’ve got several spaces to relax, including an elevated outdoor bar. Give the Screw Him (vodka, lychee, hibiscus, lemon, champagne) or the Anvil (mezcal, grapefruit, lime, soda water) a try next time you pop in. And enjoy happy hour from 3-7 p.m. Monday-Friday. // 2915 Wilson Blvd., Arlington (Clarendon) 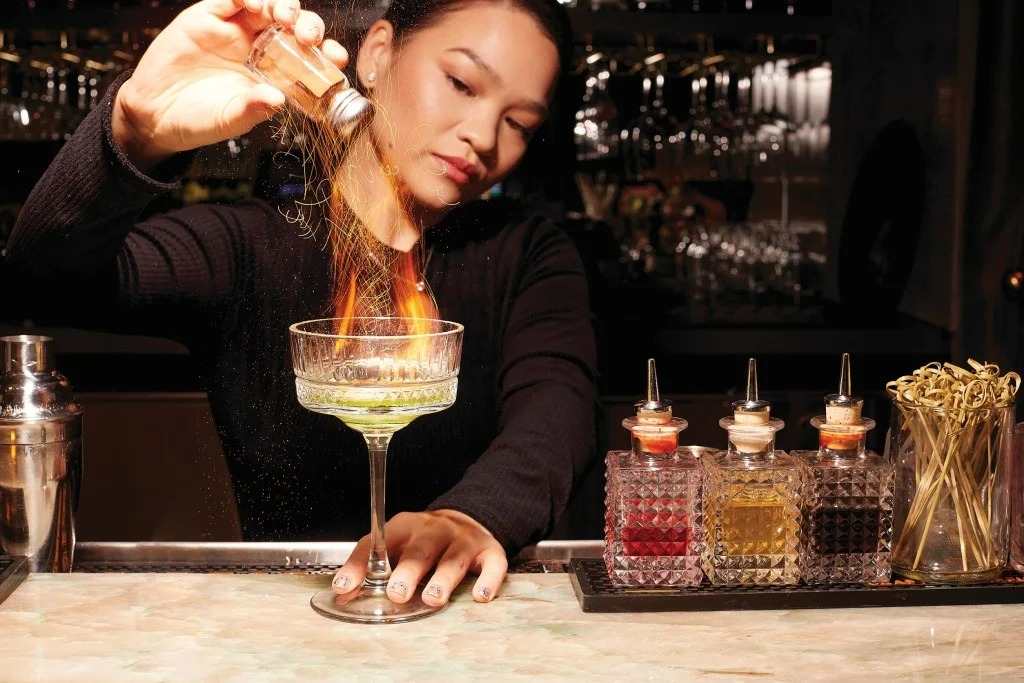 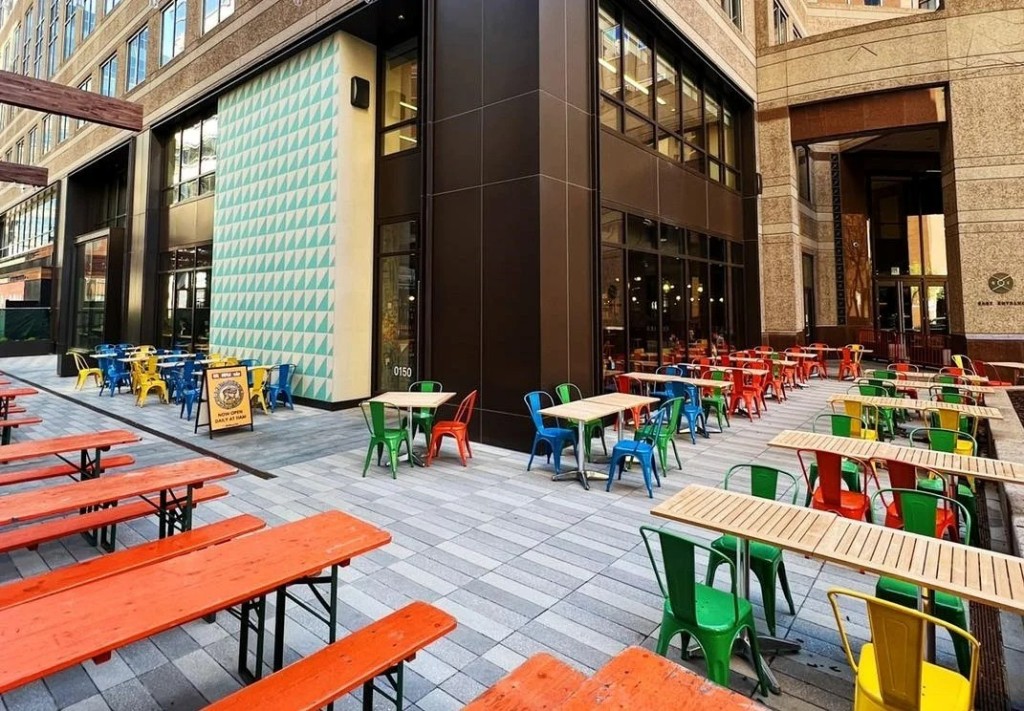 Hit These Outdoor Patios for Dining and Drinks 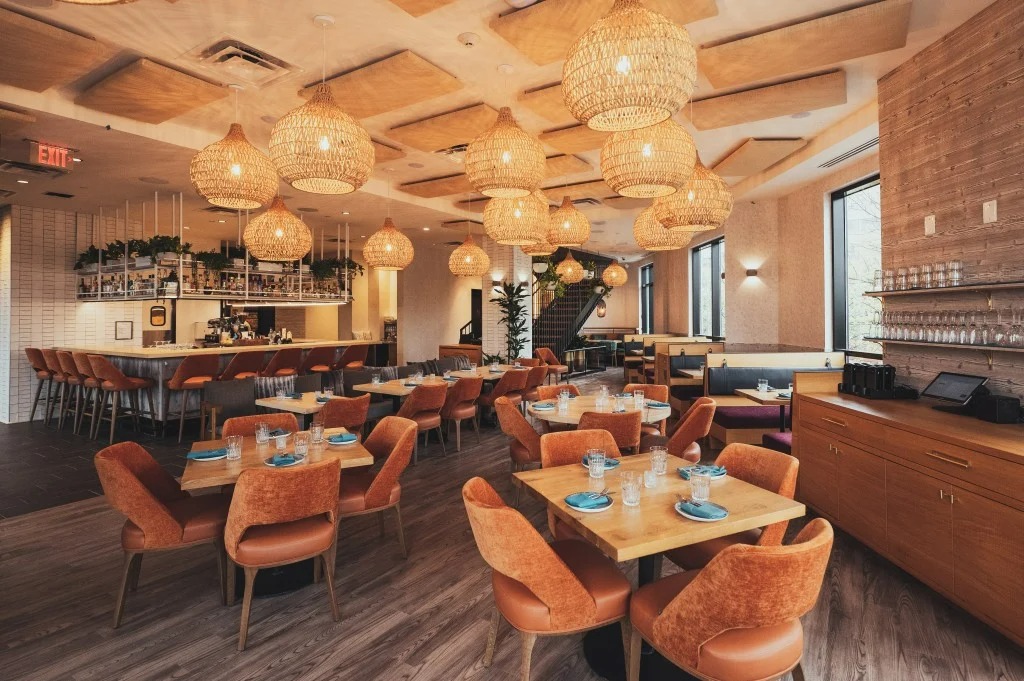