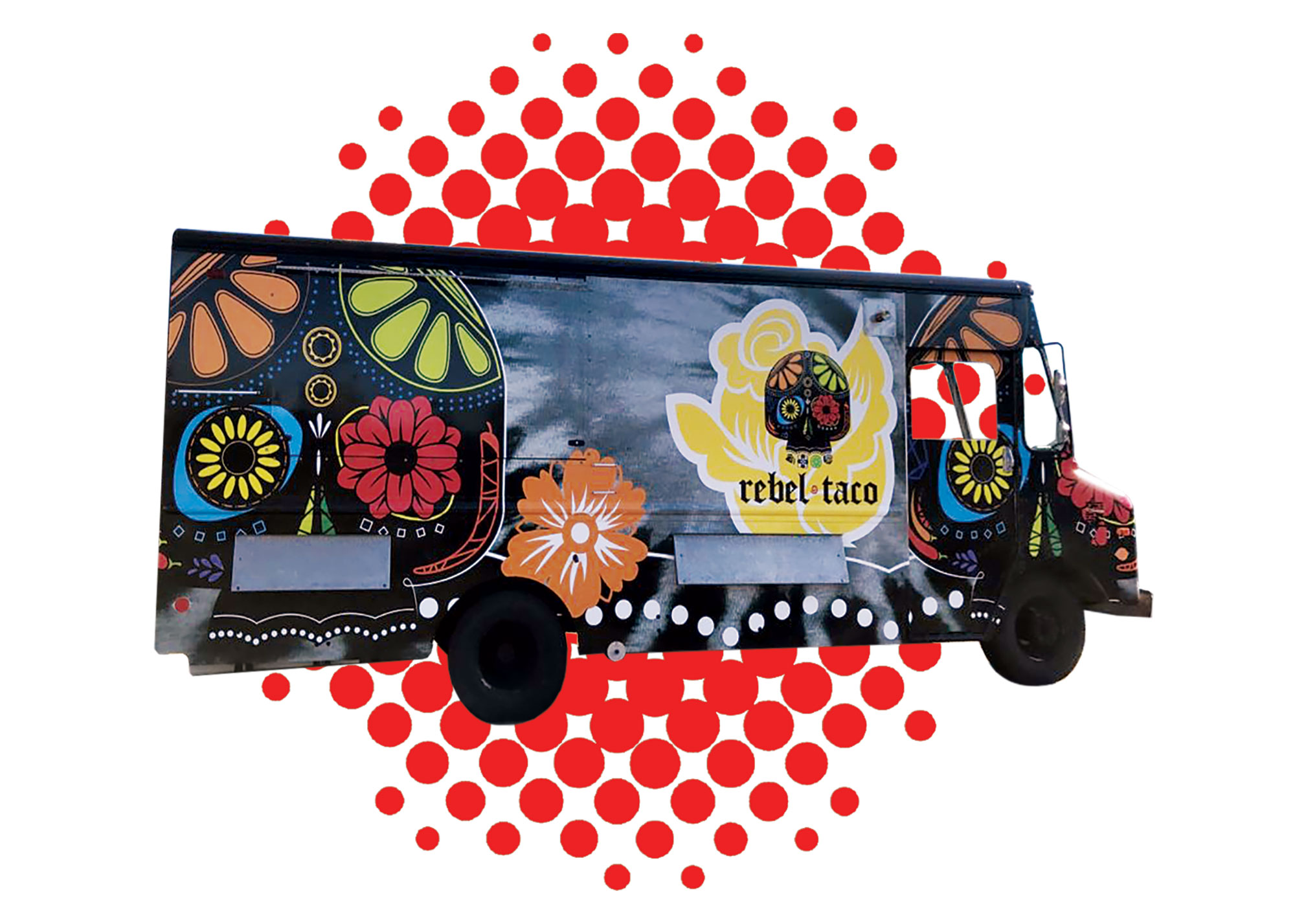 In 2014, restaurateurs Mike Bramson and Naeem Mohd opened their first eatery, Provision No. 14, in Washington, D.C. Today, their company, Social Restaurant Group (SRG) has five properties, including Pamplona and Bar Bao in Clarendon and The Stand, a Crystal City pop-up eatery with a rotating food selection. We checked in with Bramson, an Arlington resident, on two of his company’s latest projects: a food truck called Rebel Taco and a forthcoming beer garden called The Lot.

What’s the story on Rebel Taco?

We had been looking for space to do a taco concept and decided to do a food truck first to see if the concept worked. We found a cool food truck in Virginia Beach, bought it and got Michael Pacheco, the graffiti artist who did Bar Bao, to do the imagery on it. This summer the truck was used for private events. Costs vary, but I would say it’s around $500 for a 20-person party. The menu features tacos and nachos, empanadas, gorditas [fried corn tortillas stuffed with onions and chorizo, almost like a sandwich], quesadillas, burritos.

And the latest on The Lot?

The Lot is a temporary pop-up beer garden in Clarendon where Prime Auto Group, a used-car dealership, used to be [3217 10th St. North]. It’s a big space—22,000 square feet—slated for redevelopment. The landlord plans to tear down four buildings. We proposed to build a kitchen there and have food trucks [in the interim] because it was going to be two years before they broke ground, although the design and permitting process for our pop-up has taken a year. The Lot will have Rebel Taco, as well as a trailer with a tiki hut bar.  Editor’s Note: The latest reports suggest The Lot will be opening in spring 2019.