Falls Church has a new microbrewery in the former Mad Fox space. 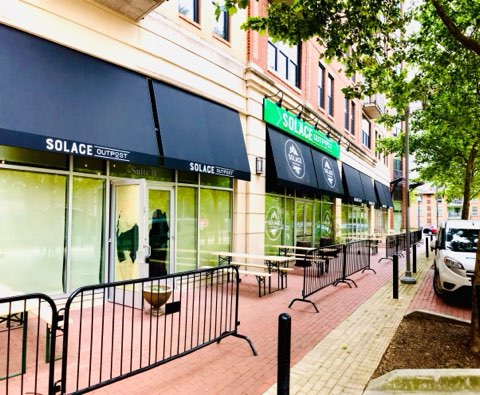 If the spring of quarantine left you feeling parched, take solace. The taps are now flowing—a dozen of them—at Solace Outpost, which officially opened on June 17 in The Little City.

One of the seven beers brewed on site is a 6.8% ABV India pale lager called Waiting Patiently, and if consumption is any indication, it was worth the wait. The barkeeps blew through four kegs of it in the initial days after opening, despite operating at partial capacity. And it wasn’t even their top-seller.

The new watering hole at 444 West Broad Street is an expansion for Solace Brewing Co., which launched its flagship brewing operation in Loudoun County in 2016. But Solace isn’t flying solo on this one. Its partners include D.C. restaurateurs Ian and Eric Hilton, as well as Steve Ryan, co-founder of Blackfinn Ameripub, which has multiple locations in D.C. and Virginia.

Solace Outpost’s debut, just as Northern Virginia was settling into the second week of its Phase 2 reopening, seems well-timed. “It’s big, open and airy with plenty of outdoor space,” says partner Ian Hilton. “People feel comfortable and not crowded. I think it’s a good first step back into going out.” 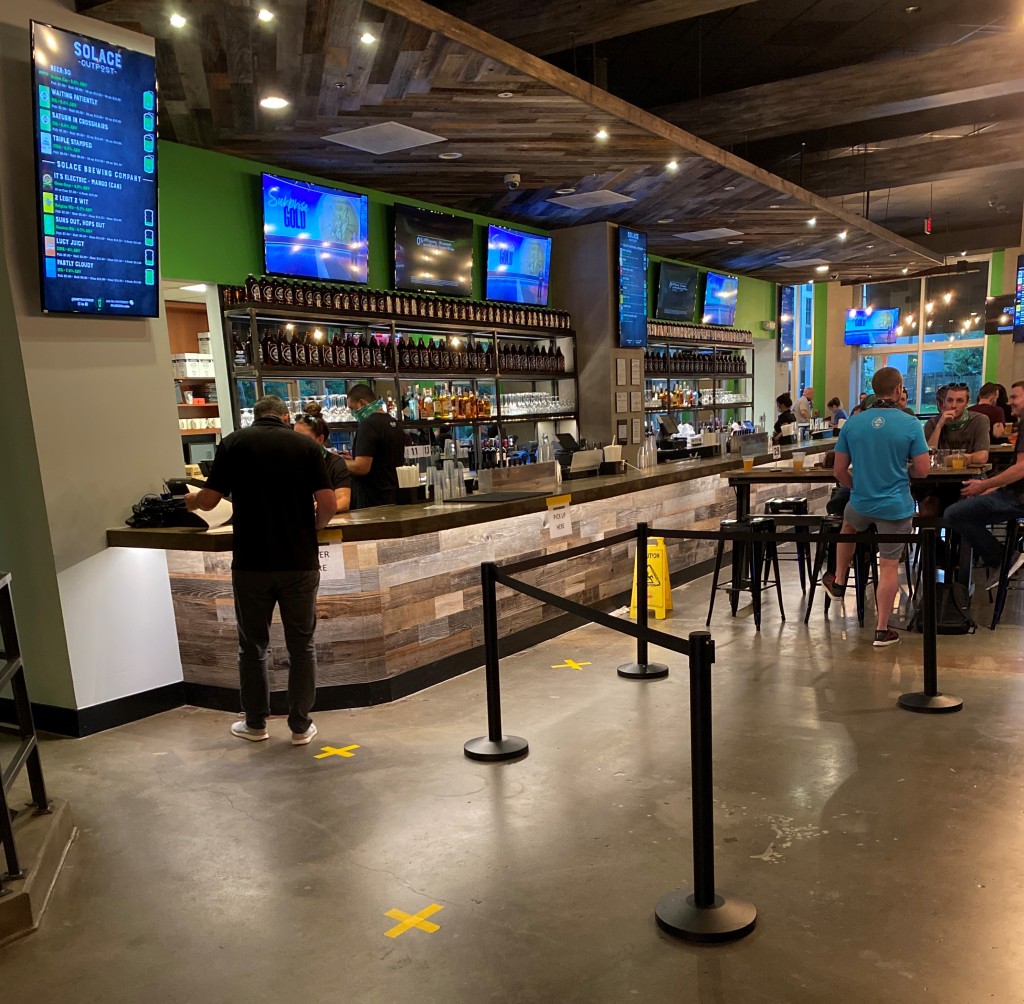 Once restaurants and bars are permitted to operate at full capacity, the microbrewery will be able to accommodate 300 patrons indoors and 90 on the patio.

There’s food, too—a concept called “Sauced” centering on grub that pairs well with beer. The offerings, which Hilton likens to “having a food truck in the kitchen,” include wood-fired, thin-crust pizzas (with topping ranging from housemade sausage and pickled jalapenos to fresh pears), five kinds of fries, and buttermilk-brined fried chicken, which can be ordered traditional-style or Nashville hot.

For those who like heat without pain, a third chicken style is in the works. “The Nashville hot will remain true to its name—sign-a-waiver-type stuff,” Hilton says, “but we’ll also be adding a Virginia hot chicken option that’s a step below Nashville.”

As physical distancing mandates ease up, the fun will also include live music (mostly local bands and solo artists) and a game room with arcade games. 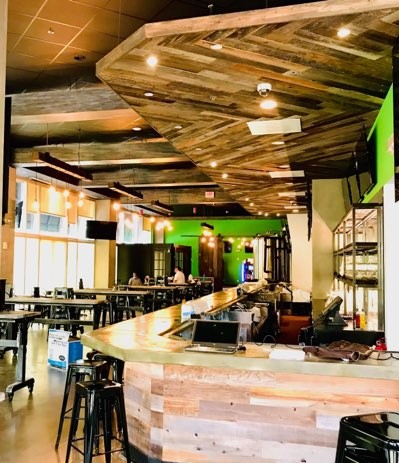 For beer connoisseurs, the Little City newcomer promises a rotating roster of experimental IPAs and other small-batch brews (think kettle sours) made on the premises, plus Solace fan favorites such as Sun’s Out Hops Out, Lucy Juicy, Partly Cloudy and Crazy Pils. The suds program is overseen by Solace co-founder Jon Humerick, who started his beer career at Beltway Brewing Co. 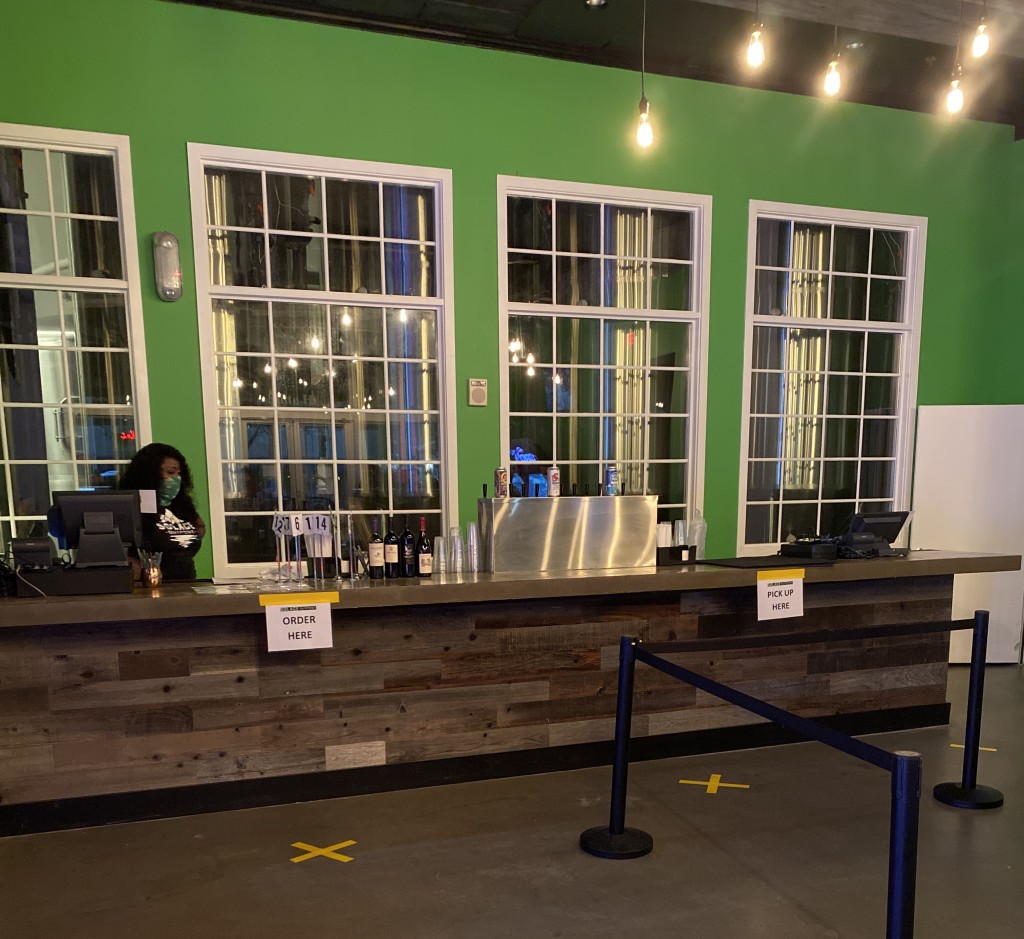 It’s been a busy week for The Hilton brothers, whose hospitality powerhouse H2 Collective is also the force behind Chez Billy Sud, El Rey and the Brixton in D.C. (among other hot spots), and Parc de Ville in the Mosaic District. Another new H2 venture, the French-style bistro Café Colline, opens for carryout tomorrow (June 25) in the former Cassatt’s Kiwi Café space in Arlington’s Lee Heights Shops.

D.C. Restaurateurs Ian and Eric Hilton are Making a Big Play in NoVA