A family of picky eaters finds a recipe for compromise. 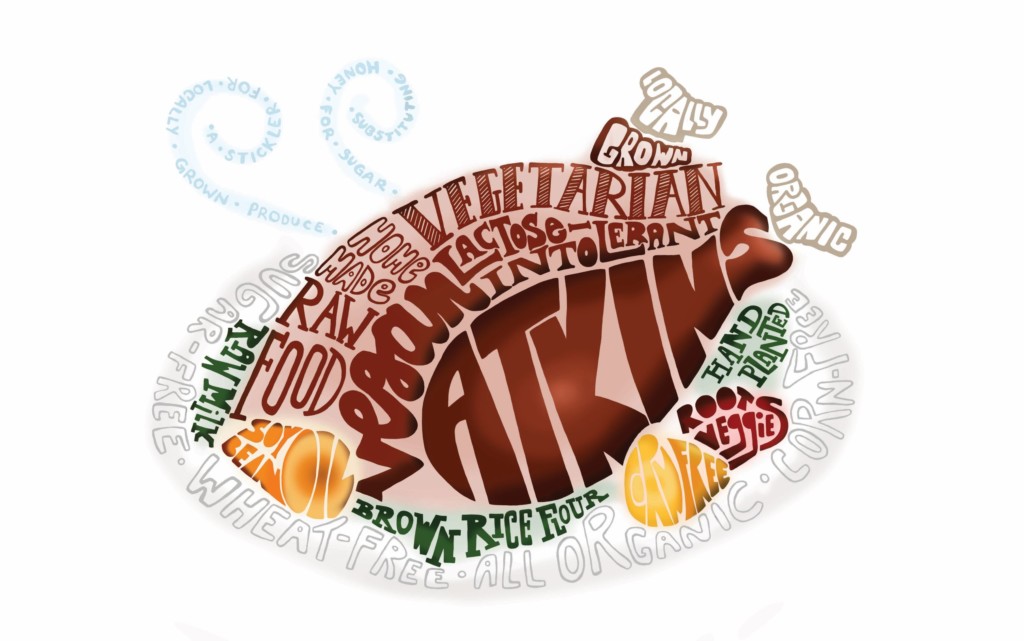 It was hard enough when Dad was on Atkins, pounding down hamburgers—hold the buns—slathered with mayonnaise and eggs, while my sister, Sara, and I maintained our nearly vegan organic vegetarianism. Plus, we two cheese-lovers had to contend with Dad’s and my stepmom Marci’s lactose intolerance.

A few years later, Dad switched to an all-organic, corn-free, wheat-free, sugar-free and mostly raw-food diet. I stayed vegetarian but embraced some of his restrictions and upped my intake of what Michael Pollan calls “real food.” My sister expanded her horizons and began drinking milk, eating eggs and experimenting with meat from animals she knew, but became a stickler for locally grown produce. My husband’s the only one without any food “issues.”

Somehow, we all planned to cook and eat a Thanksgiving dinner together.

By phone and by email, across several state lines, three-way menu negotiations began several weeks before the meal. My cornbread stuffing (wheat-based) was axed immediately, as was the brown sugar–maple syrup–marshmallow yam casserole. A turkey breast for three instead of a whole bird was a no-brainer, as was Marci’s famous roasted asparagus side dish.

But then the Battle of the Veggies began. Sara works on a farm and wanted to roast her own hand-planted root vegetables and make her famous creamy vegetable-cashew-nut sauce. Dad was determined to make his own root veggies, and informed us that he couldn’t eat cashews because his food guru said they don’t agree with his blood type.

We can’t forget the dueling cranberry sauces. Sara and I vetoed canned high-fructose corn syrup cranberry jelly and vied for a homemade recipe instead. My vote was for one substituting honey for sugar, served warm. Hers was a raw-food concoction, made with locally grown cranberries from a bog in New England.

“WE HAVE CREATED A MONSTER!” my dad wrote in an email from Pennsylvania.

“Maybe we each need to just make our own food,” I wrote back from Virginia, nearly defeated.

“I love that we all have food convictions!” my ever-positive sister chimed in from Massachusetts.

During all of the planning, my husband, Neil, didn’t say a word.

There was a time when Dad would make rules and tell us kids what he wanted us to do. Sara or I would talk back, and Dad would clench his jaw and say, “The only answer I want to hear is ‘Yes, Daddy.’ ” He didn’t like us to challenge him. We didn’t like being commanded. Usually the standoff ended with full-throttle screaming, slamming doors and girls in tears.

By the time we reached our 30s, the fights became less frequent. We started to listen to Dad, like when he told us why soybean oil is cheap and no good. Dad paid attention when Sara explained the benefits of raw milk and composting toilets. We all began to try new things, like Marci and Dad tasting Thai and Vietnamese food for the first time a few years ago, or any of us braving Sara’s homemade lacto-fermented sauerkraut or sour turnips.

Our Thanksgiving meal, if all went according to plan, would be a melting pot of our latest opinions, preferences, lessons and realizations about how to eat, and how to live and how to make our way in a world where nothing is ever as it once was.

The big day arrived. We discussed plans for scheduling, determining who would make what (and at what time) in our parents’ double oven.

Then Marci fell sick and spent the day in bed, so Sara and I improvised her asparagus. Sara and Dad settled the Vegetable Civil War by each roasting a batch. I assumed Dad’s would be boring since he refuses to eat garlic, onion, salt or pepper, but those tamari-doused parsnips, carrots, turnips, daikon, celery and burdock roots were as good as Sara’s fingerling potatoes, Chioggia beets and Atomic Red carrots. Instead of Dad’s forbidden cashews, Sara used almonds soaked overnight, a practice espoused by both father and daughter for deactivating phytic acid. I made a quinoa-feta-pine nut dressing that everyone devoured, despite its distinctly non-local ingredients.

Thank God I let Sara win on the cranberry sauce, for it was one of the most divine creations ever to hit a Thanksgiving table. I insisted she help me make a wheat-free, sugar-free pumpkin pie, with brown rice flour and maple syrup. “Only if we can use a home-grown pumpkin from the farm instead of cans,” she countered. Deal.

Everyone politely ate the pie, but let’s just say it would have served the world better as compost fodder.

After only 15 minutes, we had finished the feast. Reflecting on our rainbow-colored Alternative All-American Meal, we decided it was our best Thanksgiving yet; we had made it work despite our differences. No one yelled, and no one cried. Neil confessed he had been quite nervous about the meal beforehand, wondering if he’d be able to stomach it. But like any family interaction that involves kindness, understanding and patience as ingredients, dinner went down smooth and easy.

Then the negotiations on who got what leftovers began.

Sue Eisenfeld (earthwords@earthlink.net) is a writer, editor and consultant in Arlington.