The Creative Force Behind Sisters Thai 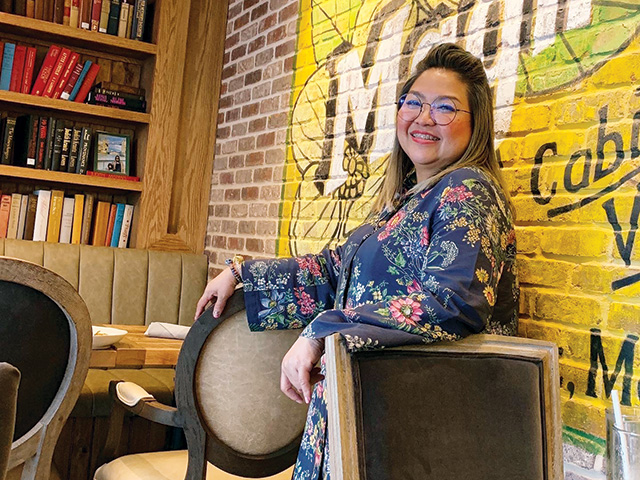 Like many of us, Bangkok native Sumontita “Tammie” Disayawathana set out to pursue a dream—not an American or Thai one, per se, but the human one of simply doing what she loves most. Today she and her husband, Jaturon Srirote, own several restaurants that are beloved as much for their homelike ambience as for the food, including Sisters Thai locations in Fairfax City, the Mosaic District and Cabin John, Maryland; Magnolia Dessert Bar and Coffee in Vienna; and Chai-Yo Dessert in Centreville.

What brought you to Northern Virginia?

I finished my bachelor’s degree in communication arts at Bangkok University in 1995 and came [to Falls Church], where my aunt is, in 1996, to continue my education. To improve my English, I did ESL at Georgetown University, then went to Southeastern University in D.C. for an MBA, which I got in 1999. While in school, I started working part time at Crystal Thai restaurant in Arlington to make money and met my husband there in 2000. We married in 2006.

How did you become restaurant owners?

In 2006, I went to work at Hyatt Regency in Reston, in the front office and catering. In 2012, our daughter was born. But it was our dream to open our own business. We would say, “If we ever had our own restaurant, we would do it this way.” My uncle Moo [Prasert Limsumanc] is a chef, so we’d ask him to join our restaurant. You have to make sure you have a good chef and I knew we did. I knew we would make it.

Where did the money come from?

We saved our money and my mom and the family lent us money. No bank.

How did you choose the first Sisters Thai location?

I saw the Fairfax City location and fell in love with it. It was a Thai restaurant, Best of Thai, which was for sale. We watched on a Saturday night at 8 p.m. to check parking and traffic and counted eight people going in. There weren’t many customers there, but still I knew it could be great. I had a feeling.

What made you so sure?

Our [concept] was 200 percent different. The contractor was my aunt’s friend and he brought [designer] Sucha Khamsuwan from Studio Ideya [in Fairfax]. I gave him ideas. We wanted it to look like a living room. My daughter was 1 year old, so I wanted the place to be kid-friendly with lots of toys, homey and comfortable. On our first day [in 2013], sales were $300. It took time, but we caught on.

How did the second Sisters come to be?

We found a space in Arlington on Wilson Boulevard—I don’t remember the name—but they were maybe going to tear down the shopping center. So, we went to Mosaic. Now it’s my No. 1 in sales, bigger than Sisters 1.

We wanted to complement [the other restaurants with something] in Vienna because we had moved there. The place I found had been a yoga place, then bagels. I liked that it had two levels. The style of dessert I wanted, like honey toast [a large brick of toasted bread, hollowed out and filled with ice cream and sauces], I had only seen in New York. I had a friend who baked in Thailand and she came to help.

A combination of Magnolia and Sisters Thai should be opening in March in Old Town Alexandria.