Jim Irving kept notes from his days as a private eye. Forty years later, he published his first novel. 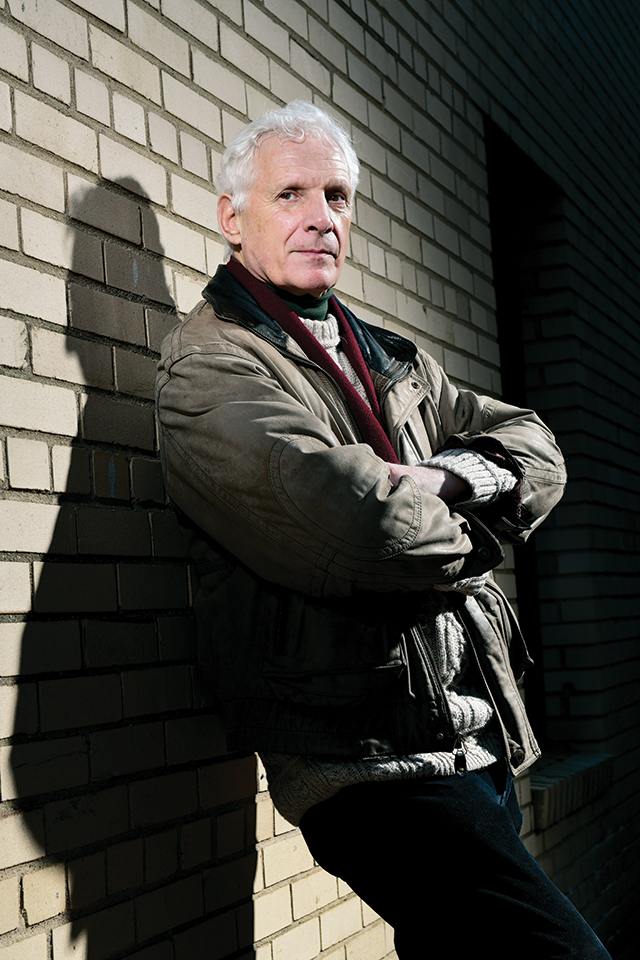 On TV, private investigators stake out the homes and businesses of suspected criminals with piercing intensity, to the tune of soundtracks played in minor keys. But in real life the job is fairly boring, says Jim Irving.

So, if you are a private detective who aspires to eventually write a novel, you keep a notebook in your car.

“I always thought the job would provide fodder for a novel someday,” says the Arlington resident, recollecting his time as a PI in Northern Virginia in the late 1970s. The tedium was occasionally interrupted by incidents that were “crazy and interesting and sometimes scary.”

Back then, Irving was fresh out of the University of Virginia with a degree in English. He specialized in “locates,” which involve finding people who don’t want to be found—cheating spouses, swindlers defrauding insurance companies, criminals on the lam.

Preserved in one of his many notebooks, from 1977, is an account of a particularly harrowing day in the life of a hard-boiled private detective. “I [ended up] in a trailer in Manassas for many hours, with people who were not friendly to me,” he says. “Sometimes, when I was following people, they could become antagonistic. This time, I was spotted. They confronted me and tried to intimidate me with a gun.”

Not long after that incident, Irving left the gumshoe life behind to attend law school at William & Mary. That’s where he met his wife, Cindy (a certified financial planner), and set his sights on the quieter life of a lawyer. He’s now celebrating 20 years at the Arlington firm Bean Kinney & Korman, where he is a shareholder with expertise in business law and corporate transactions. The couple has lived in Arlington’s Rock Spring neighborhood for more than 25 years. Their daughter, Lindsay, is in grad school at UVA.

Through the years, Irving has served as a committee member of the Arlington Community Foundation, as president of the Arlington Rotary Club and on the board of YMCA Arlington. But he’s always been drawn to the writing life.

He carves out time to write every day, even if only for a few minutes. “One thing I do a lot is come up with a phrase, an idea, a nugget of something,” he says. “I do it when I’m in the car and stop to write it down. I take that nugget and have something that can quickly grow into a full scene. Or I have an idea in my sleep and run downstairs in the middle of the night to record it.”

Irving has been writing fiction ever since his college years, although for decades he remained unpublished. That changed in 2020, when he finally turned his dog-eared stakeout notes into the first in a series of thrillers about an underemployed criminal defense lawyer with a solo practice in Arlington.

His first novel, Friends Like These, was released in November by Speaking Volumes Publishing. The gripping plot opens with a suspicious death, then peels back the layers on a world of shady dealings and seamy characters, using Arlington as a backdrop.