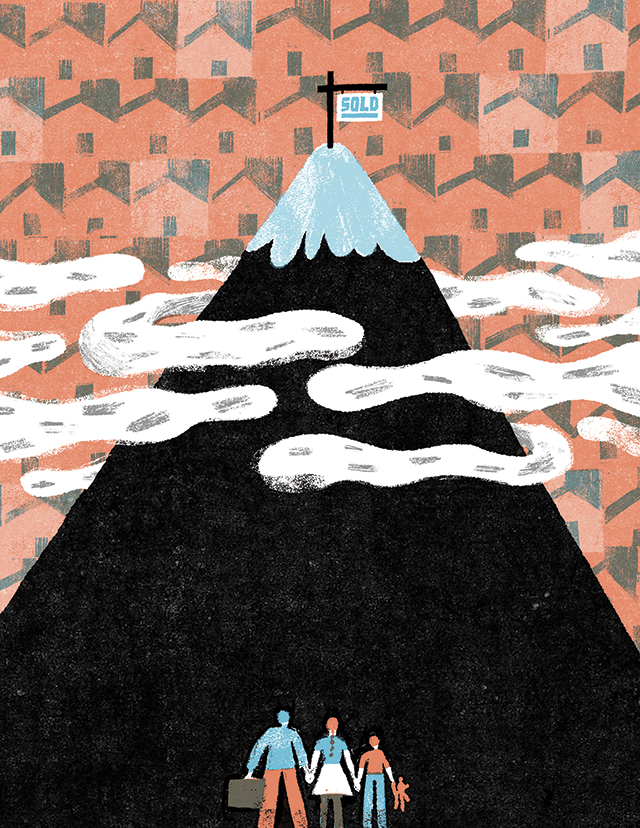 Bridget Obikoya knows how hard it can be to buy a house—any house—in Arlington on a middle-class salary. “Public servants don’t make a lot of money,” says Obikoya, who handles parking and site plan reviews as a design engineer for Arlington County. “I can tell you the opportunity to buy a house in Arlington is almost nonexistent.”

Almost. She lucked out in 2015 while looking at homes with her mother in Green Valley.

Obikoya found the lot’s owner, called him and made an offer on the narrow property, which he accepted after a second phone call.

Today, she’s serving as project manager on the construction of a 15-foot-wide shotgun-style home, which she designed herself with help from her architect sister and others.

“It was serendipity at its finest,” says Obikoya, a native of Alabama, where skinny shotgun houses are common. She expects to finish construction this spring and move into the new place with her mother and son.

She’s aware that her good fortune is a bit of an anomaly. Unfortunately, the chances of such serendipitous discoveries are quickly vanishing in Arlington, at least for moderate-income buyers. While housing has always been a hot topic in the county, the price crunch for many is intensifying, thanks to rising incomes, the increasing pace of teardowns and skyrocketing sales prices for single-family homes. 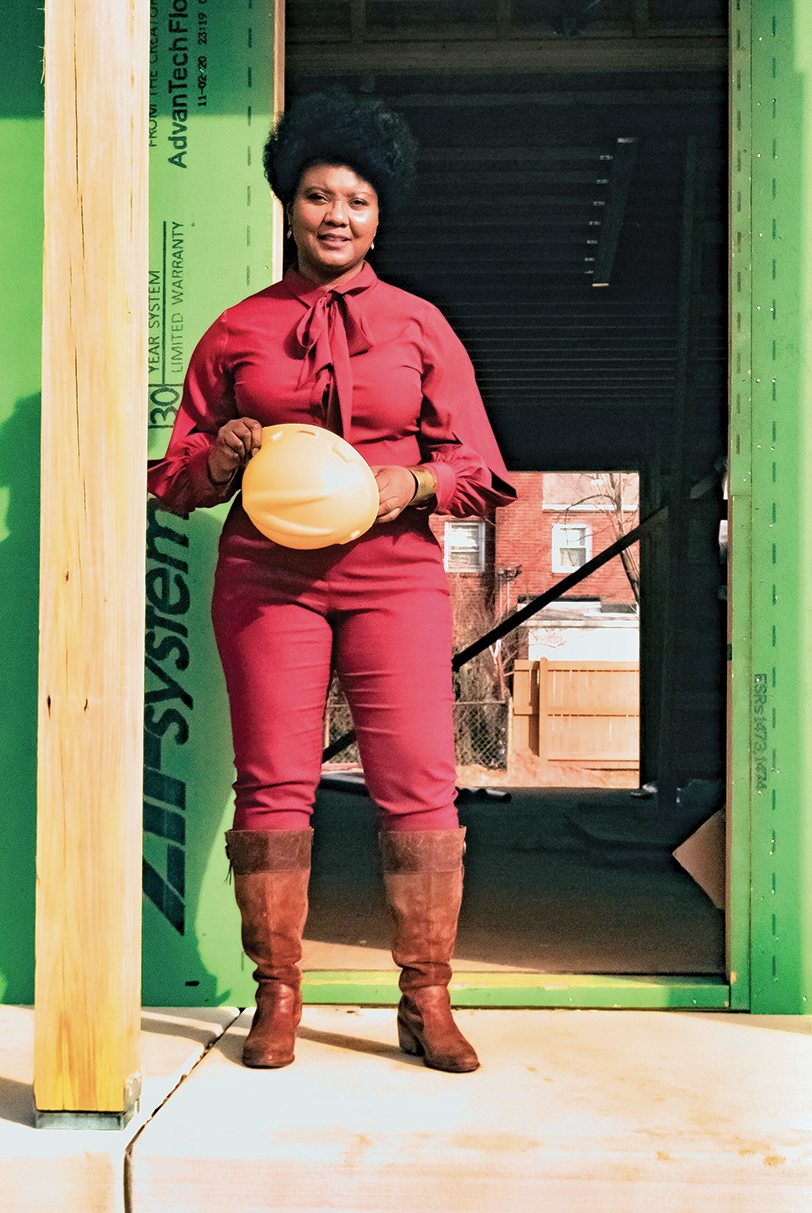 Bridget Obikoya on the construction site of her new home in Green Valley. Courtesy photo

Walk through just about any single-family Arlington neighborhood and you’ll see the telltale signs of the teardown trend. A “New Home Coming Soon!” sign stands in front of a modest brick rambler with uncut grass and a gutter dangling precariously from the roofline. Another yard previously bordered by azaleas and boxwoods is now filled with piles of excavated dirt and surrounded by plastic fencing.

On many streets, new houses soar three stories tall with five, six, even seven bedrooms, and a price tag to match.

“In our experience, a family comes to us and says, ‘We only want a 3,000-square-foot home,’ but they also want a home office, an in-law suite and a dining room. Before you know it, it’s 6,000 square feet,” says David Tracy, president of Classic Cottages, which built approximately 30 infill homes in 2020, primarily in Arlington. “Our homes end up on the larger size, but we are only tracking what the market wants us to build. We would love to build smaller, but the market doesn’t reward that.”

He appears to be right. Over the past decade, builders and homeowners have torn down 1,245 single-family homes in Arlington, many of them modestly sized at an average of 1,515 square feet. Dramatically larger homes have risen in their place, averaging 4,750 square feet with a sales price around $1.7 million, according to county data.

“What developers are currently allowed to do is what we’re getting,” says Russell Daneo-Schroeder, a principal planner with the county’s housing division.

As a result, the American dream of homeownership has become out of reach for middle-class Arlingtonians like teachers, nurses, first responders, restaurant workers and—ironically—many county employees.

Since 2010, single-family home prices have risen sharply in Arlington, jumping 45% from an average sales price of $744,484 a decade ago to nearly $1.1 million in 2019, according to a Housing Market Pressures report released by the county in July 2020.

“I can’t tell you the amount of people who have looked for a single-family house in Arlington and been frustrated,” says Obikoya, who also works as a real estate agent. “I have had clients with $500,000, and there’s not a house in the county for that—not even a teardown.”

The trend concerns county leaders, who worry about the impact of spiraling home prices on affordability, racial and economic diversity, and support for public services such as schools, transit and recreation. (Affluent residents have the means to choose private over public, whether it’s education, transportation or where they exercise.)

“Getting housing right is what makes us resilient in many ways,” says county board member Takis Karantonis, an economist and urban planner who was elected in 2020 after serving as executive director of the Columbia Pike Revitalization Organization from 2009 to 2016.

Amazon’s 2019 arrival in Arlington—where the tech giant is now building a campus in an area known as National Landing, with jobs that pay an average annual salary of $150,000—has only added to the market pressure. “One of the biggest problems with Amazon is that people with very high incomes are replacing people with moderate incomes,” says Karantonis. “That has consequences for a place that is banking on its diversity.”