In Green Valley, the historically African-American neighborhood where Obikoya is building her house, Portia Clark is already seeing the effects.

“It’s rare that there’s anything in the neighborhood that’s affordable anymore, between Amazon and the investors scouting,” says Clark, who’s lived in Green Valley for more than 60 years and currently serves as president of its civic association. “We were one of the last affordable neighborhoods in Arlington.”

Data support her observations. Home prices in Green Valley increased by nearly 15% in the past year, to an average of $677,727, according to data tracking from Bright MLS. Other South Arlington neighborhoods close to Amazon’s HQ2 have seen even steeper rises, with prices up nearly 16% in Douglas Park and 31% in Penrose. (See Arlington Magazine’s 2021 Expanded Real Estate Guide, with sales trends in 400+ neighborhoods.)

Clark says rising home prices have affected community members in different ways. Kids who grew up in Green Valley can’t find a house to buy in their neighborhood. Adult children can’t afford to buy their childhood homes, or discover too late that their aging parents’ properties now have reverse mortgages on them, leaving those homes owned by investors, not family members.

“I have three grown children, none of whom are in a position to afford an $800,000 house,” says Clark. “What are people supposed to do? They can’t live in Arlington, so they go to Maryland or Woodbridge to find more-affordable houses.”

To address the issue, the county board in 2019 approved the Housing Arlington Initiative, a multipronged effort exploring land use, financial tools and partnerships, among other possible remedies. Its goal? To make housing more affordable in Arlington by boosting supply, diversifying the types of housing that are available, and preserving or expanding the number of affordable housing units.

“Housing is a critical workforce issue,” notes Scott Pedowitz, goverment affairs director for the Arlington Chamber of Commerce, which sees housing as an important pillar of economic development. “It’s important not just for workers, but for employers. They want to be in a place where employees at all different points in their career can settle in and find a place to live.” 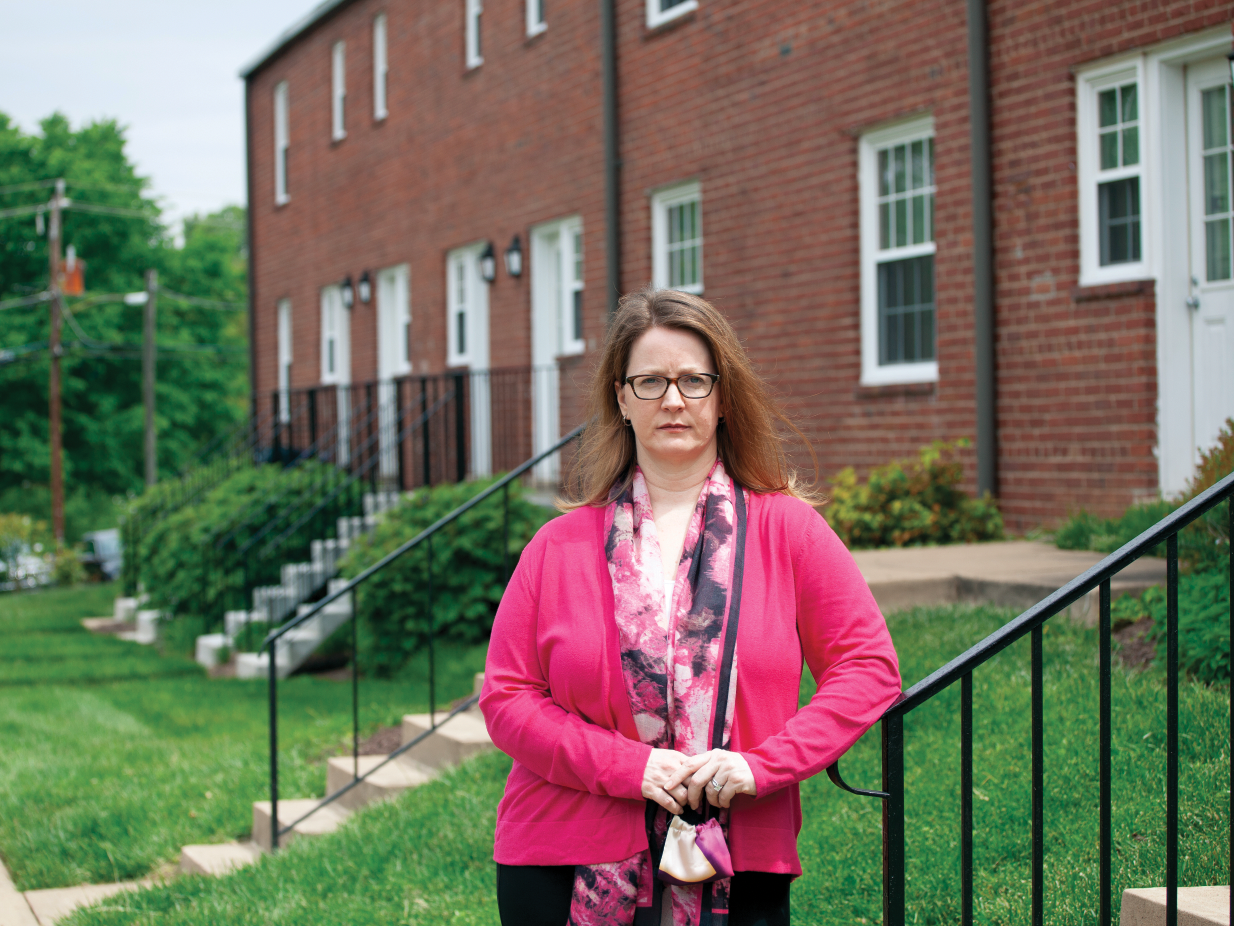 The term, coined by California architect Daniel Parolek, describes essentially all of the different housing types that can be found on the spectrum between single-family detached homes and mid- to high-rise apartment buildings. Examples can include duplexes, triplexes, fourplexes, row houses, cottage developments and other structures, according to Parolek, author of Missing Middle Housing: Thinking Big and Building Small to Respond to Today’s Housing Crisis.

“Missing middle” housing types are typically smaller and less expensive than single-family homes, making them more financially feasible for first-time homeowners and moderate-income buyers—folks who often make too little to be competitive in a tight market like Arlington, but too much to qualify for income-restricted housing programs.

These modest housing types are largely missing in Arlington. According to county data, 24% of Arlington’s 116,000 housing units in 2019 were single-family homes; 70% were multifamily apartments and condos (both high- and low-rise). Duplexes and townhomes accounted for only 6% of the county’s housing stock.

“Arlington is very starkly missing the missing middle,” says Emily Hamilton, a research fellow and director of the Urbanity Project at George Mason University’s Mercatus Center. “In Clarendon, you walk a block from the Metro and you’re surrounded by single-family homes.”

Michelle Winters, executive director of the Arlington-based nonprofit Alliance for Housing Solutions, offers a similar observation. “Normally, a place this close to the [city] center would have more townhouses,” she says. “Glebewood on 21st Road North has one of the last ones developed before the ban. It’s an example of what could have been.”

The ban that Winters is talking about is not recent. It dates to 1938, when Arlington County officials, concerned about fast growth and high density, prohibited the construction of row houses. (That moratorium would last until 1965.) The decision favored a more suburban style of development that was also profoundly unwelcoming to Black residents.

During that same time period, builders created racially restrictive covenants that prevented African Americans from buying the new homes springing up in neighborhoods such as Alcova Heights, Bluemont and Westover. The Federal Housing Administration, meanwhile, refused to insure mortgages for homes located in or near African-American communities in a practice known as “redlining.” (Red outlines marked such neighborhoods as “hazardous” on the federal Home Owners Land Corp. maps in the 1930s.) 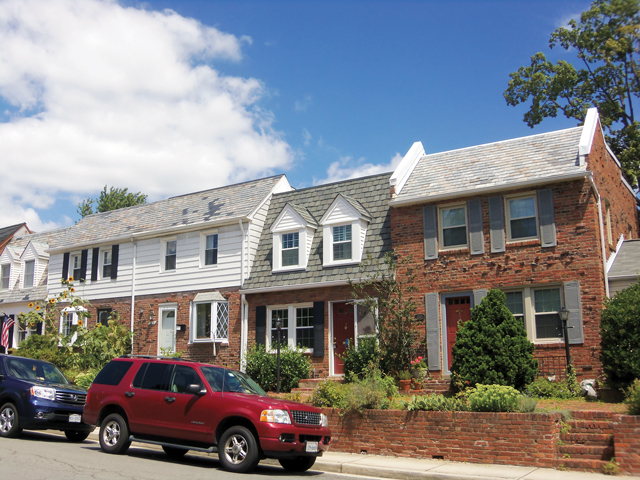 The Glebewood development was built before a county moratorium on row-house construction that lasted from 1938 to 1965. Photo by Farragetful / Wikimedia Commons

These discriminatory practices were finally outlawed in 1968 by the Fair Housing Act, but their consequences have been lasting.

According to one research bulletin compiled for the county’s missing middle study, the areas of Arlington that are zoned primarily for single-family detached housing overlap with census tracts where at least 70% of the population is white, suggesting that “Arlington’s current zoning framework may not support the county’s goals for diversity and inclusion.”

“Single-family zoning was explicitly identified as a tool to segregate localities when it was first introduced,” explains Hamilton of the Urbanity Project. “And it’s still the case, because there are income disparities across groups.”

That’s certainly true in Arlington, where the median household income for Black residents ($58,878) is less than half that of their white counterparts ($134,723).

The income gap is just one of the many data points presented thus far by the county, which, as part of its missing middle study, has published five research bulletins and a historical overview of residential housing, planning and zoning in Arlington.