The study is still in the early stages of what is expected to be a two-year process, but residents are starting to pay attention. Approximately 150 people attended October’s virtual kickoff meeting, according to Kellie Brown, a section supervisor in Arlington’s comprehensive planning department, and 200 completed the county’s missing middle survey (which closed in December).

“The missing middle housing study is looking at how to address the housing gap between the targeted ‘affordable’ housing income range and million-dollar homes,” Brown says. “This is a real need. The study is looking specifically at how increasing housing supply and enabling construction of more housing choices—smaller than what is currently being produced through single-family teardowns and redevelopment—could be less expensive than the current limited options.”

It is a complex undertaking. For now, Arlington officials say they are focusing on the big picture, rather than setting specific missing middle housing targets.

“There are three ways we can achieve success,” Brown continues. “One, if we [view] this study as an opportunity to think about how changes in our neighborhoods could better reflect our community priorities; two, if we help people who are already in Arlington stay in Arlington; and three, by adding more housing choices so people can live closer to where they work and continue to support our economy and community.”

Going forward, the county plans to use public feedback, data and other insights to develop a list of priorities, potential new housing types and possible locations for that housing, with points along the way for public comment, stakeholder review and board action. By late 2022, the county could then be studying Arlington’s zoning ordinance, general land-use plan and other essential policy documents to implement changes stemming from the missing middle study.

But achieving all of those goals may be difficult in light of Arlington’s escalating real estate values. Arlington continues to be a highly attractive place to live, which influences housing costs for existing and new construction of all sizes.

“It’s close [to D.C.], it’s where the jobs are, there’s a very good school system, there are lots of amenities, and it’s a pretty well-run municipality. Those are all the characteristics of a desirable location,” says David Tracy of Classic Cottages. “But it does leave behind the people who don’t have enough wealth or income levels to buy a $2 million house.”

(Mortgage calculators suggest that a buyer would need an annual income of nearly $300,000 and a down payment of $400,000 to purchase such a home.)

The cost of land alone can be staggering, with even teardowns in Arlington selling for $700,000 and up.

In late 2020, a Lyon Village home with four bedrooms and one bathroom was on the market for $1,499,999. “Built in 1940, this will likely be a teardown as home is mostly original and outdated,” the listing said. 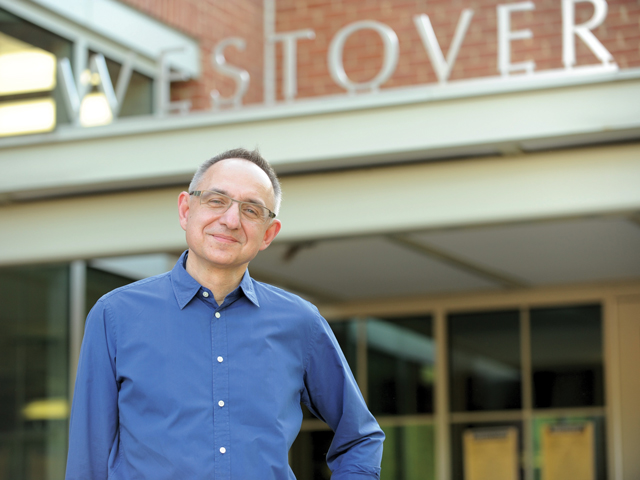 In home-building economics, land costs typically account for 20% to 40% of a new home’s sale price—and an infill market like Arlington tends to be on the high end. Such realities could push market-rate duplexes out of reach as a missing middle solution. “We’ve done a few duplexes, and a duplex today in the right neighborhood might go for $1.25 million,” says Pierce Tracy, vice president of business development at Classic Cottages.

David Tracy says the equation is more complicated than it may appear. Upzoning a parcel to allow a duplex or triplex could “make the underlying land even more valuable,” he explains. “You might build three units at $800,000 each, so if that’s someone’s definition of affordability, then yes.”

At the same time, the builders (they are half brothers) see opportunities for creative market solutions—depending on what the county decides to do. If, for example, Arlington were to allow duplexes and townhouses on smaller lots and busy streets without requiring a special exception permit, teardown properties on arterial roads could be transformed into owner-occupied missing middle housing, rather than investor-owned rentals.

“Allowing these developments on busy streets will kick-start these lower-priced units of new construction while also preserving the character of the current neighborhood,” David Tracy says.

Lyon Village resident Jon Huntley, a senior economist at the Wharton School at the University of Pennsylvania and creator of the data website Arlington Analytics, has his own questions about whether duplexes are a realistic missing middle solution for Arlington.

Where to Catch the Brightest Holiday Light Displays in the Area