The Morning Call That Never Came

The death of a parent in the age of coronavirus brings an extra layer of grief. 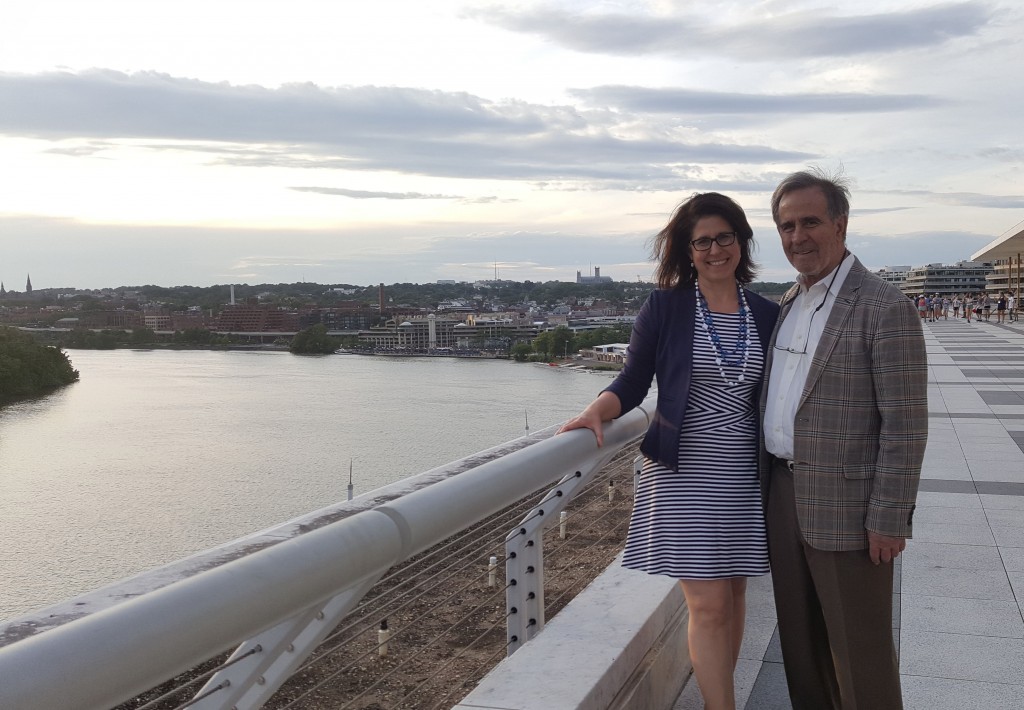 The writer with her dad, Sterling “Ruffin” Maddox, Jr., at The Kennedy Center

I still have the texts.

“I know I speak for both of us,” my sister Katharine wrote to Dyane, the head of the memory care ward at Dad’s assisted-living facility, at 8:21 a.m. on March 24. “Even if Dad can’t speak, we’d like you to hold the phone up for him so he can hear us tell him we love him.”

We didn’t know it at the time, but Dad had become the first resident of his facility to die of Covid-19. We’d wait another week before the test results came back and we could finally take his ashes home.

What happened before, during and after that morning will forever haunt me. I think back to Thursday, March 19, and the frantic late-night phone calls after Dad spiked a fever of 103, ultimately resulting in the decision—ironic now—to keep him away from the hospital for fear of exposure to the virus.

I think back to my request to schedule an “in-person” call with him on Friday, March 20, where we could sit in the building’s courtyard and see him through glass doors. I couldn’t get a slot that day because too many families had already signed up.

I think back to Saturday, March 21, when I was trying to get through to Dad and he wasn’t answering. He finally called back—when I was standing in the home-goods aisle at Target. I remember feeling frustrated because I couldn’t understand anything he was saying. I thought he was just sleepy from his nap, though I’d learn later that delirium often results from low blood oxygen. It was a short conversation, needless to say. It was the last one we’d ever have.

Kathy tells me she had a similar phone experience with him on Sunday, March 22, so she did most of the talking. Thank goodness she’d managed to tell him that our stepbrother had finally gotten engaged to the love of his life, because two days and two unsuccessful phone attempts later, he was gone—apparently of a sudden heart attack that’s known to accompany the virus.

“No rush,” I wrote? That was about one hour before he died. 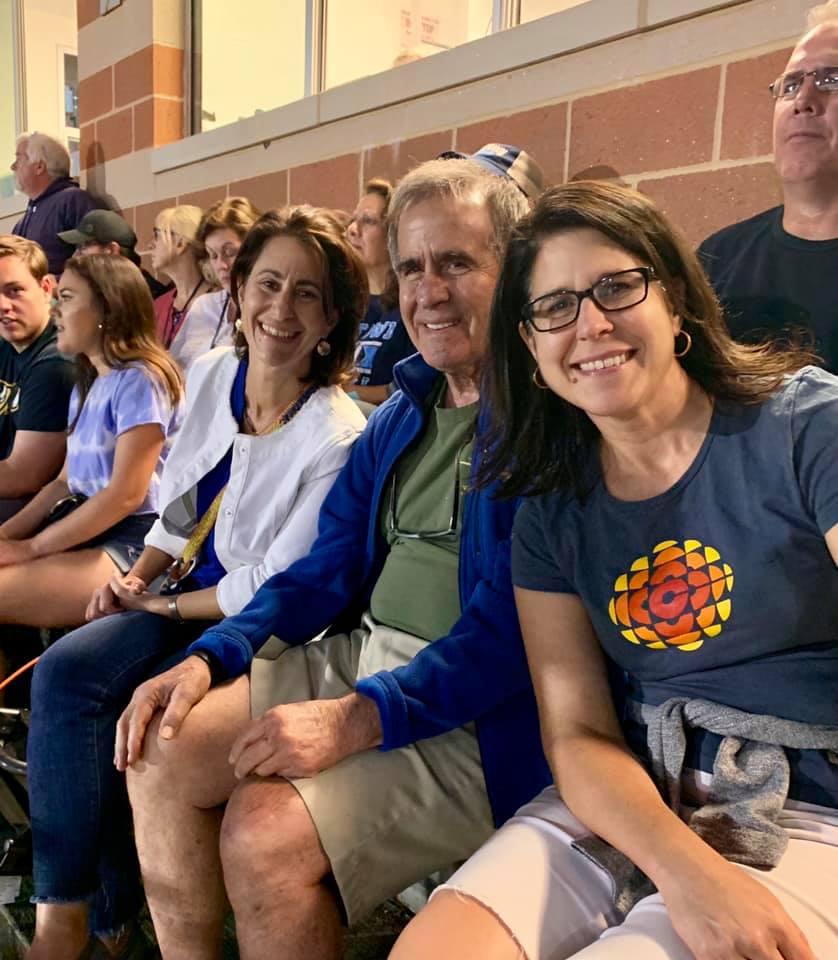 The writer with her sister, Katharine Maddox (left), and their dad at at a Yorktown High School football game in the fall of 2019—the last time he got to see his grandson Henry play

It’s not supposed to be like this. Our dear dad, the sweetest man, who always had a smile on his face and in his voice.

“Hi Jennie! It’s your dad!” was how nearly every call started. He’d unfailingly thanked us for our help and support as he endured the grim progression of Parkinson’s and dementia that landed him in memory care on March 12, the day before we were banned from visiting.

Why didn’t I spend more time with him that day after I placed his furniture and hung his pictures? Why didn’t I call him more often during those final 12 days? Why. It’s my new least-favorite word.

When his death was entered into the public record on April 3, Sterling Ruffin Maddox Jr. became one of 275,367 confirmed Covid-19 cases and 9,246 deaths nationwide, according to Johns Hopkins University. Six weeks later, with 1.2 million cases confirmed and more deaths than Vietnam, I wondered if this was what it was like to suffer loss in a time of war, alongside so many other people.

Grieving the death of someone so close is visceral and wrenching in any circumstance, but it takes on new dimensions when your personal tragedy becomes a public statistic. The Washington Post interviewed my sister for a series on families who’ve lost loved ones. The AARP interviewed me for a story about how the pandemic has changed the way families mourn. We’ve developed talking points accordingly:

“It was a gift—Parkinson’s and dementia had erased his quality of life.”

“He would have preferred it this way.”

“We’ll have a big party for him when this is all over!”

These oft-repeated lines are at once a shield for my own sadness and a balm for those who think I should be falling apart. They’re a necessary arsenal against the daily onslaught of new headlines about overwhelmed care centers and overflowing funeral homes.

But then I walk into my closet, where Dad’s shirts are still in the dry-cleaning basket. I can still smell him when I hold them up to my nose. Across the room, a small green cloisonné urn with some of his ashes has joined a sterling-silver cigarette box, engraved with the names of my mother and her bridesmaids on their wedding day in 1963. Another box on my dresser holds locks of my mother’s—and now my father’s—hair.

Objects and artifacts have replaced phone calls and Sunday dinners. 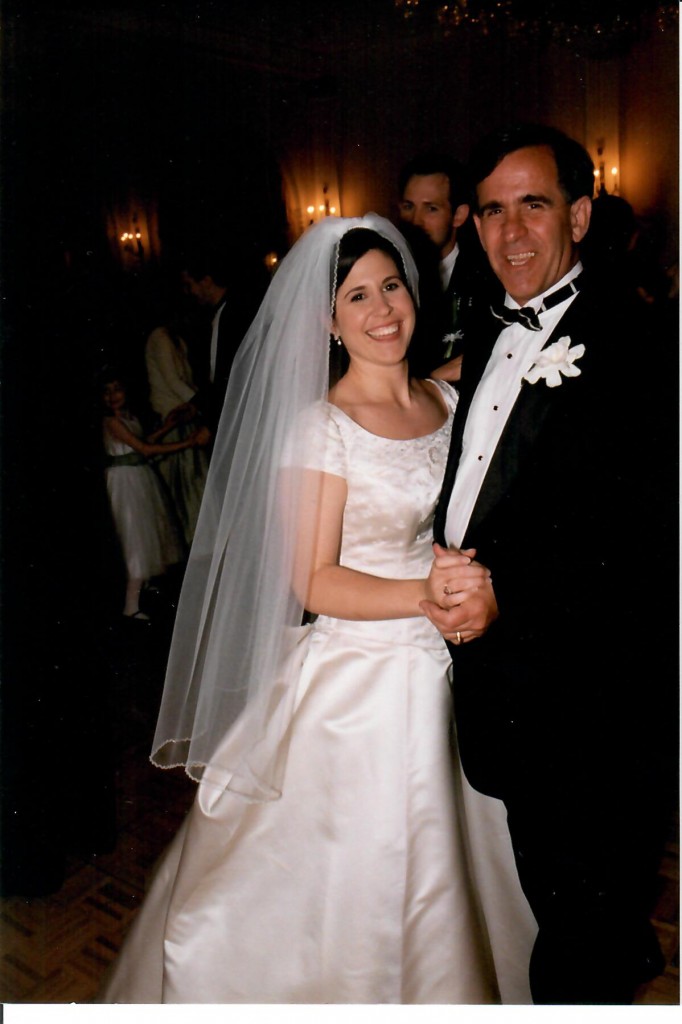 The writer with her dad on her wedding day. Photo by Gerald Martineau

Dad’s best friends, Ron and Pete, have shared many memories with me and my husband during the walks we’ve taken since his death—outings that remind me of heartier days when all five of us used to go running every weekend. These walks have been therapeutic for us all, but I can’t shake one comment Pete made as we were talking about the childlike pain of loss that strikes once both parents are gone:

Jennifer Sergent is a design writer based in Arlington. Follow her DC by Design blog at jennifersergent.com. This essay first appeared in the Smith Alumnae Quarterly summer 2020 issue.

9 Ways to Celebrate This Fourth of July