Winter is the cruelest time of year for those with seasonal depression. Some have found that light therapy can help. 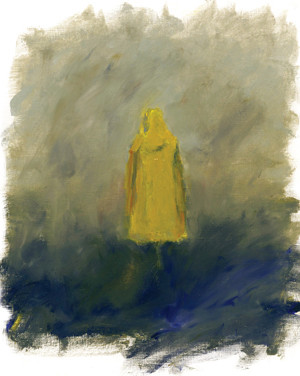 The first fall and winter I lived on the East Coast, I seldom left my bed. It was 2006, and my husband, Ron, and I had recently relocated 3,000 miles from California. The move proved more difficult than I had anticipated. I spent hours fused to my sheets, like a bug tangled in a web, staring at the ceiling. On gray days, I would look out the window and scowl at the overcast skies. Some days it could take hours before I mustered enough energy to shower and trudge down the hallway to my home office.

A February escape to Mexico helped. As I soaked up the sun’s rays, the ocean breeze lifted the weight from my chest and my sadness subsided. When I returned home, cherry blossoms were swirling. Color had come back to the world. I felt rejuvenated and dismissed my winter blues as a case of homesickness.

But when the symptoms returned the following November, I began to wonder if I suffered from something other than missing California. When the pattern repeated yet again a year later, it occurred to me that I probably had seasonal affective disorder (SAD).

First identified in the early 1980s by researchers at the National Institute of Mental Health (NIMH), SAD affects as many as 35 million Americans, according to Mental Health America, a nonprofit organization that promotes mental wellness.  Most suffer from mild cases of the “winter blues,” but for 6 percent of the U.S. population, the symptoms are more severe. Similar to those associated with chronic depression, they include hypersomnia, social withdrawal, no interest in everyday activities, weight gain, changes in appetite and melancholy.

The distinguishing factor is that the symptoms are cyclical. For most people with SAD, depressive episodes recur in fall and winter and resolve completely during the summer months. In its most pronounced form, SAD can lead to hospitalization or suicidal thoughts, says Dr. Kristina Deligiannidis, medical director of the Depression Specialty Clinic at the University of Massachusetts Medical School in Worcester, Mass.

Carrie,* a 22-year-old Arlington resident, says that her episodic depression resulting from SAD has put a strain on her career. She’s lucky to have an understanding boss, who allows her to maintain a flexible work schedule in order to meet deadlines. “I need to be creative,” she explains. “On a rainy day, my production level might be down 90 percent, so I’ll work on [a sunny] Saturday.”

Many SAD sufferers decline to seek treatment, assuming it’s something they just have to live with. They fear exposing themselves to the social perception that SAD is a made-up illness.

Greg,* a 52-year-old Falls Church resident, feels depressed each winter but questions whether his recurring melancholy qualifies as a clinical disorder. “We see trees drop leaves in October, but we don’t get all panicky,” he says. “Trees aren’t supposed to flower 12 months out of the year.” He isn’t sure humans are supposed to either. Still, his goal every winter is to “hold it together” and maintain a regular exercise routine to fend off malaise.

SAD is most common in adults between the ages of 20 and 40, and affects four times as many women as men. That propensity may be due to cyclical hormones, says Dr. Norman Rosenthal, a clinical professor of psychiatry at Georgetown University Medical Center who pioneered some of the earliest research on the disorder. It’s also more common in northern latitudes. Population surveys published in Psychiatry Research show that nearly 10 percent of people in New Hampshire have reported symptoms of SAD, compared to just over 6 percent in Virginia and less than 1.5 percent in Florida. A 2009 Centers for Disease Control and Prevention survey found that people who live in sunnier climates tend to be happier than those who don’t.

Lynn,* a 43-year-old mom in Falls Church, can attest to this geographic theory. Although she’d had a lifelong pattern of low moods and lethargy during cold spells, her SAD became debilitating when her family moved temporarily to London, where she spent the winters sitting indoors eating chocolate and sipping red wine. With three kids and two dogs, she had a schedule full of obligations, but she found herself ignoring appointments and after-school activities so she could lie in bed.

Eventually, Lynn found help in a treatment that’s proved effective for some 80 percent of SAD sufferers: a light therapy box that mimics sunlight. Her family has since moved back to Virginia, where she continues to rely on the “happy glowing light” that sits next to her computer as a daily mood booster. She has also installed recessed lighting throughout her house and keeps a standing tennis date once a week.

Synthetic light has also helped Carrie maintain a more even keel.  “I use my sun lamp a ton,” she says, explaining that she practices one hour of light therapy every morning starting in September and increases the time as the days get shorter. 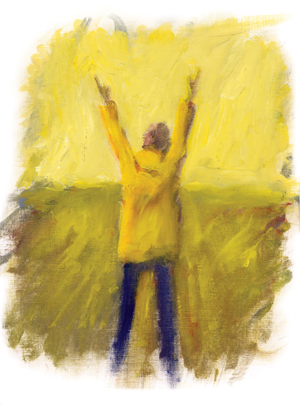 Experts aren’t entirely sure why light deprivation plays such a key role in SAD. “One of the theories is that the decrease in daylight impacts your circadian rhythms,” says Dr. Joshua Weiner, a McLean-based psychiatrist who treats patients with the disorder. Darkness may increase the body’s production of melatonin, a neurotransmitter that ties into our internal body clock and tells us to sleep. People with SAD may be particularly sensitive and need more daylight to suppress the production of melatonin.

Another hypothesis is that SAD sufferers have lower levels of serotonin and/or dopamine—neurotransmitters that are believed to influence mood—during winter, when the days are shorter. Some patients have found success in counteracting their symptoms by taking antidepressant medications seasonally.

Scott,* who lives in D.C., says he struggled with winter depression for years before an acquaintance referred him to Dr. Rosenthal, who maintains a practice in Rockville and suffers from SAD himself (see sidebar).  Now Scott takes antidepressants starting in late September and weans his body off them in March. He says he kicks himself for waiting 25 years to seek help.

As for me? I borrowed a light box my third winter here. (The SunBox Co. and BioBrite are two area businesses that sell these products.) Only 4 pounds and about 15 inches long, it’s a triangular device shaped like a Toblerone bar that emanates 10,000 lux.

At first, I was skeptical. But within days of using it at my desk, I felt more buoyant. I also switched out all the lights in our house for higher wattage bulbs (another recommendation of SAD experts, along with choosing a house with lots of windows). The brightness has made me feel better, although it bugs my eco-friendly husband. I ask him which is more important—a smaller carbon footprint or a happy, healthier wife?

Now entering my sixth winter here, I’m also taking Vitamin D supplements after a blood test indicated that my levels were low. Because sunlight is responsible for Vitamin D production, some scientists believe that Vitamin D deficiency may also play a role in SAD, although studies have been inconclusive.

I’m not sure I’ll ever fully embrace the winter months in Virginia. But maybe someday I’ll at least be able to enjoy sipping cocoa by a fire on a gloomy—er, I mean, cozy day. Especially if there is a light box nearby.

Jenny Rough is a freelance writer and sun worshiper. She lives in Alexandria.

How an expert on mood disorders beats his own winter blues 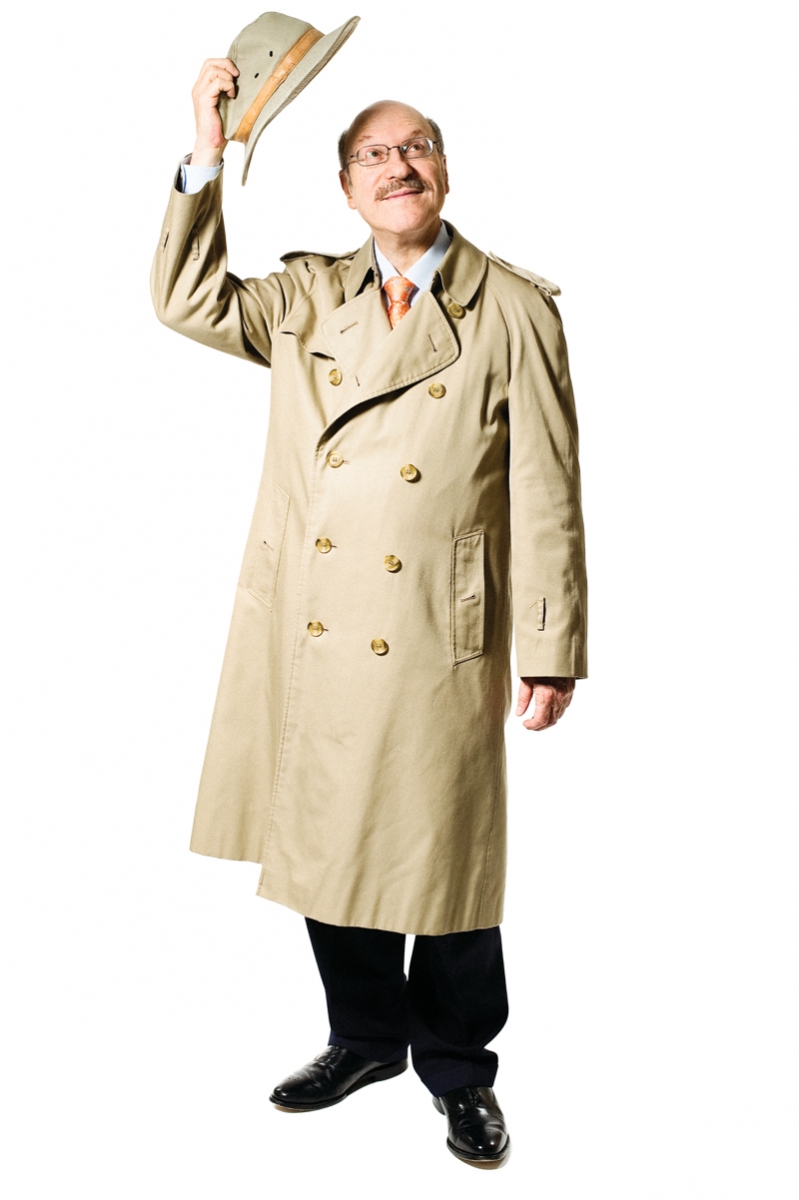 We all feel the wrath of winter from time to time. But for those with seasonal affective disorder, winter brings more than storms, squabbles with Dominion Power and some spoiled food in the fridge. For them, the season’s short days and lack of light can trigger a range of symptoms, including depression, lethargy, comfort eating and social withdrawal. Fortunately, there are ways to prep against SAD, according to psychiatrist Norman Rosenthal, who led the NIMH research team that first described  SAD in the early ’80s and pioneered the use of light to treat it. What’s more, Rosenthal has been successfully treating his own SAD for years. Here’s how he does it:

Light Therapy
At 6 a.m., while Rosenthal is still sleeping, a Sun Up Dawn Simulator hooked onto his bedside lamp provides a 45-minute dose of light that mimics sunrise. The lamp is angled to shine the light toward his eyes because it’s believed that the eyes mediate light’s effects. Light boxes—located in his bedroom, at his breakfast table and next to his computer—provide a dose of bright light (about 10,000 lux), for approximately 30 to 90 minutes during his morning routine in the winter, and in other seasons, too, if it’s cloudy and he feels “schleppy.”

Bright Exercise
Rosenthal walks for 45 minutes, four to five times a week, outside in the morning, substituting an elliptical session in front of a light box when the sidewalks are icy. Twice weekly he does yoga in his sunroom. Research shows that exercise aids mood, he says, but the effects are even more potent when they’re combined with light.

Meditation
For 20 minutes, twice a day, Rosenthal meditates, using the transcendental meditation technique. He sits comfortably, repeating a mantra to attain a state of aware relaxation. The stress-relieving and mood-elevating outcomes of meditation are detailed in his recently published book, Transcendence.

Food Choices
People with SAD often crave fattening carbs. To prevent out-of-control eating, Rosenthal has virtually eliminated pure sugar and white starches, such as pasta, from his diet, focusing instead on protein, greens and complex carbohydrates, such as legumes. Maintaining a healthy weight, he says, keeps him in good spirits and on a “positive spiral.”