This Hot Sauce Brings the Funk 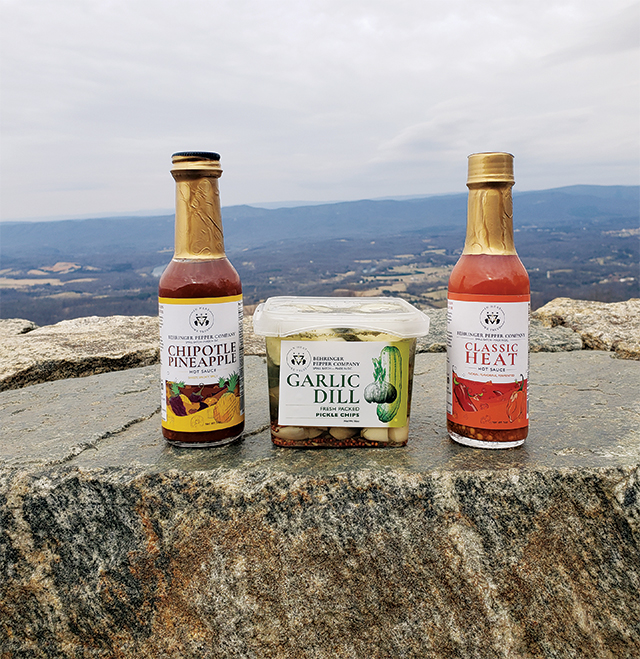 You could say Matt Behringer’s newest venture got off on a sour note. In August 2020, the Dominion Hills resident turned his food fermentation hobby into a business, Behringer Pepper Company, which operates out of Union Kitchen and sells hot sauce and pickles from the food accelerator’s five retail stores in D.C. and Ballston.

Behringer grew up in Arlington’s Barcroft neighborhood. He’s been drawn to the culinary arts ever since childhood.

“My father was huge into cooking and was a restaurant appliance repairman, so I went with him on jobs and watched the chefs,” says the entrepreneur, who holds a bachelor’s degree in microbiology from Lynchburg College (now the University of Lynchburg).

After leaving a restaurant management job that wasn’t a good fit, he discovered a YouTube series of tutorials on fermentation and began experimenting with foods like kimchi and sauerkraut. The pepper sauce he concocted is what proved revelatory.

“I’ve yet to find anyone doing a full fermentation hot sauce using only lactobacillus, the natural bacteria on fresh produce, with no vinegar or lactic acid added, to get that unique funky flavor profile,” he says.

Behringer’s classic hot sauce is made with Fresno and habanero peppers, hibiscus, ginger, garlic and cardamom; his pineapple sauce, in addition to its namesake fruit, includes chipotle and habanero peppers and garlic. He says both (which retail for $8.99) are hotter than Tabasco and sriracha, although they haven’t undergone a formal Scoville test, which measures heat level. His tangy garlic dill pickle chips ($6.49) are also popular.

Union Kitchen has turned out to be just the partner he needed. “I couldn’t just make the sauce in my kitchen and sell it—the health department had to inspect it,” Behringer says. “I looked for rentable kitchen space and found Union Kitchen, which brings in food entrepreneurs looking to get a product to the market and helps them with scaling, branding, licensing, marketing and distributing—things I would never have thought about.”

In addition to the Union Kitchen stores, his products are also sold in several small D.C. food markets. “We’re now focusing on expanding into smaller grocery stores in Arlington,” he says. “Arlington is where most of my social media following is.”

Related Stories:
For a Tangy Cocktail, Try Shrub
13 Farmers Markets to Hit This Spring and Summer