This Podcast Brought to You By Two Arlington Moms 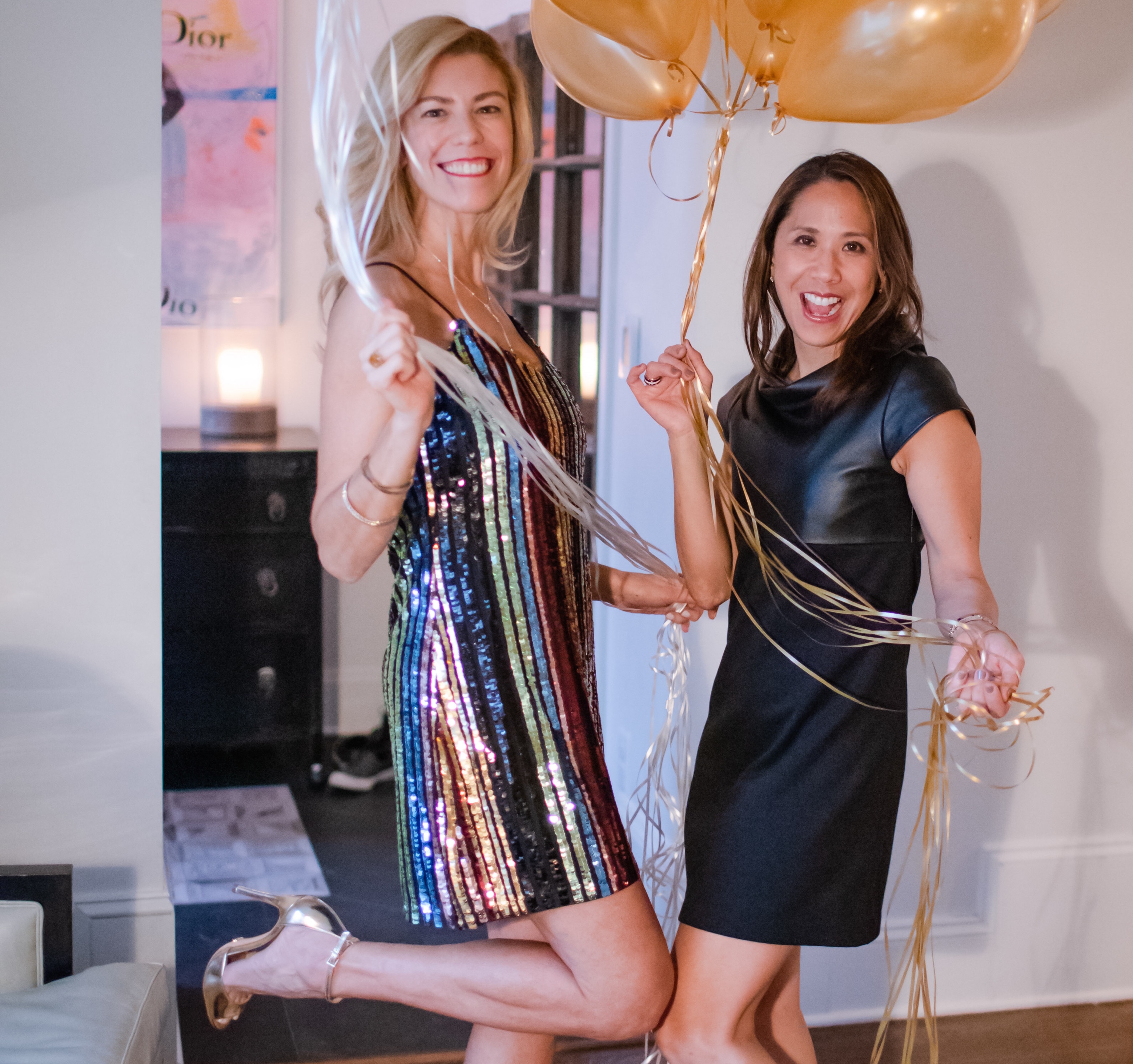 The typical arc of a girls’ night out goes something like this: Start with a couple rounds of prosecco, proceed to banter about Workin Moms or GLOW, move to revealing walks down college-era memory lane, descend into conversational gray area where little is later remembered but all is riotously funny, end with smarting hangover.

But for Christiana Campos and Tanya Saunders, a recent girls’ night didn’t have them reaching for the ibuprofen—it had them grabbing a laptop and microphone.

Four weeks ago, the Arlington neighbors, both 45, launched the Dreamboard Social Club podcast. Both are mothers who work full-time and really don’t have time for this podcast. But somehow in the crevices of their heavily scheduled lives, they’re finding the time.

On a random evening out last October, Saunders—a self-identifying “podcast junkie”—blurted out, “Let’s start a podcast.” Within days, she had emailed Campos a Jerry Maguire-esque mission statement (not a memo) about her show vision and culled how-to-start-a-podcast basics from YouTube.

“We want to start a movement of conscious dreaming,” says Campos, who co-owns two Spanish restaurants (SER in Ballston and Joselito Casa de Comidas in the District) with her husband, Javier Candon, has two children and does public relations for the National Education Association. She and Saunders met when their oldest children attended elementary school.

For Saunders, the desire to seek more from life was born of life-threatening trauma. In 2009, she acquired necrotizing fasciitis, a flesh-eating disease, while training for a marathon (the original source of the infection is unclear). She subsequently spent one week in isolation at Virginia Hospital Center and found herself scrolling back through her life and revisiting mistakes.

“It was this acute moment of I want to do this, I want to do that. I want to live life differently. I really want to be that other person I’ve always thought I wanted to be,” Saunders recalls. “But then the daily stuff just gets in the way—you go back to the autopilot living.” 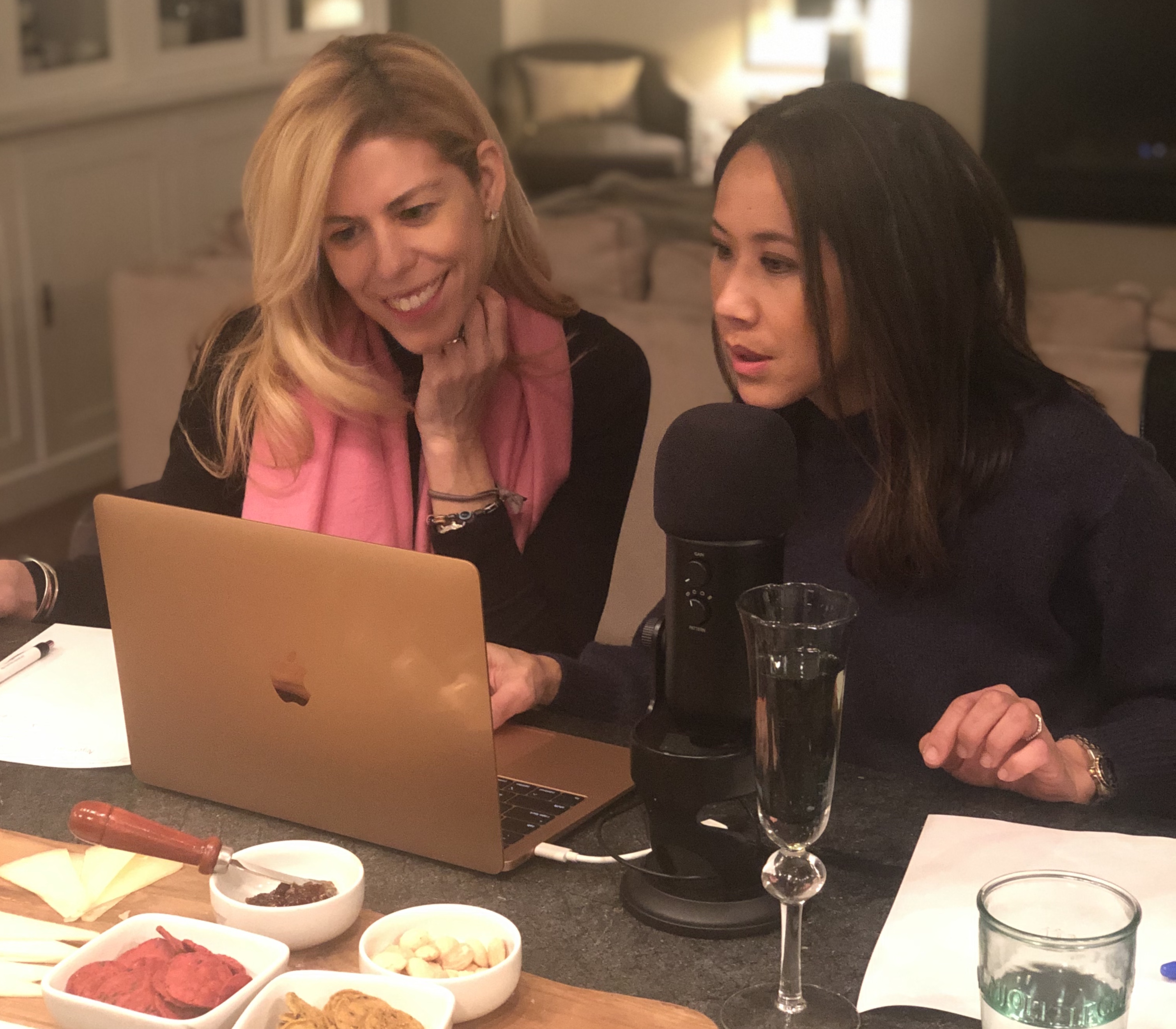 With an Instagram feed full of glasses of bubbly and inspirational quotes such as “Love the life you have while you create the life of your dreams,” the Dreamboard Social Club podcast joins the ranks of scores of personal-development shows already clogging the catalogs of Apple Podcasts. Yet Campos and Saunders hope to make their show unique.

In the six episodes released thus far, they provide a blend of approaches to self-improvement (think visualizations, goal-setting, and of course, dream-boarding) borrowed from well-known fonts of inspiration (Tony Robbins, Brooke Castillo, Hal Elrod) and interviews with successful local figures. They have also created a Facebook group for listeners as “an accountability community.” And though both hosts are working mothers, they’re careful to clarify that their target audience includes anyone who is looking to upgrade his or her life.

Their dreams for the show? Become a top-downloaded podcast. Host workshops and retreats. Develop an app. Establish international communities. And in the meantime, convey a key message to their current audience:

“Goal-setting is probably the most compassionate thing you can do for yourself,” Saunders says. “It’s not the actual achievement of the goal—it’s who you become.”