Get ready for housemade pasta and gelato, prosecco on tap and innovative seasonal cooking. And bring the kids. 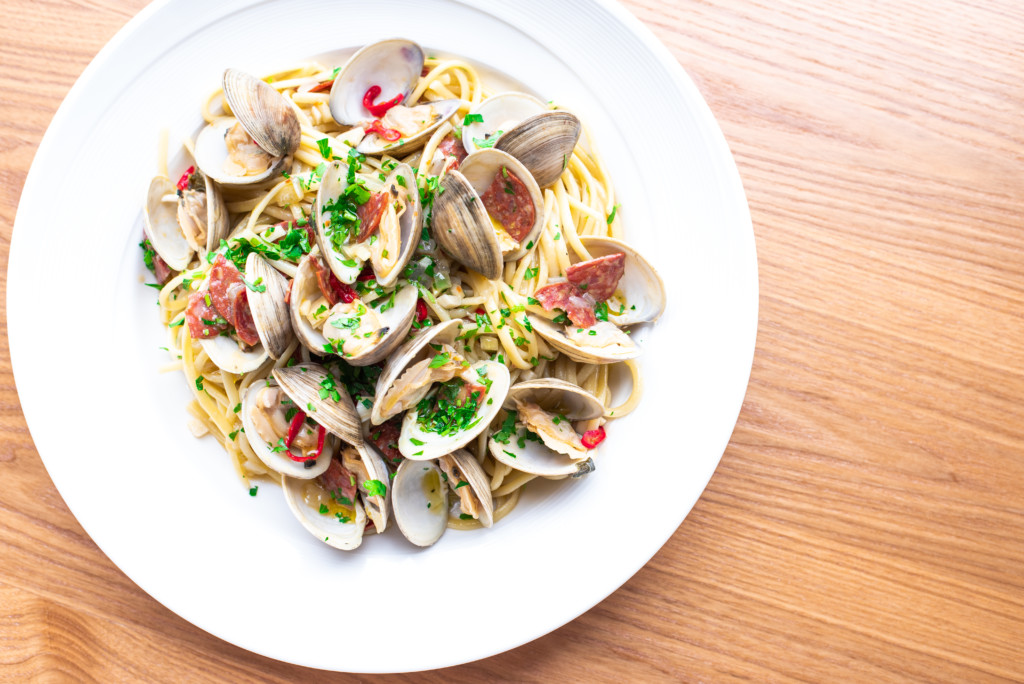 “Family-friendly” and “refined” needn’t be diametric dining concepts, according to chef Gabe Thompson and pastry chef Katherine Thompson. The husband-and-wife restaurateurs intend to check both boxes with Thompson Italian, a neighborhood osteria that’s slated to open in late May in the former Argia’s space at 124 N. Washington Street in Falls Church City.

The eponymous restaurant marks the first venture in Northern Virginia for the culinary power couple, who met in New York City in 2007 as members of the opening team at dell’anima in the West Village. (Both had previously worked at Michelin three-starred restaurants—he at Le Bernardin; she at Per Se.) Together they went on to become chef-owners of three more popular Italian restaurants in Manhattan—L’Artusi, Anfora and L’Apicio.

In 2015, they relocated to the D.C. area, settling in Arlington Forest, and Gabe became executive chef at RPM Italian on K Street.

But it wasn’t long before they were itching to open another place of their own. 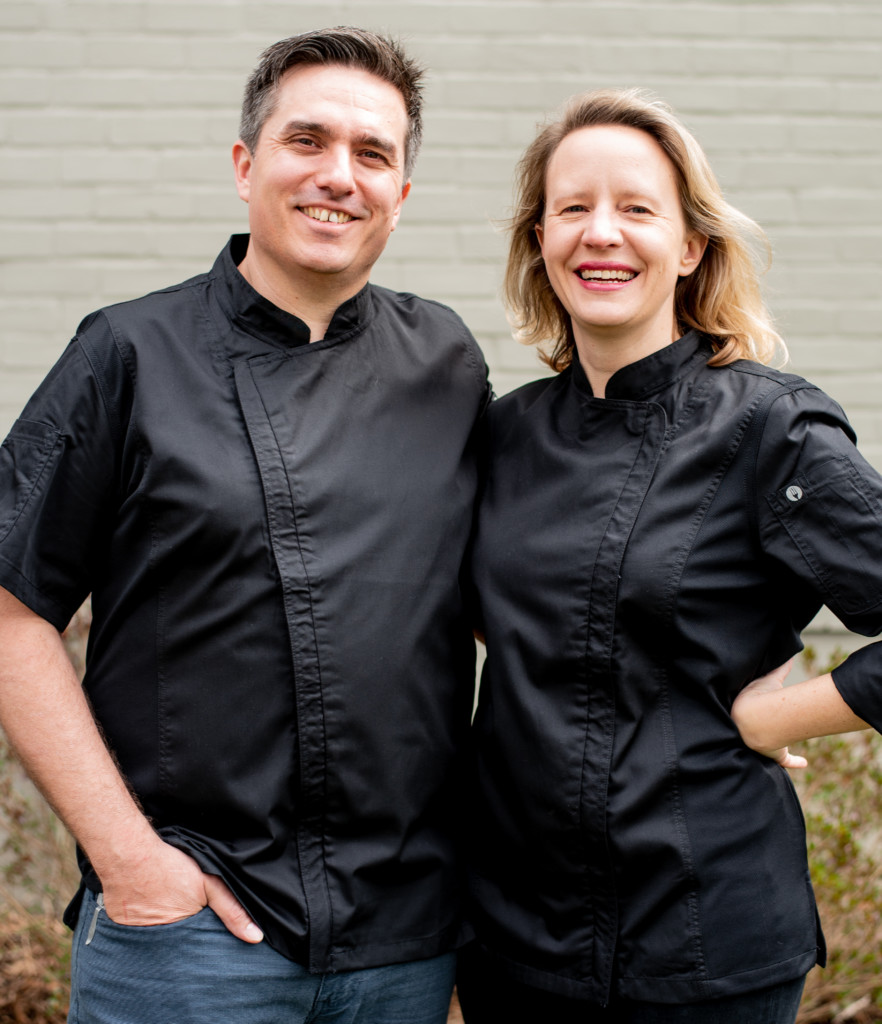 “I always hoped to have the opportunity to open a restaurant in my hometown,” says Katherine, an Arlington native who attended Taylor Elementary and graduated from H-B Woodlawn before heading off to William and Mary. “It’s been our vision from the start to create a true neighborhood spot where people can get a great meal in a place that feels warm and welcoming.”

Local restaurateur Nick Freshman, founder of the restaurant venture-capital firm Mothersauce Partners, is a partner in the new venture. “This restaurant is an extraordinary combination of true talent meeting an underserved need,” he says. “Katherine and Gabe have an incredible culinary pedigree. I can’t wait to see what they do for Falls Church and beyond.” Freshman also co-owns Spider Kelly’s in Clarendon and has a forthcoming cocktail and coffee bar, The Freshman, in the works in Crystal City. 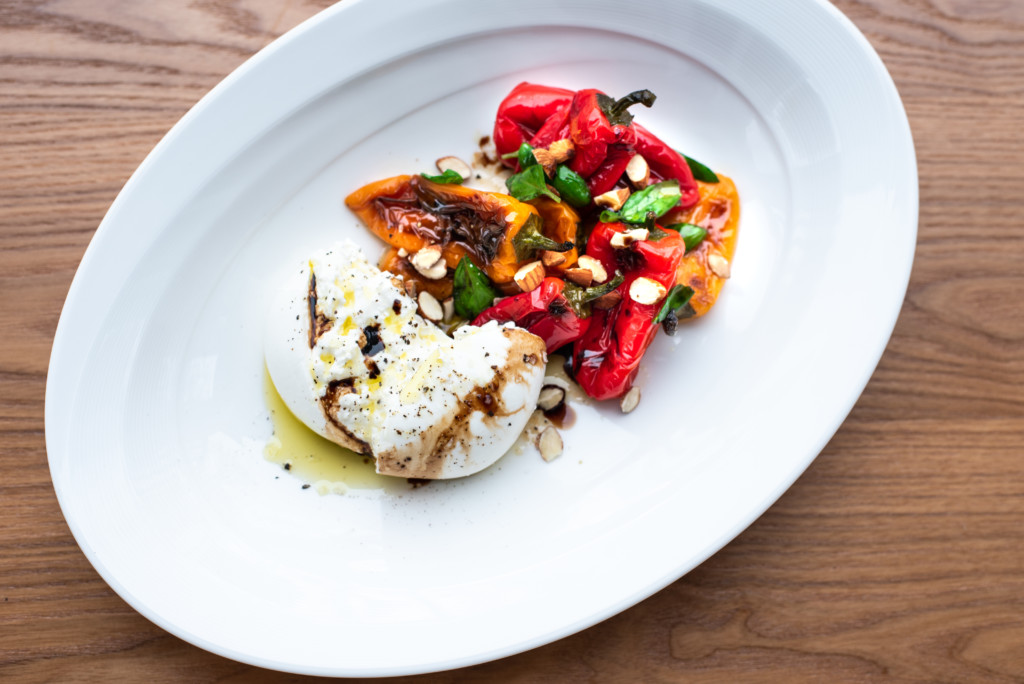 Seasonal local ingredients will drive the menu at Thompson Italian, where Gabe is currently tinkering with spring dishes such as scratch-made bucatini with ramps, Parmesan and breadcrumbs; and orecchiette with sausage, spring onions, picked peppers and peconno.

He takes his cues from whatever is fresh and available. “We might make carbonara with ramps in springtime,” he says, “or with Chesapeake Bay blue crabs in summer.” The menu’s basic framework is Italian, but the preparations won’t be strictly traditional.  “If Bolognese is on the menu, it will be our interpretation of what that is.”

Diners can also expect a few surprises reflective of Gabe’s Texas upbringing, such as chorizo in place of guanciale, or smoked paprika as a seasoning on poultry and meats. 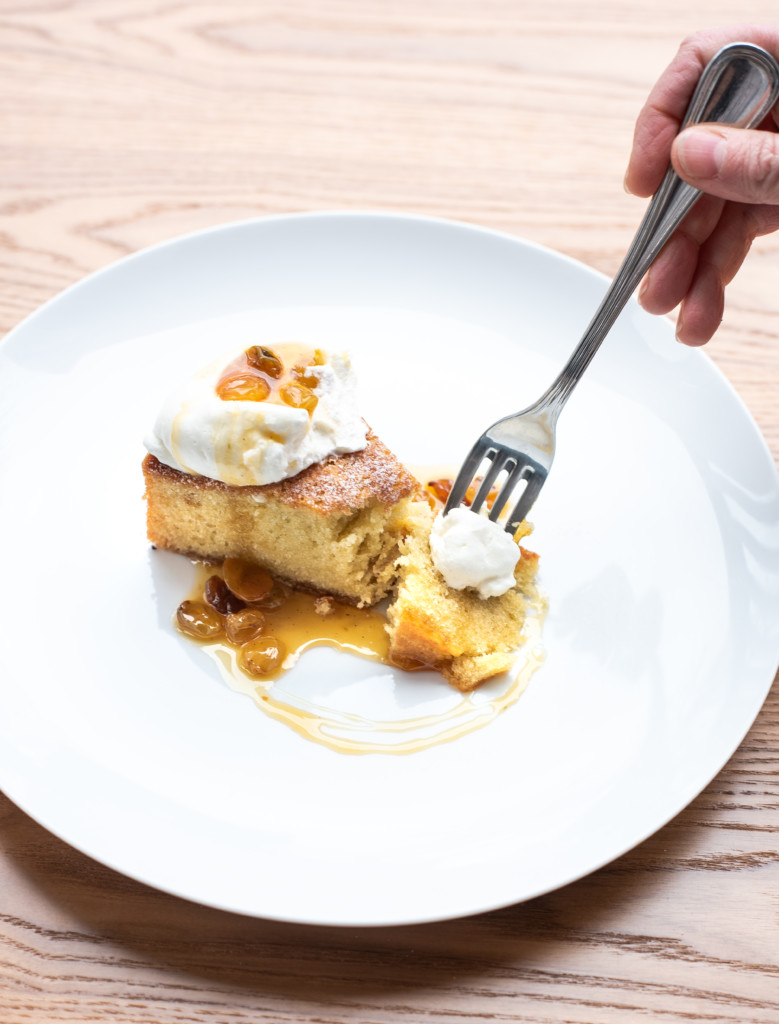 On the sweeter side, Katherine promises an enticing selection of dolci, including her signature olive oil cake; cannoli with ricotta mouse, dark chocolate candied orange and pistachios; and seasonal housemade gelatos and sorbets.

The beverage program will include four local craft beers and prosecco on tap, plus seasonal craft cocktails and a carefully edited short list of Italian and American wines.

Conceptually, the restaurant presents a way for both chefs to continue doing what they do best, while balancing the demands of work and family.  “When we started talking about opening a restaurant, I knew I was going to be working ridiculously long hours and I didn’t want to go from seeing my kids rarely to seeing them never again,” Gabe says. “With this location they can come here after school to do their homework and we can have family meals together.”

“Katherine and I are a good combo,” he continues. “People think it’s weird that we work together, but we bounce ideas off each other and we are good foils for each others’ cuisine. If I am tempted to go over the top on some weird tangent, she’ll say, ‘Don’t overcomplicate it.’ We are not afraid to be brually honest with each other.” 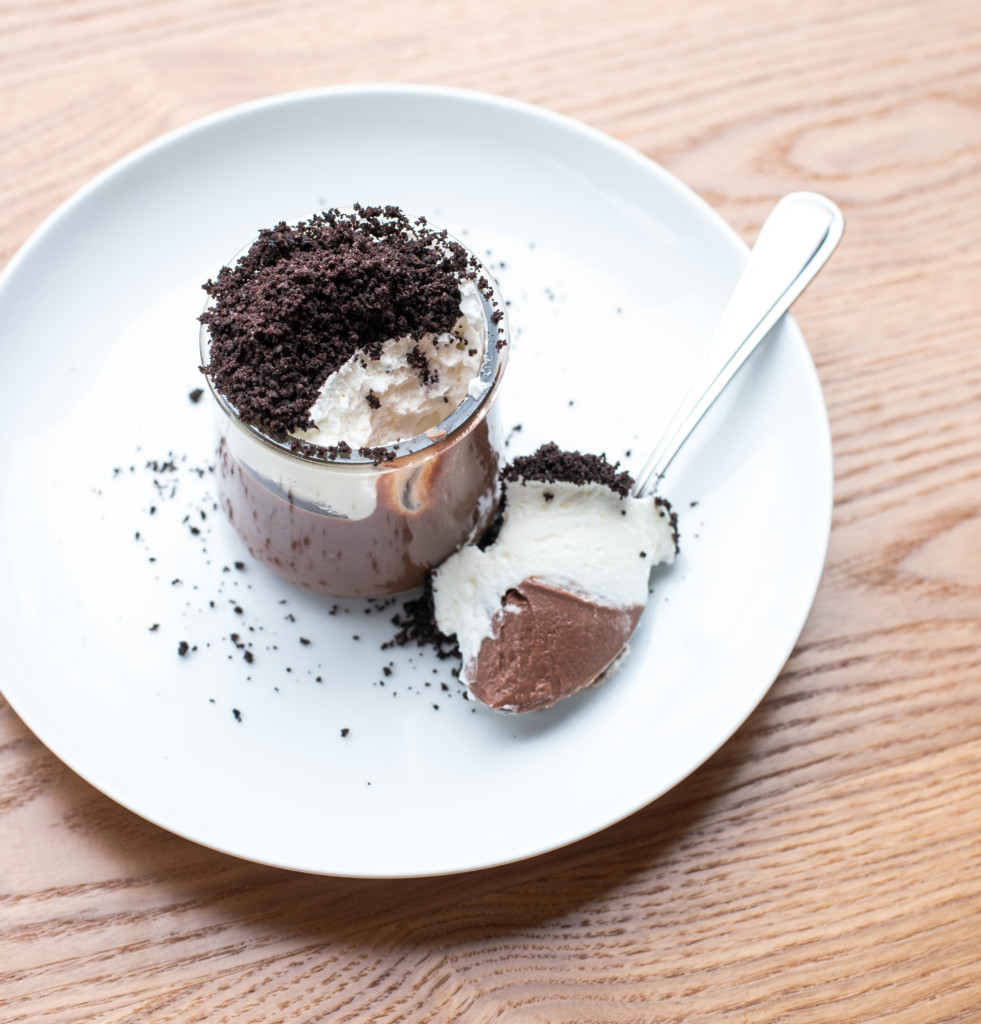 It’s a family endeavor in every way. Their children, Luke and Emily, both students at Barrett Elementary, are helping to create the restaurant’s kids’ menu by polling their friends and weighing in with their personal favorites. “I can promise we will have chicken fingers and french fries,” Gabe says, “or else our daughter will not eat here.” (One thing you won’t find on the menu, though, is pizza. )

The dining room will showcase paintings by Katherine’s father, Michael Lahr, a local artist and retired Arlington County high school art teacher. Rendered on acoustic fabric, they will cleverly double as sound-absorbing panels, complementing rich furnishings such as cognac-colored booths and patterned wallpaper.  Katherine is orchestrating the interior design, and Gabe has built a series of rustic light fixtures to complete the overall vibe.

All told, the 3,200-square foot space will hold 100 seats in the dining room and bar, plus an additional 24 outdoor on the patio.

“We really wanted to open a restaurant where families feel welcome,” Katherine says.  “Everyone we know has young children. We want to cook for them—and have the restaurant be an extension of our home.”

Thompson Italian aims to open for dinner service in late May, and will begin serving lunch and brunch later this summer.