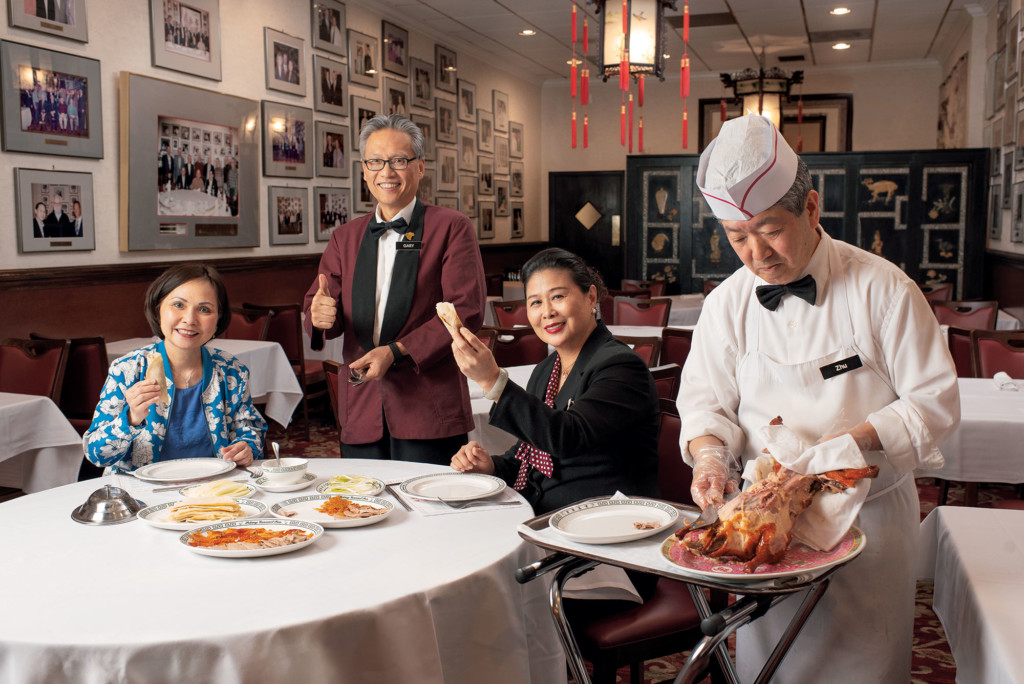 Peking Gourmet Inn celebrated its 40th anniversary last year, and in February was named a James Beard Foundation award semifinalist for Outstanding Service—one of only 20 restaurants nationwide to earn that distinction.

Eddie Tsui, a native of Shandong, China, opened the Falls Church eatery in 1978. It was famously put on the map by George H.W. Bush and his family, who were frequent customers well before the elder Bush became president.

Today, the walls of the 300-seat restaurant (it’s expanded twice) are filled with photos of successive presidents, ambassadors, members of Congress, movie stars and professional athletes— including Alex Ovechkin, who just celebrated his 33rd birthday there.

Eddie’s son George now owns what has become a local institution. “This nomination is a great honor. We spend a lot of time training people,” he says. “We have over 100 employees who come from all over. We don’t care where they come from, we only care about attitude. Every server must be professional.”

Even Washingtonians who famously disdain crossing the Potomac make an exception for the specialty here: Peking duck, carved tableside, with great flourish. “First they learn how to slice duck in the kitchen for two to three months because we have a tremendous carryout business,” George explains. “Once they have perfected the skill, they are ready to serve tableside.”

At the table, it’s a show. Servers carefully remove the crackling skin, scrape it free of excess fat and cut it into bite-size pieces. Using a cleaver, they then carve ultra-thin slices of the succulent meat and fan them out on a platter. A server in livery—white shirt, bow tie and burgundy jacket with a shawl collar—spreads a thin pancake with homemade hoisin sauce; tops it with duck, skin, scallions and cucumber; and deftly folds the ensemble into a tight roll, using spoons. (After the first one, it’s up to you.) The scallions—along with other produce, such as leeks, Napa cabbage and garlic chives—come from the family’s own Grass Roots Farm in Purcellville.

Peking Gourmet serves more than 80,000 ducks a year from Joe Jurgielewicz & Son’s farm in Pennsylvania. And the service excels, any way you slice it.