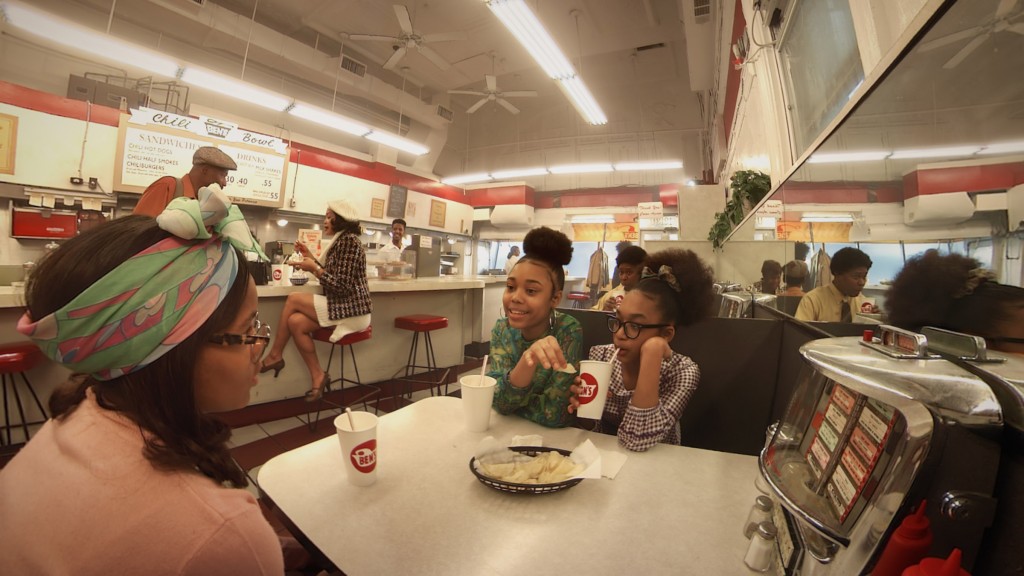 If you step into the McLean Community Center anytime soon, you may find yourself at a table inside Ben’s Chili Bowl.

Traveling While Black, an exhibit that opened last month and runs through Feb. 12, 2022, offers an unflinching and immersive look at racism toward Black Americans. The 2019 virtual-reality documentary directed by Oscar-winner Roger Ross Williams utilizes Oculus headsets to transport participants into the legendary D.C. restaurant. From the vantage point of a booth or a seat at the counter, viewers become privy to candid narratives from native Washingtonian Sandra Butler-Truesdale; civil rights activist Courtland Cox; and Samaria Rice, whose son Tamir was killed by a white police officer in Cleveland in 2014.

The roughly 20-minute film is the first virtual-reality exhibit for the McLean Community Center. Recently installed executive director Daniel Singh, who has served in arts administration roles in Baltimore County and Montgomery County, worked with exhibit creator Centre Phi in Montreal to acquire the exhibit after a three-month run at Georgia Tech.

“We really think about the community center as ‘the center of it all.’ And for us to build a community, I think empathy is the key,” Singh says. “Everything is so polarized in the media right now, and people just look at statistics and numbers. And we wanted to find a way to connect people back to the stories, to the humans.”

In the film, Butler-Truesdale, a D.C. historian and fifth-generation Washingtonian who grew up in a segregated neighborhood, recounts the indignities of train travel for many Black people in the 1950s. Though she was allowed to sit where she pleased on a train within D.C. boundaries, she had to move to the rear car once the train crossed into Virginia and was not permitted to eat or use restroom facilities while on board.

Ben’s Chili Bowl (initially, in its former incarnation as a pool hall) was one of thousands of establishments nationwide and internationally to be listed in a guide for Black travelers called the Negro Motorist Green Book. (The book was a key plot element in the 2018 film Green Book.) In 1936, Harlem-based postal worker Victor Hugo Green created the guide, updated annually, that became a necessity for Black motorists aiming to avoid the many dangers of travel, from harassment to death. 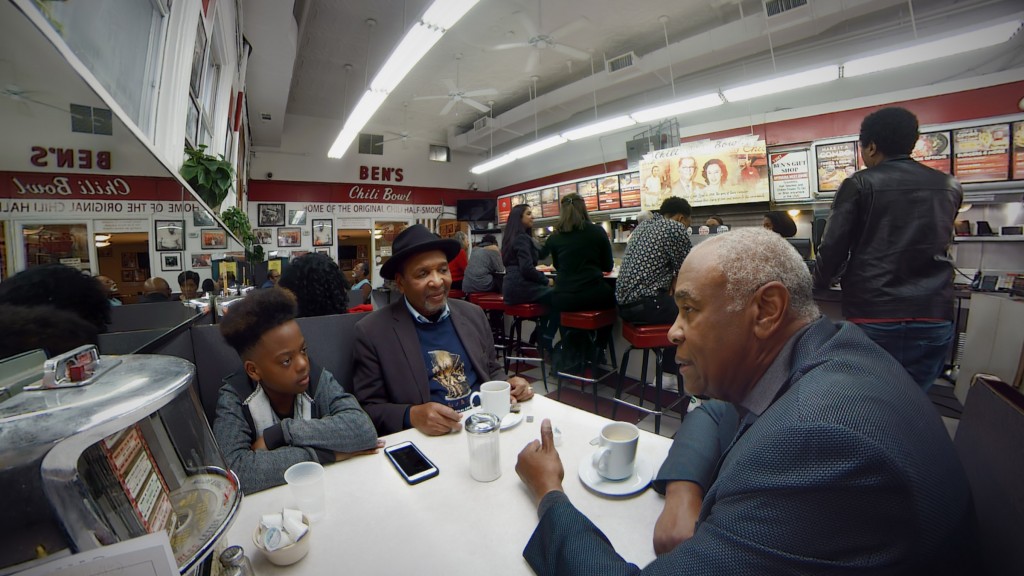 In the film, civil rights activist Courtland Cox recounts a 10-hour bus ride through the South in which he avoided stepping off the bus for fear he would be in danger. (Still photo from Traveling While Black/Courtesy of McLean Community Center)

In the film, Cox—an organizer with the ’60s-era Student Nonviolent Coordinating Committee and current chair of its Legacy Project—describes taking a bus through the South shortly after Fannie Lou Hamer and other civil rights activists traveling through Mississippi were jailed and beaten in 1963. To minimize the threat to his own life, he packed a lunch and avoided de-boarding the bus during the 10-hour ride.

Though the 1966-67 Green Book was the final edition—published six years after Green’s death and two years after the Civil Rights Act of 1964 prohibited racial discrimination—Cox notes its continued relevance.

“The assumption is, at some time [racial discrimination] stopped. And that’s not the case—it never stopped. That’s a continuous thing; that hasn’t changed since the beginning of the relationship that exists here between Blacks and whites in the United States,” Cox says in the film. “Young Black people don’t have the Green Book in front of them, but they have it in their head, where you’re no longer looking at ‘No Negroes Allowed’ and stuff like that, but you’re looking at the same thing which says, ‘These are barriers here.’ And then people feel that if you cross these barriers, they have a right to kill you.”

In addition to Traveling While Black, the McLean Community Center is hosting a series of performances and discussions through the winter and spring that aim to foster inclusivity or address racial justice. On the weekend prior to Martin Luther King Jr. Day, patrons can attend a concert and conversation with blues and boogie-woogie musician Daryl Davis, who has persuaded some 200 members of the Ku Klux Klan over the past three decades to leave the hate group.

Before visitors depart Traveling While Black, they have the option of filling out postcard-size reflection cards. Each has a prompt, such as “I feel” and “I will.” Completed cards may be added to a public display alongside the exhibit.

“We want to create a space where people feel comfortable sitting down and talking about difficult things, and being able to walk away with no perfect resolution,” says Singh, who is also planning virtual and in-person discussions for exhibit viewers in January. “It’s hard work, it’s going to be difficult. But not doing it is going to be much more devastating.”

Traveling While Black runs through Feb. 12 at the McLean Community Center, located at 1234 Ingleside Ave., McLean. Admission is free. Registration is required.